Indian industry is neither capitalist nor socialist. It's inefficient: RC Bhargava

Chairman and former CEO of Maruti Suzuki, RC Bhargava, talks about the importance of competitive manufacturing to India’s economy—and why electric cars may not see major uptake in India for some years 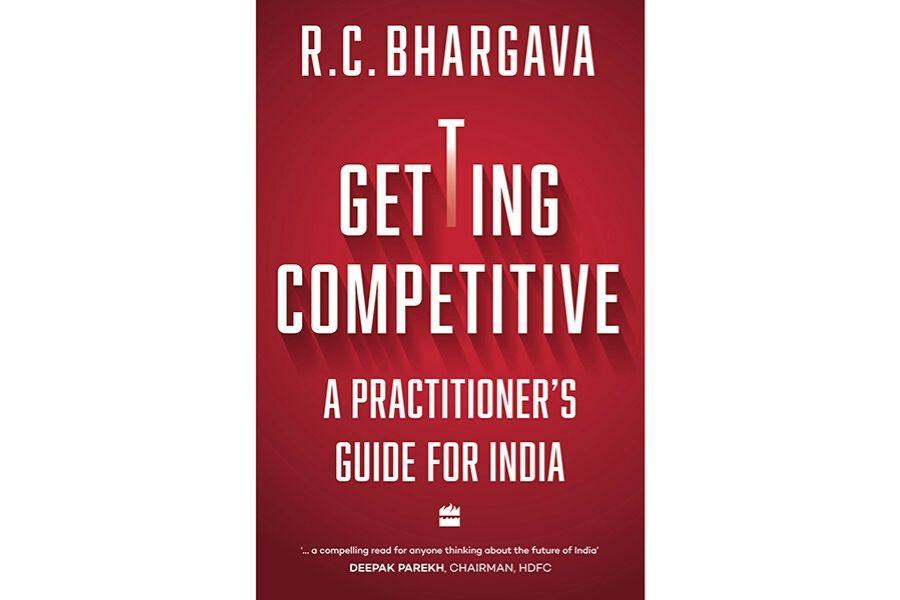 RC Bhargava, chairman of Maruti Suzuki Ltd, started his career as an IAS officer in 1956 and worked for Bharat Heavy Electricals Limited before joining Maruti Suzuki in 1981. The 85-year-old veteran of the Indian automotive sector speaks to Forbes India about his book Getting Competitive, the need for tax and policy reforms in the manufacturing sector, and the future of the automobile sector in India.

Q. You have discussed both Nehruvian policies and Narendra Modi’s policies in your book. What are the key initiatives that stand out for you from both regimes? The biggest change that took place when Narendra Modi came to power was his emphasis on reviving manufacturing. Not only did they say this is the most important thing for India, but he started making a substantial number of reforms to make it easier to do business in India and reduce costs.

And now I go back more than 60 years. I don't remember any other government that actually made specific attempts to make manufacturing more competitive, and make it easier to do business in India. Everybody talked about it. But talk is one thing, and doing something about it is something else.

And that is the biggest difference: That Modi is actually trying to do something. It's another matter that for various reasons the policies have not been what you would expect them to be. But at least you have a person who is committed. It also depends on what kind of advice he gets, what kind of system he has inherited, and what kind of mindsets people have.

Q. In your book, you have mentioned: “Poverty cannot be eradicated unless wealth is created in the economy”. How can this be done?
You cannot give people a better quality of life in India, whether it is education, health care, sanitation, water supply, housing or infrastructure, if you do not have wealth in the country. And you have to keep creating wealth because our population is increasing.

When I looked at Japan, I found a country that has grown manufacturing to heights beyond what any Western country could do, despite not having either energy or material resources. And although this country doesn't profess socialism, if you look at how people live and behave, it's the most socialistic country in the world.

Q. You have written that in India 28 people per thousand own a car, whereas in China it is 150. What do we lack and how can we do better?
It is my ability to manufacture cars, but I can only manufacture as many cars as customers are willing to buy. So demand is a key factor for determining at what rate an industry will manufacture and grow.

In India, we have always believed that manufactured products are meant for the rich. And because we wanted to bring in socialism, we thought we could do that by pricing products for the rich. So there are taxes on not only cars, but refrigerators, washing machines, microwave ovens, and various other products. By doing that, prices go up to a level where the market is a very small segment of the population, and that segment doesn't grow very fast. And so the industry does not [grow fast].

The second thing is, there's no reason why the lower middle class should not aspire to products used by the rich. That is what development is all about; to get people to improve their living standards. If today in a hospital the poor have to stay 16 to a dormitory, with no air conditioning, should we not aspire to enable those dormitories to have air conditioning and better cleanliness? How can you do that if you don't make these products more accessible?

Cars in India are taxed at probably the highest rate in the world. Around 1998, China and India were at par in terms of the number of cars produced. In 20 years, China's production has become something like seven or eight times ours. And it's supposed to be a communist country.

It’s one thing to say you are a communist or a capitalist, but that's for people to hear. What you actually do, is what you are. So the Chinese profess communism, their industrial system is based on capitalistic competition. The Japanese profess capitalism, but their living is socialistic. What does India do? It professes socialism, but its industry is neither capitalistic nor socialistic. It's inefficient. That's all.

Q. Earlier, public sector units (PSUs) did not have any competition because the government did not want it. How has that affected industry in the long run?
For some reason, our planners and economists thought competition resulted in waste, and created a system that would not allow competition. But the result of that was what we saw in 1991. The country was bankrupt in terms of foreign exchange, with double-digit inflation. All our manufactured products had become obsolete. Quality wise, most essential things were in short supply. So that is the result of not having competition, and not having free access and entry into the industrial field.

Q. While capital has come in through global private equity funds and foreign direct investments (FDIs), over the last few years the number of larger corporations deploying capex have gone down considerably. Why?
While FDI into India has been increasing quite steadily, what has comes into manufacturing and new projects is very, very small. And, for example, out of the companies being moved out of China, a very small number have come to India. So, the reason for writing this book is about how conditions in India are not attractive enough when compared to other countries.

People investing in India are willing to enter sectors like drugs and technology, but not manufacturing. The capital in this area is drying up because demand is not increasing fast enough. Indian companies have spare capacity, so they also don't want to make investments. So the net result is capex and manufacturing being slow.

Q. Because of the pandemic, companies are expected to see revenue erosion in the coming quarters. How do you think things can move forward from here?
This is an excellent time for us to take stock of where we are in manufacturing and why we are not competitive. And I think the government is doing just that, because they have also realised that manufacturing in India needs to become much more attractive for people to invest in. This means the cost of manufacturing, the rate of growth of demand for manufactured product, and availability of skills. But overall it means people should find it easy to manufacture in India and compete successfully anywhere in the world. This is what an investor wants.

Q. When it comes to automotive exports, India does not rank high. What are the measures required to increase exports?
We keep announcing policies that will give incentives for exports, but those are not the real answers. The first requirement is to push up the quality of exports and the reliability of supply. Products will then be bought by customers outside India, because they will get better value for money. But if our products are inferior, you can't get people to keep buying them merely through subsidies and goals.

Our manufacturing and exporters’ organisations also make the mistake of asking for financial concessions for export goals. But the answer is to make products in India in a much more competitive manner.

Q. You argue in the book for fixing taxes on manufactured products so that demand within the country is high enough to sustain the required rate of growth. Please elaborate.
I believe demand will be determined by the affordability of products to larger segments of the population. If our GDP is growing at say at 7 percent a year, then per capita incomes are growing around 5.5 percent a year. If you want to increase your market size, the cost to consumers must not go up by 5 percent a year; it should remain the same or go up by 1 or 2 percent. So that if their income goes up by 5.5 percent, the product itself becomes cheaper.

How to make this happen? Partly through Central and state taxes, partly by reducing production costs in which the government has a role to play.

Q. With the pandemic changing cost and demand pressures, will we be able to stick to the timelines on electric vehicles?
Electric vehicles include two-wheelers and four-wheelers. The government has recognised that two-wheelers need to be electrified before four-wheelers because infrastructure requirements to keep costs affordable is much easier for two-wheelers. Today the costs are unaffordable, and the infrastructure is lacking. So, I don't see electric cars becoming a major product in India for some years to come. But I do see a great need to electrify two-wheelers first.

9,357
Thank you for your comment, we value your opinion and the time you took to write to us!

Tweets by @forbesindia
Prev
'Consider urban employment guarantee and cash transfers'
Next
Finance, advertising, healthcare: What lies ahead for Amazon?