How economies rise and fall

Richard Davies’ ‘Extreme Economies’ is rife with lessons from places you would least expect, like refugee camps, Tsunami-hit regions and prisons 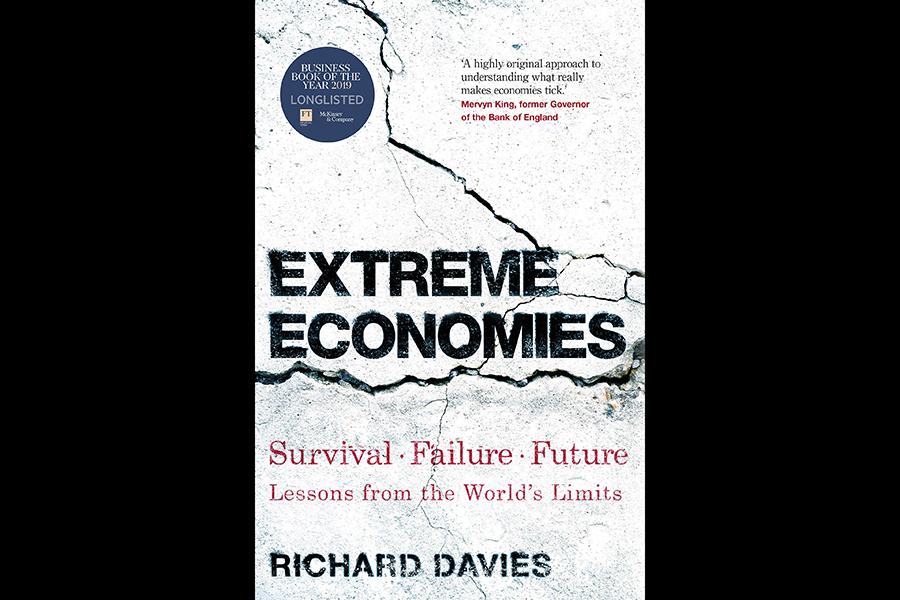 What if someone told you that the biggest refugee camp in the world, Zataari in north Jordan, inhabited by Syrian refugees who have fled war, has ended up creating an informal economy comparable to a regular, well functioned economy?

Well, it wasn’t designed that way. The refugees have their own ‘Champs Elysees’ (a street officially called Market Street 1 by the United Nations), where you can find everything from coffee shops to coiffeurs and clothes. More than 3,000 shops here provide employment to 60 percent of the camp’s residents.

How did this happen?

Richard Davies, an economist who has also served as advisor to the Bank of England, explains in a gripping book about nine economies, divided into three sections: Survival, Failure and Future.

“The sophistication of the small town and the number of entrepreneurs it has created speaks for itself. It has become a start-up haven. The rate at which they are setting up makes it comparable to regular well functioned economies,” Davies tells me during our conversation.

Here’s how it works: The camps are funded by the United Nations and taken care of by the World Food Program. Each family receives a prepaid card to use at two large super stores. But these super stores do not stock things that Syrians often use—fresh milk, ingredients for yogurt or fresh bread, for instance.

In this case, against the rules, people end up picking up powdered milk, hand packets over to those who smuggle them outside the camp, selling to Jordanians passing by in exchange of Jordanian dinars. This money is then used to buy products inside the camp, creating the informal economy.

Davies’ book also talks about a new camp nearby, where they tried to restrict the informal economy, and how that has underperformed.

Davies’ inspiration for the book came in summer 2016, when he was working for the ‘Remain’ side of the Brexit referendum. “My sister, a prison governor told me about how every prison she has worked with has an underground economy—an example of resilience and the idea of creating a new economy from nothing,” he says.

If we take survival as an example, we’ll see that there are a few big tests that society can go through—natural disasters, wars, displacement, incarceration. After using global data sets and the most extreme examples, Davies chose nine economies through which to narrate his book.

In the first survival story, he talks about Aceh in Indonesia, one of the worst affected areas during the 2004 Tsunami. The story details how Aceh, a historically important city, has actually witnessed higher growth, economic stability, a better lifestyle, since then, and how it resolved its geo-political issues.

The book, written in simple, fluid language, explains the complexity behind how the concept of gross domestic product (GDP) came into play during the Great Depression, and other economic indicators that hold value today.

As the book notes, engineer David Kirkaldy propagated the idea of how we can learn from extreme failure. One of the stories mentioned is of Glasgow, which used to be a thriving ship building economy, failed to compete because of a population drug problem. Another is on how livelihoods have been impacted at Kinshasha, the largest city in the Democratic Republic of Congo.

In the last section, Davies talks about cities of the future and cites the example of Tallin, Estonia’s capital, where 94 percent of work is paperless.

You don’t have to be a finance or economics enthusiast to read this one—Extreme Economies is economics laid bare, with human stories.

1,236
Thank you for your comment, we value your opinion and the time you took to write to us!

Tweets by @forbes_india
Prev
Trucking through India: Stories of sex, drugs and the highway economy
Next
The reforms India needs to navigate its challenges