How to value companies during Covid-19, with Aswath Damodaran

As the world grapples with volatile markets as a fallout of Covid-19, Damodaran, often called the ‘dean of valuations’, discusses his book 'Narrative and Numbers', and why we need stories, not mechanical valuations, to truly evaluate companies this year 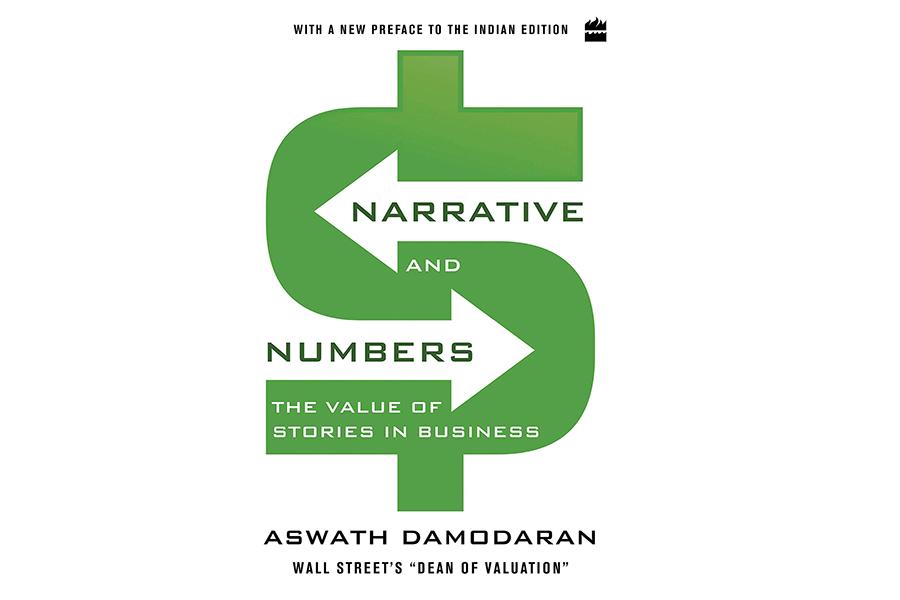 Commonly known as the ‘dean of valuation’, Aswath Damodaran, professor of valuation at Stern School of Business at New York University (NYU), discusses his book Narrative and Numbers, how to value companies during the Covid-19 pandemic, challenges for emerging markets, why venture capitalists don't value companies and more. Edited excerpts:

Q. How do you think people should converge narrative with numbers?I have been teaching valuation for a long time and I noticed a very disturbing trend. Over the last four years, our access to data has improved, our models are powerful, yet, we have not evolved. Even at most classes, you are taught to have an Excel spreadsheet—not a valuation.

You need to tie numbers together to form a story. But don't tell fairy tales or go to the other extreme. Now we see these founders who tend to tell great stories—for instance, about how big India is and how many hotels they can manage—but a story doesn't become a valuation until you start to grow in numbers. I think some founders need this book more than bankers.

Q. With Covid-19, how will valuation of companies change? Have we seen a period of such uncertainty in the world of corporate finance before?Post 2008, we did not know if banks would survive and that was a scary period; without the bank architecture, the entire economy collapses. When we talk of how to value companies, remember this is a small portion of a chapter in the book, so people who are focused in on that and extrapolating it into a horror story, are missing the point. People ask me, how can the market be doing well when the economy is going to hell? The macroeconomic numbers tell you absolutely nothing other than the fact that we are shut down.

That said, though, I think more than ever, you need to think about stories now because if your valuation is mechanical, then 90 percent people will value companies mechanically; they will take the numbers from the financial statement, plug them into an Excel spreadsheet, project numbers. That's not going to work this year. Your numbers from the most recent year, 2019, tell you absolutely nothing about what will happen in 2020. If I take Boeing’s or United Airlines’ 2019 numbers, I am going to get these companies looking incredibly cheap. Mechanical valuation, in fact is impossible to do. More than ever, you need to tell stories and those stories can be different because of this crisis.

For some companies, the stories actually get better because of the crisis. For those like Royal Caribbean or the Carnival cruise line, the story got a lot worse. Why? Because the crisis will have a long-term effect on them. People might be just more reluctant to get on a ship—not just next year or two years from now, but could be in perpetuity. However, for companies like Zoom or even Amazon, we can argue that the stories are going to make them more valuable, as they will be strengthened in the post-virus economy.

Q. How do we value companies if we don't know what cashflows are going to be like, what the terminal value is or what proper risk-free return is? How do we value anything at this point?The degree of uncertainty varies across time; what we have right now is macro-uncertainty which is what is worrying. In most times, people hide behind numbers or projections as if they are facts. Every number you project in the future is an estimate, an uncertainty. With some companies, we feel more secure of their numbers than others, but to argue that you are not uncertain at any point doesn't make sense to me.

If you think about statistics, uncertainty doesn't stop you from making estimates. The only thing is that the estimate will have a much wider range. So, if you value companies in a period like this, you are facing exactly the same kinds of uncertainties you face during any other period. The only thing is, you are more likely to be wrong—and guess what, everybody is facing the same scenario. You are just as uncertain as everybody else and you have to make your best judgment; ironically, it's in periods of maximum uncertainty that the payoff could make your estimates the greatest, because most people give up. Right now, many people in the market have thrown up their hands.

Q. India is not an export-led economy and government stimulus has not been enough. How challenging will the going be for emerging markets, especially India, when compared to developed markets?I think we should first stop calling them stimulus packages—they are survival packages. They are not stimulating anything, they are just letting you survive before the economy opens up. Let's face it, no economy in the world can afford to keep letting their people stay at home. The real question is not if the stimulus package is large enough, because in India, it's a matter of survival. For some people, this package might allow them to survive physically to get to work, two months from now or three months from now.

There is no economy in the world that can pay everybody; ultimately, currencies will become worthless if nobody is working. I think the real test for India will be how Indians behave once the crisis is over or when the economy opens up. Will they go back to restaurants or hotels? Will they start travelling? Will work begin? Because that is really what's going to determine the future of every economy—how quickly people can come back. And to be honest, nobody knows the answer to that. Never in human history has the entire global economy has been completely shut down.

Take 2008: It was primarily a developed market crisis because banks were at the heart of it. In the 2000s, the dot com stocks were largely in Silicon Valley. This is something that is global. So the question becomes that when you start the engine back up, will the engine actually start?

The more I see and listen to experts, the more I am convinced that they have absolutely no idea about what is going to happen, just like the rest of us. I would tell companies to avoid hiring consultants and experts to predict what will happen; you are just wasting your money and trying to pass the buck. One lesson of this crisis is that flexible companies are in a much stronger position than others. Flexible means you can scale up and scale down quickly. You can adjust and adapt to what's going on and that is going to be a premium.

There is not much contrast between emerging and developed market companies. It is between companies that have big infrastructure investments on the ground and companies that can scale up and down quickly; that's why tech companies have done so much better than manufacturing companies. It's a reason why Tesla will come out of this crisis stronger. Traditional automobile companies are trapped, whether its Tata Motors or Volkswagen. Assembly plants are sitting down and there’s nothing you can do. Tesla is making cars out of tents, without big assembly lines.

The reason India is so affected is that it is a heavily manufacturing and agriculture-driven economy; the component is such a small part of it. Indian companies should learn that they need to bring in more flexibility to their business models, even the heavy manufacturing firms. Airlines are in such trouble because they are borrowing on top of aircraft leases.

This will not be the last crisis we go through. What we have now learned is that every crisis is a global crisis.

Q. Your view on Venture Capital (VC) funds and their way of valuing companies?VCs don't value companies, they price them. What they do is project a numbers for three years from now, slap a multiple on it and try to flip it to somebody else three years from now. They’re very open about it and there's nothing wrong with that.

Let’s take the example of Mark Cuban—he is a legendary VC, right? But Cuban built his reputation by creating a high-tech company, Broadcast.com, and sold it to Yahoo for $5.2 billion at the peak of the dot com boom. You know where the company is now? It went bankrupt right after the dot com boom ended.

If you measure Mark Cuban on the quality of the company he built, he is a terrible businessperson but if you measure him as a VC, he did exactly what he should have done—get out at the right time. VCs are playing the timing game, not the valuation game.

Look how quick Softbank has fallen from grace. Two years ago, if you looked for a sophisticated VC, someone who could pick the right companies, Masayoshi Son would be right up there, right? 300-year-vision plan, picking companies out the blue, making them go from a billion to 20 billion. They did it with Flipkart right? A company that was never designed to make money, it's a company that was designed to just grow. I would never call Flipkart a business, it was a scaling machine who hadn’t had the faintest idea how to make money. They got in at the right time, got out at the right time. On Flipkart, Softbank clearly did the right thing, but on OYO, they didn't. That's the trade, sometimes you win, sometimes you lose. You should hope to win more often than you lose.

Q. Have you ever looked at a deal and thought that the banker did just nothing in the transaction?Almost every day. It’s really like they choreograph, they do the dance moves, go through the motions and act like they have valued a company, when, in fact, they have priced a company for an IPO or M&A. If they’re good, they stay in the background. But the problem with bankers is sometimes their egos get the better of them, and they get on TV and start boasting about companies they have valued. We could just laugh because I have seen banking valuations. This is far from the first principles. I have described M&A as a valuation graveyard, where you can see every first principle violated.

Am I arguing that bankers are unnecessary? Perhaps they are, in the IPO process. If you are bringing nothing to the table, why should I pay you 6% of the proceeds? In the M&A process, they might be more for the deal-making; asking a banker if the deal makes sense is like asking a plastic surgeon if there's something wrong with your face. What kind of answer are you going to get? The banker needs the deal to go through. Bankers should never give deal advice. They will make sure the deal goes through, but it’s not their money to lose.

7,298
Thank you for your comment, we value your opinion and the time you took to write to us!