In conversation with the French economist on his new book, Capital and Ideology, how the pandemic will reshape inequality and what steps the Indian government needs to take to cushion the blow 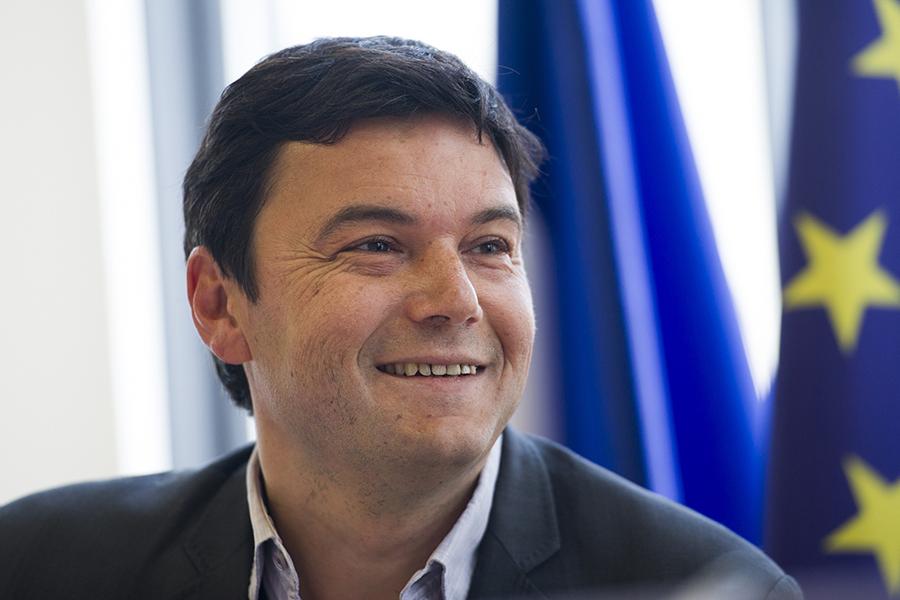 In an exclusive interview with Forbes India, Thomas Piketty talks about his book Capital and Ideology, increasing inequality in the world and how India needs to bring in basic minimum income policy to safeguard it’s workers. Edited excerpts:

Q. What made you write this book, choosing to focus on five economies?This, again, is a book on inequality in different societies in history. The main difference [from previous books] is that this one is more ambitious and brings in countries like India, Brazil, South Africa, Middle East. It tries to have a much more global perspective than the previous one. We can learn, from inequality and historical regimes, about ideal economic systems. With all of these dimensions, I think this is a much better book. My previous book had many limitations and I have learnt a lot travelling through the world.

India is a peculiar case in terms of data availability. Income tax data used to be available, then it disappeared in 2002 and reappeared in 2015-16. There still is too much opacity in inequality measurement in India but we are making progress, and this book takes stock of some of these steps.

Q. There is a view—strongly held in America and among some of India's noted economists—that inequality is good for economic growth, for human capital acquisition and social mobility. And that it is not a problem for an economy. What is your response? Well that’s a key ideological issue. Historically, economic prosperity has come from economic equality; in fact, the true source of economic prosperity is education. I don’t mean full equality, of course. For example, the United States has been an economic leader for the large part of the 20th century, and I think the reason why the US is more productive in the world in terms of GDP per capita income, is because it was an educational leader.

In the middle of the 20th century, 80 to 90 percent of Americans graduated high school; at the same time, that number was between 20 and 30 percent in Europe or Japan. But now, the US is no longer the educational leader. In the 1980s-90s, it was overtaken by western Europe, Japan, other Asian countries. Then there was a new theory of prosperity, proposed in particular by [President Ronald] Regan. It said that what we need in order to become the economic leader is to have more inequality and more wealth concentration among small groups of the population. The problem is that it did not work.

If you look at the US economy three decade after Regan, you will find that the growth rate has halved. Again, let me stress, the growth rate of national income per capita of the US between 1990 to 2020 was only 1.1 percent; it was more than 2.2 percent between 1950 and 1990, and also between 1910 and 1950, 1870 and 1910. So there has been a huge deceleration of growth in the US, due to different reasons. Depletion of natural resources is one explanation but the main reason is the lack of educational investment and equality. The US for long time was more equal than Europe, and I think this was good for economic prosperity.

Q. A close look at the data shows that the increase in inequality has come at the expense of the bottom 50 percent of the distribution, whose share of total income stood at about 20-25 percent in the 1980s in all five regions. This fell to 15-20 person in 2018. Why? Indeed, the share going to the bottom 50 percent has dropped in pretty much every society. In fact, it is moving towards 10 to 15 percent for places like South Africa. This drop has very much increased in US and Europe to an extent; but also in China, Russia and India in an even stronger way.

The general explanation is that there is a big shift in ideology and political attitude, a decline in progressive taxation, among others. In a country like India, the issues are in basic health and education services. Every country could make different choices but if you compare India and China, what is striking is that inequality is increasing more in India than in China. Elites in India did not finance a better education system or were unable to organise resources to create equality, growth and prosperity.

Q. You point out in your book that if India plays a central role in the history of inequality of regimes, this is also because of its caste systems. Can you elaborate?The increased inequality in India in recent trend is partly due to a decline in progressive tax, not enough tax resources invested in education and other services. What I stress is the root; there is a huge impact of British colonisation in India between 1871-1931, which probably contributed to rigidifying of boundaries of caste between people.

Independent India after 1947 tried to address some of these concerns by developing systems of quotas and reservations for citizens from lower castes, and also for women. I don’t want to idealise the system, but there is a lot also to learn from India for the western world to reduce inequality.

But the problem is that it is not enough. Land reform is also very limited in India and marginal concentration of property has remained very large. While quota reservation can be useful, for many people, access to land can be even more important. The system of reservation should plan its own evolution from the beginning. The system should from identity socio-economic attributes, parental income, so that over time, it can benefit those who need it.

Q. There is a fear in certain parts of the world—India included—that the pandemic may result in sectarian conflicts, as the fearful and the anxious (and even the opportunistic and bigoted) look for scapegoats in certain groups and communities. Is this typical behaviour in a pandemic or a sign of the times in which we live?In case of India, I think we need state and social policy laws for a lockdown. If you don’t have a safety net and some minimum income so that poor people don’t have to go out to get work, that’s not going to work. This should be an opportunity to accelerate the development of a safety and minimum social security system.

I regret that the government today is not picking up on Universal Basic Income, because I think it will be the right time to reintroduce this discussion. Sometimes, governments do things that they do not plan to, but are forced to by certain shocks. I hope the government will stop playing with identity politics and try to find more inclusive solutions.

Q. Do you think the pandemic will bring further to the fore inequalities in the so-called wealthy societies? As workers get laid off or furloughed or face pay cuts, income gaps between them and managements are likely to widen. What would be the impact of such inequality on health delivery, and on society?This is the time when governments should develop new systems of income compensation for people who lose due to the pandemic. To finance this income transfer, of course, you have to have more progressive tax, automatic transmission of the banking ecosystem. About debt and fiscal deficit, let me say, in rich countries the priority is not deficit or debt, the priority is to address social concern, to pay for the right social spending. There are times in history when debt will be postponed and debt will be exceptional policy tools.

2,482
Thank you for your comment, we value your opinion and the time you took to write to us!

Tweets by @forbes_india
Prev
The Corona Virus: A new book by Mumbai doctors
Next
How to value companies during Covid-19, with Aswath Damodaran