No incentive for quality in generic drugs world: Katherine Eban

In a world where quality is not the priority for generic drug makers, and companies are incentivised falsify data to move quickly, investigative journalist Katherine Eban reveals a world of misdeeds in the pharma sector with 'Bottle of Lies' 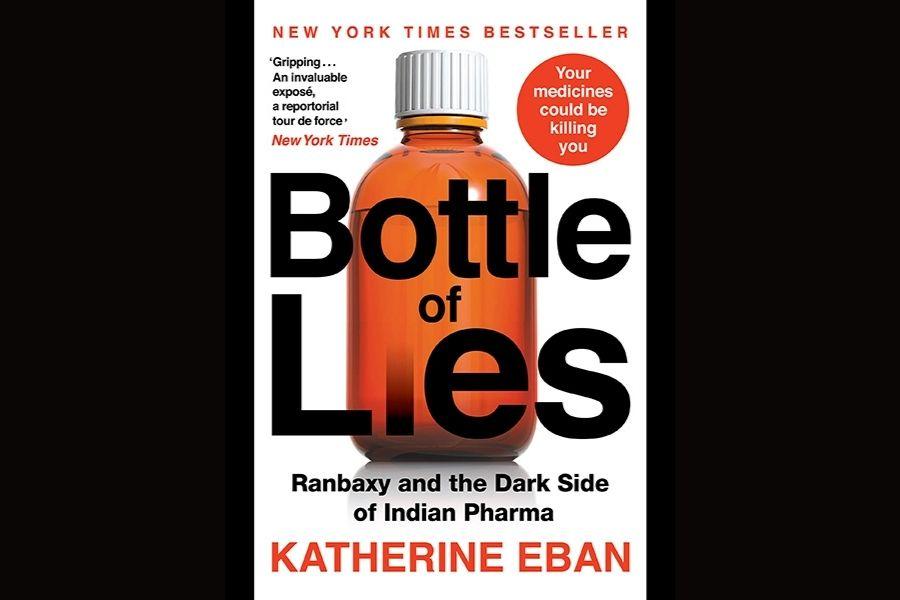 New York based journalist Katherine Eban  who started reporting on generic drugs in 2008, took ten years to research and write the explosive book, 'Bottle of Lies', which unearths the misdeeds at Ranbaxy, the story of its whistleblower Dinesh Thakur, generics markets around the world and what ails Indian pharmaceutical industry.

Q How did you start your research about this book?Once I started getting into how the US Food and Drugs Administration (US FDA) approves drugs, I began to understand that it reviews data submitted by companies in order to get approval. These companies have to submit data that shows the drugs are effective and safe. I began hearing that there was an investigation into a company I had never heard of before, called Ranbaxy. Once I started digging, I found that it was India's largest drug company at the time, it was the fastest growing drug company in the US and apparently, the FDA had a probe going on regarding its data quality and whether the data was reliable. I also learned that there was a whistleblower who had brought concerns about data to the FDA. I was able to piece together that there had been a very explosive PowerPoint presentation that had been shown to the board of directors, which was the result of an internal probe. It said that Ranbaxy had falsified data for over 200 drug products in more than 40 countries. This was a massive crime that had taken place inside of Ranbaxy and once I understood that, I began trying to put together the pieces of what happened. It had apparently been Ranbaxy’s open secret that it falsified almost every single piece of data that was submitted to regulators. And people inside had either put up with it or had become concerned.

Q. Ranbaxy’s whistleblower Dinesh Thakur played a key role in this case, can you explain his role?Dinesh Thakur did something very heroic, people need to understand that. Based on his concerns that patients around the world whom he had never met, were getting substandard drug products from Ranbaxy, he tried to alert regulators around the world. He wrote to regulators in Brazil and regulators in the European Union (EU) and regulators at the FDA. He finally got the attention of the FDA in 2005. That's when the probe into Ranbaxy began. He did not become an official legal whistleblower until 2007, which gave him some protections. He the got a lawyer so that was really when the official whistleblower case began. In all that time, he was not able to tell anybody what he was doing, not even his wife. That put an enormous strain on his family. This is a very dramatic story which forms the core of the book. Though I can't talk specifically about my interactions with Dinesh, needless to say he cooperated closely with the book.

Q. Why was it easier for Indian companies to alter data?While FDA checks in the US are largely unannounced and surprise visits, in India, the US FDA needs to seek permission from drug manufacturing plants with at least a two month notice. Drug makers are asked to book hotels and arrange ground transport for FDA officials. The dynamic was that the FDA inspectors were sent as guests of the manufacturing plant. If you're having guests over for dinner, you clean up the house before their arrival. That's what was happening in these manufacturing plants. They would bring in teams to fabricate data, change data, shred documents, clean up bird infestations, because they knew exactly when the FDA was going to come. Around 2013, the FDA had a new India director, Altaf Lal , who basically came in and said this system was absolutely ridiculous. By then, Ranbaxy had pleaded guilty to seven felonies related to fake data, so it was obvious that in at least one massive drug company there was a terrible data fraud. So Lal decided to change the system with a pilot program of unannounced inspections. They were just going to show up with no notice and make their own transportation plans. Once they started doing that, the whole thing changed. One plant was given 24 hours notice but then they changed their time of arrival. When they walked in, they found a group of people trying to alter data.

Q. You also mention about Mylan which was earlier known for its credibility in terms of tests and data, what happened there?Mylan was a company based in West Virginia in the US. And like many other pharma companies, it decided to go global and started acquiring companies overseas. One of the companies that ended up acquiring was Matrix. And with that acquisition, it acquired Rajiv Malik, who I think I described in my book as the Houdini of the generic drug world. Basically, there was nothing he couldn't reverse engineer. As he came on, and Mylan sped up production, drugs in the pipeline and global approvals, it essentially moved half of its operations to India. With that came allegations that it was committing similar types of data manipulation that had been going on at Ranbaxy. And in fact, inspectors found some very suspicious things at Mylan plants in India. It included what is called crashing files, which looked like the laboratory technicians were literally pulling the plugs of the computers in and out of the wall and corrupting the data. So presumably if you were manipulating test results, and you didn't want the FDA to see metadata in the audit trails, another way to deal with it is to literally pull the plugs out of the wall and corrupt the data. Ultimately what we have here is a global cat and mouse game between these pharma companies and investigators which in all likelihood is still going on as we sit here.

Q While your book talks about the perils of the generics market, governments and global agencies are dependent on these cheaper medicines for their medical programs. So where does one draw the line?There is no question that we need generics as our medicines are unaffordable. We have failed to regulate the price. We have turned to low-cost providers overseas and we are wholly dependent on them and cannot do without them. There has been an accusation that I am somehow anti-generic but that's not the truth. I take generics myself. I come from a point of view where I feel everybody should have access to safe and effective medicines, with the operative word being effective. How do you get to that place? A part of the problem today is that there are no incentives for quality. Companies have been given incentives to move quickly and falsify data to get approvals. So how do you incentivise quality? And that is a big question.

7,876
Thank you for your comment, we value your opinion and the time you took to write to us!

Tweets by @forbesindia
Prev
'To be a leader, master a skill': Carlyle's David Rubenstein