The poison at pharma companies, with Gerald Posner

Talking about his book 'Pharma', author and journalist Gerald Posner traces the heroes and villains of the pharmaceutical industry—especially one Arthur Sackler, who changed the way marketing worked for the industry, doing long-term damage to its ethics code 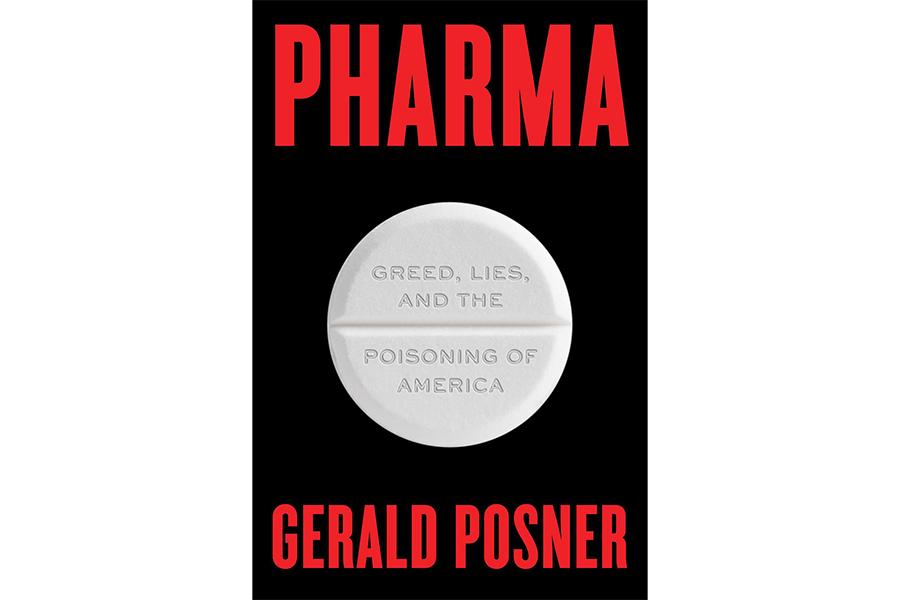 Award winning journalist and author Gerald Posner talks to Forbes India about his book Pharma and the early days of medicine, competition and rise of advertising in the pharmaceutical industry. Edited excerpts:

Q. Cannabis and heroin were legal in the 19th century. For example, Bayer came had a brand called Heroisch, which is heroin. And over the last five years, we've seen cannabis becoming a very large category globally. Can you talk about the evolution and the opioid crisis that we are going through?We hear about drug legalisation in places like Portugal, which are talking about decriminalising cannabis and marijuana. I didn't realise until I started to research this book, that in the 19th century, even into the early part of the 20th century, every drug was legal in America, and in most of Europe as well.

So what was remarkable is that was the early birth of the pharmaceutical industry in America was from morphine for the Civil War and World War I, and then it all dried up overnight, literally. In 1914, they passed a law that banned all of the narcotic opioids, cannabis to cocaine—and we saw similar laws in Europe as well. Then America went into the experiment where alcohol was banned too. So drug companies who were making a lot of money on what I call these addictive products suddenly had to figure out a way to make money without those products.

Now, back to the current time. America and many other countries are in the middle of an opioid epidemic, because we're back to seeing legal pharmaceutical companies selling addictive products and over-marketing them. So things go in cycles, but nothing as crazy as it was in the uncontrolled market of the early 20th century.

Q. A penicillin dose that cost $20 in 1944 had plummeted to only 30 cents three years later. Streptomycin followed suit, dropping 70-fold in price between 1946 and 1950. These were the most popular medicines of that time, what led to the fall?These were important drugs during the World War era. It's hard to overestimate the importance of penicillin, it is one of the most important discoveries in human history. So penicillin became a miracle drug and Streptomycin, an advanced version of that, protected against more illnesses and bacterial infections, and saved even more lives.

The US Government made it as a secret project; right behind the development of the atomic bomb was the development of penicillin. And it worked. So why did the free market allow the prices then to fall so low? That's because when the government put penicillin as a high priority, Streptomycin came in. They stripped away exclusive selling rights, patents to drug companies. So everybody had a right to the research, everybody could produce penicillin. Literally, two dozen companies were producing it non stop. And as a result, they competed on price, and the price kept falling. Pharmaceutical companies started to complain that they weren't getting any profit margins. Same thing happened on Streptomycin.

After World War II, 10 American pharma companies had 70 percent of the business and 80 percent of the worldwide profits. The war had decimated German pharmaceutical companies—American companies rich on penicillin stayed dominant. And when they couldn't make it on streptomycin penicillin, they decided to make knockoffs of existing drugs. Slight chemical variations, sometimes as little as one atom of difference, offering no benefit in terms of the efficiency of the drug or the way it could be dispensed. But the US courts allowed these patents. They won exclusive selling rights. And then their big challenge was to convince doctors to write their product.

Q. While pharma marketing executives in doctor’s clinics is common place now, it all started with Arthur Sackler, who lies at the heart of your book. How did he change the concept of marketing for the pharma sector?Pfizer, at that time, wanted to become an antibiotic player and it was run by a very hard charging aggressive CEO, Jack McKean. He was looking for a competitor for Terramycine. So he brought in the world's great biologists and doctors to figure out a new type of drug. They found one with one atom of difference and that became Terramycin.

They knew that chemically, it was the same as its competitor’s drug. It didn't offer any further benefit, but how would they make it a best-selling drug? They went ahead and hired for their promotion marketing, a small medical advertising firm run by a fellow called Arthur Sackler. The Sackler family owns Purdue pharma, and their opioid product Oxycontin became the best selling opioid narcotic painkiller of all time, but that's many decades later, in the 1950s. Arthur Sackler was the patriarch of the family and he was just creating medical advertising. Together with Pfizer, he recreated it, they became much more aggressive.

They started to run full colour ads in journals. Before that, they were running photocopies of the drug insert information. They sent out gifts for the first time to doctors, they sent free samples to doctors for the first time. They sent out what they called 'detail men'—at that time, they were all men—salespeople to visit doctors in person. Pfizer spent nearly $10 million on a promotion campaign. At the time that was unheard of.

A lot of people in the industry like Merck thought marketing was a waste of time, doctors wouldn't respond to it. But guess what? They did. As a matter of fact, Terramycine, with no advantage over any of its competitors, became the largest single selling antibiotic, the most popular for three years in the United States, and brought in big profits into Pfizer. But it also brought in big profits to for other drug companies because the five companies that should have been competitors had exactly the same price. They were charging the same price to distributors, to pharmacists, to companies and to the government, even though they had different distribution costs and production costs.

I will tell you that this started what becomes a bit of a trend in the pharmaceutical industry, especially in America, companies that do something wrong. If they are unmasked and regulators find out, the penalty is paying a fine. It's almost never prison time. It cuts down on their profits, but it doesn't put them out of business. It's the cost of doing business.

Arthur Sackler was a doctor; his family, his brothers were doctors. It was after I requested for information under Freedom of Information Act, that I unearthed stunning information on the Sackler family. It was an early 1962 investigation by the Senate that talked about a Sackler Empire, the fact that they were involved in so many different aspects of the business in the early 60s.

He made the first $100 million drug in the history of the the drug industry, and then made it into the first billion dollar drug too. Sackler changed the essence of the way that the pharmaceutical industry markets and sells drugs. And as a result of doing that, he was successful in being able to target women. It's something very interesting what you mentioned before, this was a male dominated business. There's no doubt about that.

Q. What is happening now with Arthur Sackler’s business?Arthur Sackler had a small share in what became IMS, which is today the biggest data collection firm in the in the planet. It's a public company in terms of the physicians that you market to. So drug companies today know exactly who are the four or five percent of physicians that write the most prescriptions for the competitor. They go directly after that.

In 2002, drug enforcement agents believed that the Sackler drug Oxycontin was far more lethal than admitted. It was marketing to doctors with diversion to the black market, and it was being sold for abuse and recreational purposes. The FDA, which is the only agency with the power to regulate the drug, refused to put in stricter rules, and there was a real fight inside the bureaucracy between these two agencies. That was not public.

Sackler and pharma advertisers experimented on monkeys in the 1960s to understand reaction behaviour to say, alright, this is the basis for advertising. We will say that the executive monkey, that's men, they have all the stress of operating the lever, they have to go out and earn the living for their families, they have to appear strong, they can't show any weakness; and therefore, we will market the drugs to men so that they can be better competitors in the business world and they won't get ulcers. Women, on the other hand, they are hysterical and neurotic, and we will advertise to them so that they won't be as hysterical and neurotic.

It became the most popular drug in America for 15 years—worldwide, that's a record that's never been matched. Two thirds of all anti-anxiety Thorazine medications were written for women, and nearly 70 percent of those for sleeping and insomnia pills. And what did we find out that the drug companies were hiding some of the side effects when they were marketing drugs and hormones to women for menopause.

4,143
Thank you for your comment, we value your opinion and the time you took to write to us!

Tweets by @forbesindia
Prev
Finance, advertising, healthcare: What lies ahead for Amazon?
Next
'Trump doesn't operate on philosophy, strategy or policy': John Bolton