The reforms India needs to navigate its challenges 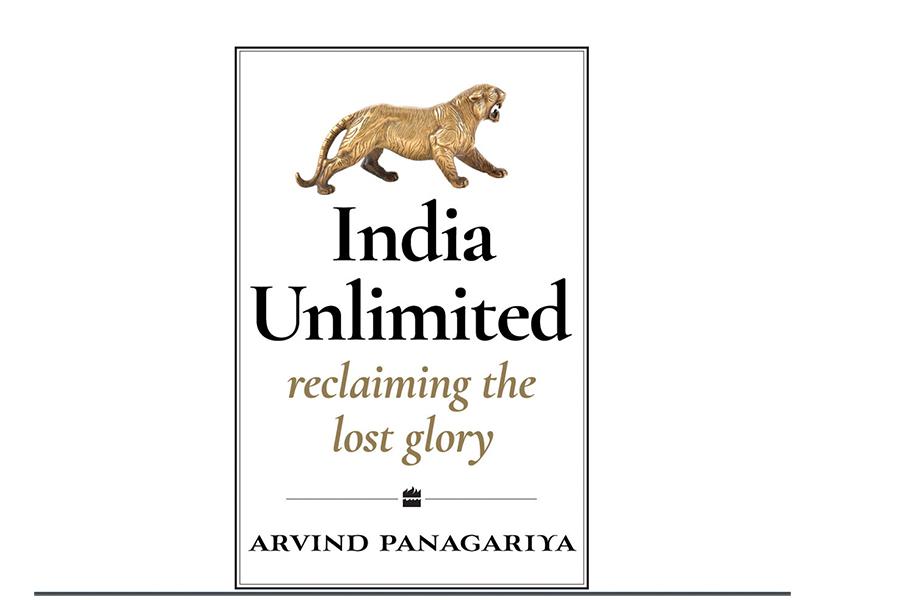 In times like these, we hope you will find this virtual book series even more useful. Today's edition involves a freewheeling conversation with economist Arvind Panagariya, on his recently released book, India Unlimited: Reclaiming the Lost Glory. We discuss details of the book, disinvestment, fragility in the financial markets, fiscal deficit and, of course, the impact of the Coronavirus outbreak.

There's a lot to unpack, so we've divided this podcast into two parts. You can listen to Part 1 here.

While it is becoming more difficult to buy physical books, we hope these podcasts will inspire critical conversations, and lead many of you to spend your time in lockdown reading, if possible, on your Kindle and other devices. At Forbes India, we will strive to engage with authors and bring out the book blogs every week.

Growth and productivity, more often than not, is dependent on economic policies. This book takes the reader on a journey through the history of the Indian economy.

The book, divided into three broad sections, explores India's economic policies and the need for shifting the agricultural workforce towards industry and manufacturing, with some detailed statistics and case examples.

Panagariya writes, “With India’s population in 2030 estimated to be 1.5 billion, a GDP of $7.1 trillion would translate into an annual per capita GDP of $4,730 in 2017-18 constant dollars. This figure would still be far from the per capita GDP of developed countries, but enough to virtually eliminate abject poverty from India…”

Panagriya provides examples of how other south-east Asian economies such as Taiwan and South Korea have progressed over the past three decades and takes a keen look at China, and how it has managed to become the manufacturing hub of the world.

Most Indian farmers work in tiny spaces: 68.5 percent of Indian farms are smaller than one hectare, as per the 2015-16 agricultural census. These cannot be helped in any significant way through market reforms, leading to more remunerative prices. Hence, he says, that to bring people out of sheer poverty the country needs to focus on industries with economies of scale.

The book gives an insight into the good old days of Indian cottage industry, its development into small service industry and the logjams it faces today. It details how scale and international manufacturers setting up shop in India could help unskilled and lesser skilled employees fare better financially, and the consumption cycle it kick starts. It also highlights the need for exports, how automation is overrated and what India should do to bring tariffs down. Panagriya has actively advocated the creation of autonomous employement zones (AEZ), since he was part of the bureaucracy, and mentions its necessity in detail.

Also, with wages in China being three times more than that of the Indian manufacturing workforce working, Panagariya believes India has huge potential. He says MNREGA scheme needs to end. The bulk of India’s non agricultural workforce is also stuck in low productivity enterprises, and he argues that better wage jobs need to be created at the bottom rung of the ladder.

The book says that small policy and subsidy packages won’t cut the deal anymore, and that the country really needs a sea change in policies.

The country might also need land reforms, financial markets and banking reforms urgently, to deepen the bond market. In the podcast, we also discuss the recent Yes Bank fiasco with regards to Additional Tier-1 bonds being completely written off. The reader is taken on a journey of banking in the pre-independence era, to better understand the NPA situation that has ensued over the last decade.

Panagariya, who served as the vice chairman of the NITI Aayog committee, also talks about the need for full privatisation rather than cross selling of public enterprise assets as a major key for disinvestments. The book ends with reforms that are required as part of governance and bureaucracy.

For someone who would love to know about how the economy has moved over the decades, the book provides deep insight. While India struggles to meet its fiscal deficit targets and has a plenty on its hands with the outbreak of the novel coronavirus, the book can be handy to advocate for effective policy reforms.

2,209
Thank you for your comment, we value your opinion and the time you took to write to us!