'To be a leader, master a skill': Carlyle's David Rubenstein

David Rubenstein, founder and co-chairman of The Carlyle Group, on his new book 'How To Lead', building an enterprise with assets of over $225 billion, philanthropic outreaches and his love for India 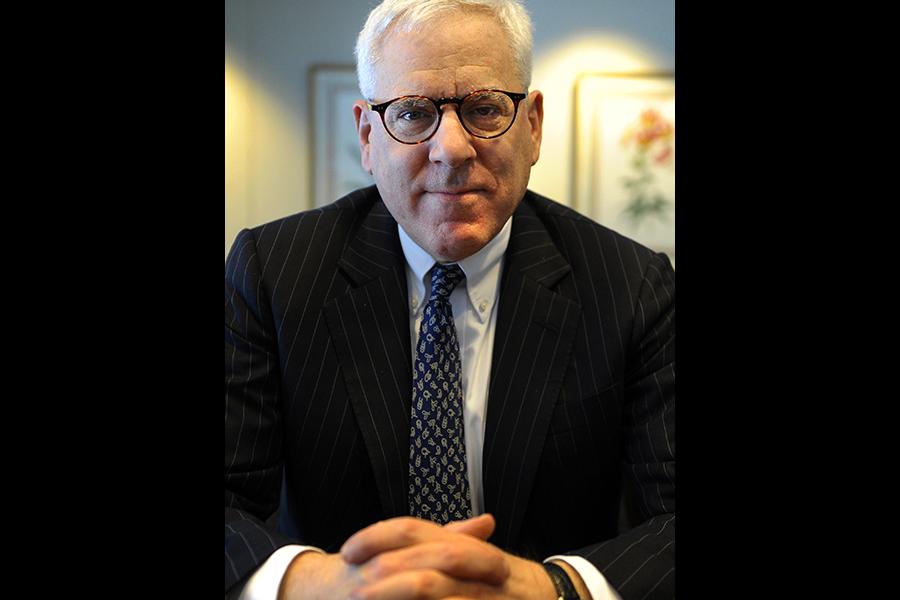 Q. What, according to you, are key leadership skills? I say in the book, and I think it’s true that to be good at anything and be a leader, you have to love what you’re doing. Since I wasn’t a good lawyer, I didn’t see any great career prospects there. So I took a gamble, as many people do in life, to try something different. I started a private equity firm in Washington, which grew to be one of the largest in the world. It’s something I take a lot of pride in. But as it became more and more successful, I decided I would get involved in trying to give away my money in various philanthropic endeavours; so I got involved in the non-profit area. The characteristics that I brought to the table were persistence, desire to succeed, willingness to share the credit, things that I described in the book as very important for leaders to have.

Q. When you started the PE fund, you were three co-founders and your job was to raise capital. How important is to be a specialist or being a generalist is important?One of the key ways to become a leader is to focus on a skill and master something so that you’re the expert in your organisation. When people sense you’re an expert, they’ll come to you and say, can you help me with this area you’re an expert on? And then graduate….to something that’s like the area you’re an expert on. Gradually, your expertise expands. My firm needed somebody to raise the money at the beginning, none of the other partners wanted to do that. I took on that skill and ran around the world for 25 years raising money for Carlyle and, ultimately, I branched out into other responsibilities.

Q. How have your leadership skills changed over time and how do you reskill yourself?Early on, I was a hard worker. Hard work always helps. I tried to share the credit. I tried to lead by example, I tried to exhibit some humility and not brag about what I was doing. As you get to be better-known in life, and more successful, you get greater self-confidence. Today, I have much more confidence and, therefore, it feels easier for me to do certain things. Many years ago, I might not have felt as confident giving an interview to you because I thought maybe I’d make a mistake or I didn’t know what I was talking about.

Q. Many of the leaders mentioned in your book, like Oprah Winfrey, came from humble backgrounds. In fact, your father was a postman and your mother a homemaker. How did you all manage to turn around your lives and become such leaders?As a rule of thumb, in a society where things don’t happen just by virtue of your birth, meaning merit is valuable, it tends to be the case that people from more modest backgrounds feel they have to work harder. When you work harder, good things can happen to you. Steve Jobs came from a modest background, Mark Zuckerberg’s father was a dentist with a modest economic background, Bill Gates’s father even though a lawyer was not fabulously wealthy. The richest and the most successful people in the world today came from modest backgrounds. The reason is, when you grow up in a privileged family, you don't have to work as hard, and it’s hard to instill in your children a desire to work hard.

Q. You have a three-part life philosophy. Can you describe that?I divide life into three parts. The first third is probably you’re growing up, getting educated, preparing for your professional life. The second third is when you're starting your professional life, working hard to build a reputation, and maybe succeeding. And then if you do succeed, the benefits in your third are either the wealth or the reputation you’ll create, and the desire you might have to give back to society. My observation is that many people who win the first third of life are the Rhodes scholars, student body presidents, all American athletes, in the case of the US. These are the ones that often don’t turn out to be the leaders in the next two-thirds of life, maybe because they’re burnt out, or they coasted too long, or didn’t work as hard later. The people that are running the world by and large, with the exceptions, are those that probably were not superstars in the beginning, but got lucky, as I did. And things happened to them in the latter thirds of their lives. In your country, for example, your current government leader came from a modest background, but then again the wealthiest person came from a wealthy background. So it’s a mix there, different from the US.

Q. It is mentioned in the book that you did not have the requisite confidence in Amazon and had sold your equity for nearly $80 million. At this time, it would have been worth about $4 billion. Any other deal which you think you should have done?Well, another one that I made a mistake on was when my daughter went to Harvard College, she met a young man that she’s now married to, and he wanted to introduce me to his classmate from Harvard, who was a guy named Mark Zuckerberg. Mark dropped out and started a company and he described it to me and it sounded like a dating service for college students. And I said that'll never get anywhere. Had I put in another $30,000, that would probably be worth about $20 billion today. So that was a mistake.

Q. Coming to Carlyle, how did you scale it up from ground up?We wanted to be small but then we had a good record, we could grow in other areas. We were one of the first private equity firms that said let’s go global. And we opened up in Asia about 20 years ago. In India, we have an office in Mumbai and have made a lot of investments in recent years, as have other private equity firms. It’s a place that has been very attractive to us. But we’ve invested a lot in China as well and in Southeast Asia and Japan and Korea. We just started building one step at a time. If you think at the beginning that you're going to build a great company, that it’s going to conquer the world, you probably will make a mistake. You’ve got to start slow and let it build up gradually.

Q. When did you decide to start giving your wealth away?Forbes magazine, you must be familiar with that, publish people’s net worth. One time, they published mine and it was very high. I hadn’t really told a lot of people that I might be as wealthy as Forbes thought. All of a sudden, people started saying, well, you have this much money, what do you do with it? I realised I didn’t need to spend that much money as I'm not a big spender. I decided I would start giving it away. Then Bill Gates came to see me and talked about the Giving Pledge, and I signed up. I decided that, in the end, the greatest happiness in life comes from giving away money or your wealth or your ideas to other people, and dying with a lot of material possessions isn't necessarily going to make you happy.

Q. What makes you like private equity so much? And any transaction you like?I facetiously have said it’s the highest calling of mankind, which is obviously tongue-in-cheek. But I do think you have a chance to make companies, which are not so wonderful, better, and therefore keep people employed, create wealth for the investors, and also for yourself that gives you the opportunity to give money away. I do think it is a very good part of capitalism even though it has its faults, like all parts of capitalism. I think, generally, private equity has worked reasonably well, not just the US, but in countries elsewhere too, like India.

Q. With the impact of the pandemic, are you looking at any other causes that you would like to contribute to as part of your philanthropic activity?I've said in some interviews recently that I'm starting to give away more money and that got more people to call me. But I do think I’m probably going to increase the amount of money I'm giving to the healthcare area, because Covid-19 has made us all realise how vulnerable we are. It made me realise about my own mortality, because somebody my age can get it and in two weeks you’re gone. It’s not the same as other diseases where you can keep yourself alive for five or 10 or 15 years with good doctors. Covid-19 has changed my perspective and I'm trying very hard to complete my bucket list before too long.

Q. What are the things on your bucket list during the lockdown?To do an interview with Forbes India and now I have checked that off. But I've also been living in my house mostly for the last six months; earlier I used to travel 240 days a year and everywhere in the world. Now, I just sit at home and I have various TV studios and zoom cameras and computer screens there, and I go from one to another. So, I’m not sure I am doing anything other than gaining weight. Unfortunately, I think somebody is coming into my house every day and putting a new scale in that shows more than 10 pounds being gained every day.

Q. And when it comes to India operations, are you looking at increasing the pool of capital?We have a very good team in India and have made a number of investments recently. We've agreed to do some others that haven’t been announced. But we’re very bullish on India. It’s a place where I first went in 1970 right after I graduated from college, and spent about a month in Calcutta, in Delhi, in what was then Bombay, and in Srinagar on some houseboats, where the Beatles had previously been. I really admired India and tried to get back there if I can once a year.

Q. We are seeing a huge valuation mismatch between capital markets and the private deal space. How do you see things changing in the next one year?I think the stock market has been ebullient because the Federal Reserve in our country and the US government and the Congress have put a lot of money in it. But the underlying economy is not as strong and that we run the risk of a slowdown again. I am a little worried the stock market might be higher than maybe where it should be. But remember, the stock market has been fuelled by technology companies like Amazon, Apple etc. If you were to strip them out, the stock market isn't as wonderful as it might appear to be. If you’re in technology, it’s great, if you’re not, you’ve gotta be careful.

8,175
Thank you for your comment, we value your opinion and the time you took to write to us!

Tweets by @forbes_india
Prev
Why 'agile' does not mean laying people off, and other myths
Next
No incentive for quality in generic drugs world: Katherine Eban