The erstwhile National Security advisor of the Trump administration tells Forbes India that Trump is 'rhetorically' going tough on China now, because it serves him well for the election—'if Trump wins, he could be right back on the phone with Xi Jinping saying let's get back to negotiating the trade deal' 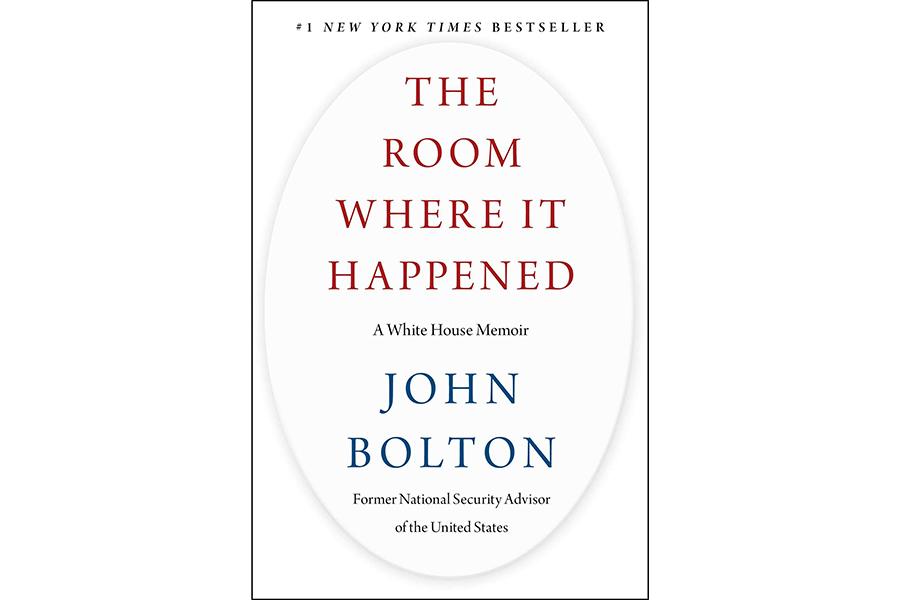 The erstwhile National Security Advisor of the Trump administration John Bolton in his tell all book called The Room Where It Happened talks about President Donald Trump’s way of running the Oval office and his relationships with other nations. Excerpts from the interview:

Q. The US government is now trying to seize your book profits after attempting to stop the book release. What was the main purpose of telling your story?Well, I think there were two purposes in my mind. One was to make sure I recorded for history in the long term, what had happened on key national security decisions; and also in the middle of a presidential election campaign, it obviously gives people the opportunity to make up their own mind on what they think the implications are. If you can't talk about a president's performance in the middle of a presidential election, I don't know when you can talk about it.

Q. What are the key messages for your readers if you have to sum it up in a few pointers?Number one is that Trump does not operate on the basis of philosophy or strategy or policy. He's not a conservative Republican. I don't mean to say he's a liberal Democrat—he's not anything, he doesn't operate on that basis. And I think that's a mistake for the United States because I think if you don't operate on clear principles, it's very hard to have a sustained national security policy. And number two, I think he's demonstrated that he really doesn't fully understand the office of the presidency and he doesn't deal with it in a competent fashion. That can't be good for the national security of the United States either.

Q. What have been the ramifications of President Trump’s tweet culture behaviour on national security?One of the purposes of the book is to correct the impression that he left in some of the tweets with respect to the Afghan peace negotiations, with respect to Iran, and a number of other issues as well. And that really goes to the irony of him trying to suppress the book. In other words, he can say what he wants, including things that are simply not true, but other people who actually know what goes on or not to be permitted to tell a contradictory story. That's very disturbing. I felt a kind of an obligation, because I did know what had happened, to put it in the book.

Q. You write, ‘Life under Trump, however, did not resemble life and Joseph Addison's eponymous Cato, instead of the new administration resemble much more closely the Eagles’ song Hotel California—'you can check out anytime you like but you can never leave’.’ What made you write these lines and what do you want the people to remember before they go to vote? I tried to tell stories about particular foreign policy crises, and different ones will be of interest to different people. Some people felt Afghanistan was very important others Iran, others Venezuela. But I think that the President’s lack of focus on long term strategy, the fact that he didn't view most foreign policy issues on the basis of the arguments for or against a particular policy, but saw it against the backdrop of his own re-election, his own political future, was really quite significant.

The fact that he was so willing with leaders of authoritarian countries to make concessions that may have benefited him personally, but didn't necessarily benefit the United States. The Ukraine case is a good example, China too. This is closely related to the President's inability to distinguish his own personal relationships with foreign leaders from the underlying US relationship with that particular country. Now, I'm not saying that personal relations are not important. But that is not the same as the basic bilateral relationship and yet Trump really couldn't see the difference between them.

Q. What is your view on President Trump’s relationship with China?Trump saw the US relationship with China very much through the prism of the trade issue; everything else was secondary. Although he understood that China's economic growth since Deng Xiaoping abandoned many Marxist concepts, obviously they had an impact on China's ability to build up its military and expand its political and military leverage around the region and globally. But his focus on the big trade deal—what he calls ‘the deal of the century’—was the main factor that drove the relationship.

So I'm dubious that China will ever voluntarily give the practices up because they're so beneficial to them. But in Trump's mind, if he could get that trade deal, the deal of the century that would be his biggest objective. So other issues were reduced in priority.

When the coronavirus pandemic broke out, in the first couple of months, he didn't want to hear anything bad about the cover up or about Xi Jinping, and mostly he didn't want to hear about the potential negative impact on the US economy due to the pandemic because the economy was his ticket to re-election. So, in the early days, we missed a lot of opportunities to take steps that could have protected the country against the impact that the disease ultimately had.

Now, everybody realises China is covering up, everybody realises that the economy has suffered greatly, and the President is blaming China. The reason for that is that it's a politically good thing for him to do now, to be tough rhetorically to impose sanctions to shut down China's consulate in Houston and other steps like that. But I'm very much worried that the day after the election, if Trump wins, he could be right back on the phone with Xi Jinping saying let's get back to negotiating the trade deal.

Q. You resigned just a day before the impeachment process. Do you think you could have made a difference?
No, because I think the Democrats made a bad mistake in trying to confine the impeachment only to Ukraine among other things, and moving it very quickly. And you know, if anything, it was the speed with which they wanted to move that was the problem. They didn't want it to interfere with the Democratic presidential nomination process that began in 2020. I understand their political concerns, but that's not a valid argument. Impeachment is a very grave proceeding, and they should have been prepared to take as much time as necessary.

Their strategy to limit the subject matter and make it go quickly produced a completely partisan response from the Republicans. They drove Republicans into a corner and the result was the whole impeachment process itself was very partisan. And they failed. They impeached Trump, but they didn't convict him. And to do that they would have needed Republicans, who, as I say, they had pushed away. So anything I would have had to have said would have been lost in the shuffle. Especially because many Republicans in the Senate said flatly, we think Trump did what the Democrats said he did on Ukraine. But we don't think that conduct, however reprehensible it is, rises to the level of an impeachable offence. I wouldn't have said anything that most Republicans weren't willing to concede anyway. They just weren't going to vote to convict Trump.

Q. What led to your dismissal?Well, I left because of an accumulation of disagreements with the President on dealing with China, Russia, Iran, North Korea, Venezuela, the Middle East, you name it. So, there was no one particular flashpoint—it was the accumulation of things, and I think a lot of other people left the administration in a similar kind of way. I think that's the right thing to do when you can't carry out instructions because you disagree with them so profoundly, and you think that the President is not listening to your advice. I think the White House since I've left has grown more disorganised and more chaotic. That may have been inevitable even if I'd stayed—the chaos is not due to the senior advisors, the chaos is due to the President himself. And the more inexperienced his advisors are, the greater the chance that the chaos will spread.

Q. What lies ahead for you and which candidate would you endorse?I'll go back to doing what I did before I was in the government. I'm going to write, speak and go on television, that sort of thing. In terms of the election, I don't think we know in the country who will win at this point—Trump is behind in the polls, but that doesn't say anything. There's still three months to go, which is an eternity in American politics.

I'm not going to vote for Trump. But I'm not going to vote for Biden either, because I disagree with his policy. So, I will do what you can do in most American states, I will write in the name of a somebody yet to be determined, rather than vote for one of the two of them. I live in the state of Maryland and Biden will carry Maryland overwhelmingly and will get its votes. So, my vote really won’t make any difference.

2,164
Thank you for your comment, we value your opinion and the time you took to write to us!

Tweets by @forbesindia
Prev
The poison at pharma companies, with Gerald Posner
Next
'Our fiscal institutions are not strong enough': Viral Acharya