Why 'agile' does not mean laying people off, and other myths 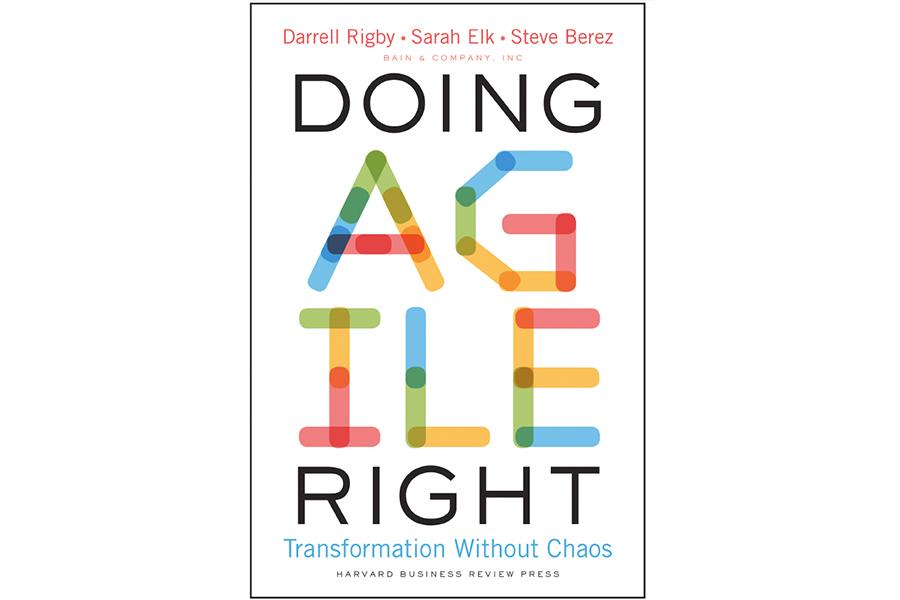 Q. What are the ways that you think companies have misused or misunderstood the concept of agile? Darrell Rigby: Oh, there are so many ways that companies are doing agile wrong. We don't want to embarrass anybody. The thing is, 'agile' is primarily used for innovation. And yet we see people that are using it as a euphemism for layoffs—they'll reduce their headcount by 30% and say, oh, we're just, we're just being more agile. In very bureaucratic ways, senior executives go behind closed doors for six to nine months, and then emerge with a new organisation structure. Now, people who are in new positions don't really know what they're doing.

Spotify is a common example of an 'agile' company that everybody likes to copy, even though actually, Spotify does 'agile' in their engineering and development department but not other parts of the organisation. So they're trying to copy what they think other people are doing, but they're not doing it. This misconception leads to slow decisions, large annual processes.

Q. Company managements usually cite cost cutting as being agile, how do you bust these myths?
Sarah Elk: There's a huge issue in conflating agility with cost cutting. They are two very different things. And that's is probably one of the most prevalent ways that we see companies do agile wrong. If you're trying to solve customers problems, and the customer is at the heart and you're trying to change your business and you're trying to be more innovative, why would the first thing that you do be to layoff 30% of your people? It just doesn't make sense.

You can continue to reprioritise your resources against your highest use activities. But for companies, cost is often confused with laying people off, which is exactly the wrong approach.

There's a handful of other myths as well. One of my other personal favourites is the belief that that agile is about abandoning your plans. In truth, agile loves planning. They're just called roadmaps, and they're adaptable. Planning becomes more important and companies that are doing agile, right, I think, plan more, and plan better.

Q. You have mentioned a study in which you noticed that nearly 3,200 startups fail because they have expanded too soon. How should startups do agile differently from large corporations?
Darrell Rigby: It was very interesting research from the Startup Genome report on the premature scaling notion. However, this is common among both small companies and big companies. Too many investment proposals in big companies plan for premature and irreversible scaling. They call for large upfront investments. They develop confident predictions, very precise forecasts, brushing aside sceptics. And then when plans go awry, as they inevitably do, it seems too late. They say, well, we've already paid the price. Our big payoff is just around the corner. And so they just keep funding and funding and funding bad ideas.

Most often in large companies, we find that traditional management is very good at running efficiently. But those same practices kill innovation. Our target is to get both small and large companies to run the business efficiently.

Sarah Elk: One question you could ask is, what have you stopped? Has your company ever stopped an initiative partway through, or a project or scaling? Because if you haven't, then you're probably not looking at what you're actually learning. I think that some startups are capable of stopping things sooner or adapting. You see it probably less in corporations. But that, for me, is a real sign of doing agile right. You should be able to stop things and pivot and adapt as you're as you're learning and going through your initiatives.

3,656
Thank you for your comment, we value your opinion and the time you took to write to us!

Tweets by @forbes_india
Prev
'Our fiscal institutions are not strong enough': Viral Acharya
Next
'To be a leader, master a skill': Carlyle's David Rubenstein