Migrant labourers have borne perhaps the worst brunt of the Covid-19 lockdown, with many left stranded, starving and with no way to get home but on foot. We discuss migration patterns and policies with economist-author Chinmay Tumbe, taking off from his book, 'India Moving' 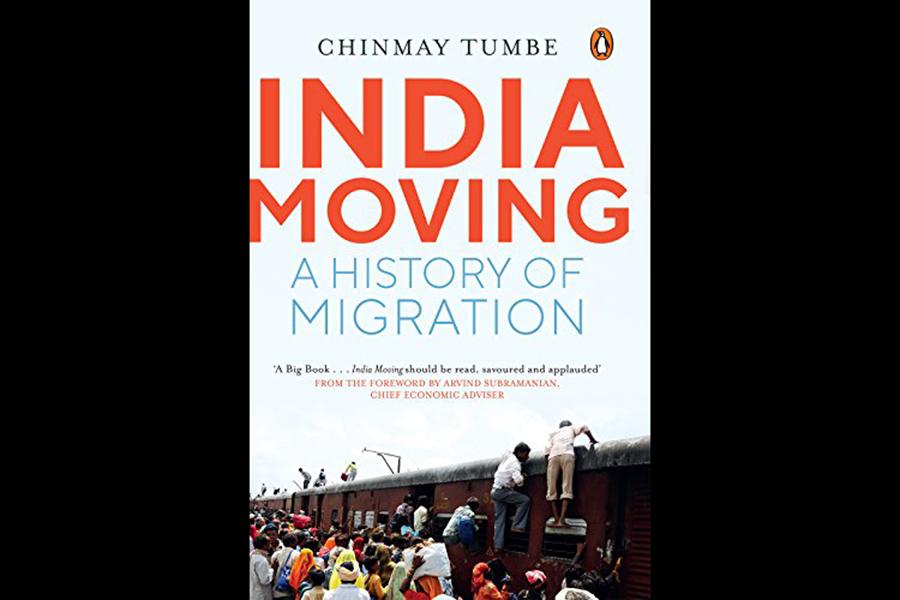 Just a few hours after India announced a complete lockdown to restrict the coronavirus outbreak in the country, lakhs of migrant workers were caught in a fix. Including women and children, they began the long walk to their villages, hundreds of kilometres in some cases with no major transport option available.

Stories of starvation, thirst—even death—emerged, especially from the north of India. In what is considered by critics as a policy failure on the government’s end, a symptom of the way migrants have been marginalised through history.

While migration has been happening since time immemorial, India has witnessed world’s largest and longest voluntary migration through history. For its current relevance, we have picked the book India Moving by Chinmay Tumbe for this week's blog, a fascinating deep dive into migration patterns.

Tumbe is an economics professor at Indian Institute of Management in Ahmedabad (IIM-A). The book encapsulates the history of migration, from early centuries to what is happening now. Apart from migration patterns in India, the book looks at those who have migrated abroad, the culture of remittance, how Ambedkar believed that migration is good for the society, among other things.

Edited excerpts from an interview with Chinmay Tumbe:

Q. What do you think could have been done to mitigate the situation where so many migrants were left to fend for themselves?I think there was no assurance given to migrant workers that their requirements would be met on the day the lockdown was announced. That was a big mistake. For a lot of migrant workers, if there is no work, there is simply no money. These are daily wage workers, and landlords could ask them to leave if they can't pay rent. So they wanted to go home—many of them still want to go—but couldn't without transport options.

I think the government did not realise the scale; while migrants made it home within the state, inter-state borders were sealed, which is where the issues surfaced. Remember there was time before the lockdown, so they should have told people to plan their travel accordingly. If the plan was to contain migrant workers in the city at any cost, then the speech should have assured workers. Hopefully, this will be a learning for the future, and for other countries who face similar migrant situations.

Q. How many migrants do we have in our workforce?There are 400 millions migrants in India and we say there are over 100 million circular migrants, mostly men, and they are intra-state, The census of India gives you a number of around 10-20 million for inter-state migrants, which is understated; I would put this number upward of 20 million.

Circular migrants form a quarter of the Indian workforce. The key hotspots are UP, Bihar, Odisha and Rajasthan, but virtually every state has districts with out-migration clusters. As I have argued in the book, these migrations have not started yesterday; these are centuries old, and the same regions are sending people out for long periods of time, leveraging a particular network they have developed. The remittance economy is huge; international remittances is popular from Kerala and Goa too.

Q. In the book, you write, '...until recently, one of the peculiarities about Indian migration was that you saw migrants everywhere except in the data collected by the Census and National Sample Surveys'. How do we make data collection foolproof?The economic survey of 2016-17 has a chapter on migration; if you look at census numbers, they tell you that 55 million people had reported that they are moving for economic reasons, but that report puts the number at upward of 100 million people—that tells you about the serious underestimation.

This happens for a variety of reasons: A lot of construction workers live in sites that fall ourside of the census framework; also, at times, it does not take into account when households move. It captures data of in-migration, not out-migration.

Q. We've seen the videos of migrants walking to their villages after the lockdown. They show old women, children; the data says that the bulk of labourers are men, however. What is the status of child labour in India?Yes, unfortunately many of the children are very young; they might not be working, but the women definitely are. The work is typically quite gendered and women are paid far lesser; their situation is more precarious. This is definitely a huge concern.

A research study on Ahmedabad showed that malnutrition levels are extremely high, and this is passed on inter-generationally. The malnutrition amongst construction worker's children in India can be compared to children in sub-saharan Africa, and that to me is a public health issue that should demand an attention as much as the virus.

Q. What are the policies that one needs for migrant workers?In the immediate short term, there were certain recommendations passed in March where the government said that the workers have to be paid during the period of the lockdown and rents should be waived. However, these are tough measures to enforce.

The One Nation One Ration policy announced by the ministry of consumer affairs in February [to be launched on June 1] is fantastic. It has been tabled for last 10 years but it is finally being implemented—but the problem of funding remains.

For example, for a Bihari worker in Mumbai, the law enables you to access ration and a variety of other services that would be available to him or her in their hometown, providing a huge safety net. But the operational challenge is that historically, these benefits are at a household level and not at an individual level, so one has to make per capita ration benefits. The biggest challenge will be inter-state coordination and getting the fiscal math right on this. Just like the GST regime has state councils, one needs to think of an inter-state migration council. The policy could be of tremendous benefit not only during this crisis, but also going forward.

2,720
Thank you for your comment, we value your opinion and the time you took to write to us!

Tweets by @forbes_india
Prev
The reforms India needs to navigate its challenges
Next
The Corona Virus: A new book by Mumbai doctors