A run for the money: the world's highest-paid sports stars 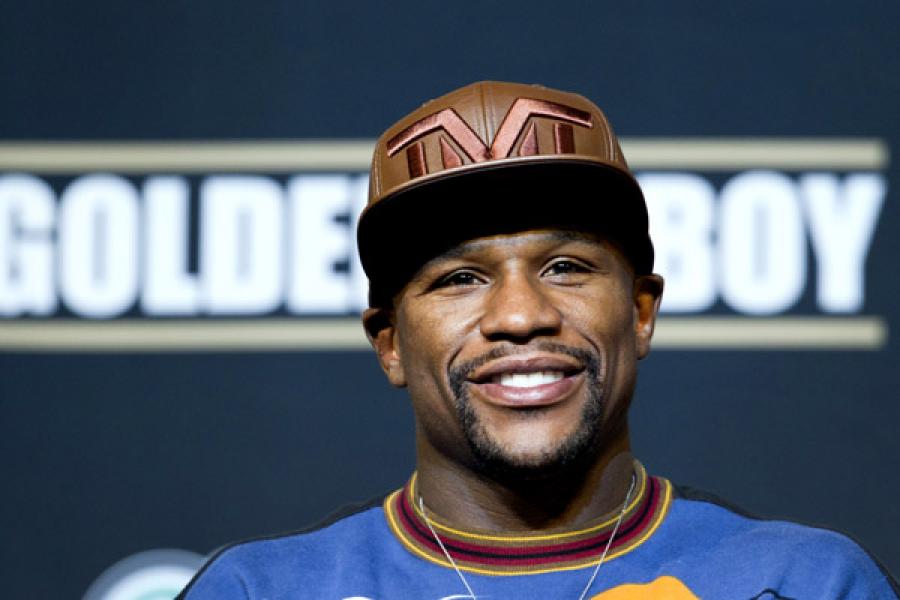 Floyd Mayweather Jr., a world title holder in five boxing weight divisions, and undefeated as a professional, is the world's highest-paid sportsperson for the period 1 June 2013 – 1 June 2014. REUTERS/Las Vegas Sun/Steve Marcus [/caption] The Forbes list of the world’s highest-paid sportspersons was released last month. Tiger Woods, last year’s top earner, had been dethroned, and the American boxer Floyd “Money” Mayweather, with USD 105 million in earnings had taken his place. (He became the second sports star, after Woods, to make more than a million in a year. Interestingly, all of that was in prize money; Mayweather has no endorsement deals.)

India’s sole representative on the list was MS Dhoni, dropping from #16 last year to 22 this year, with roughly the same income, 30m. Sachin Tendulkar, who was on the list last year, drops out this year since he has now retired (but more about him below).

The highest-ranking woman was Maria Sharapova, but dropping from 22 last year to #34 this year. Overall, gender was as skewed as ever, with the same three women on the list, all tennis players: Sharapova, Li Na (#41), Serena Williams (#55).

Predictably, the US dominated, with 62 US citizens on the list. Next was the UK, with five, Dominican Republic and Spain (four each), Germany and Venezuela (three each), Argentina (two) and, with one each, Australia, Brazil, China, Cote d’Ivoire, France, India, Jamaica, Mexico, Netherlands, Philippines, Portugal, Russia, Serbia, Sweden, Switzerland, Ukraine and Uruguay.

Another ten non-US citizens from that list earn their living in the US, plus there are quite a few others who play sports highly popular in the US.

Baseball’s stars took 27 spots, basketball players 19, and American football players 18. Football the way most of the rest of the world plays has 14 on the list. Motor sports has six, three from Formula 1, and three from US-style racing. The rest: tennis (six), golf (five), boxing (four), and one spot each for athletics and cricket. No prizes for guessing that that means Usain Bolt and MS Dhoni.

Sachin Tendulkar may have dropped out of the list of active sports stars, but he, like David Beckham (who also retired from his sport), got instant entry onto another list: the best-paid retired athletes. They’re doing very well indeed, for gentlemen of leisure, with Beckham raking in 37m and Tendulkar 13m.

Most long-lived by one count would be Pele, who, despite having retired in 1977, still made 15m last year. Golfer Arnold Palmer, at 84, the oldest on the list, made 40m. Standing tall above them all, however, is basketball legend Michael Jordan, who 11 years after retiring, made 90m last year. I.e., more than any active sportsperson except for Mayweather.

24,882
Thank you for your comment, we value your opinion and the time you took to write to us!

Tweets by @forbesindia
Prev
Lakshmi Mittal's interest in Delhi Daredevils is similar to his Steel Conquests
Next
Dear Tendulkar-bhakts: how do you solve a problem like Maria?