Dear Tendulkar-bhakts: how do you solve a problem like Maria?

Why does Sharapova's knowing who Tendulkar is even matter? 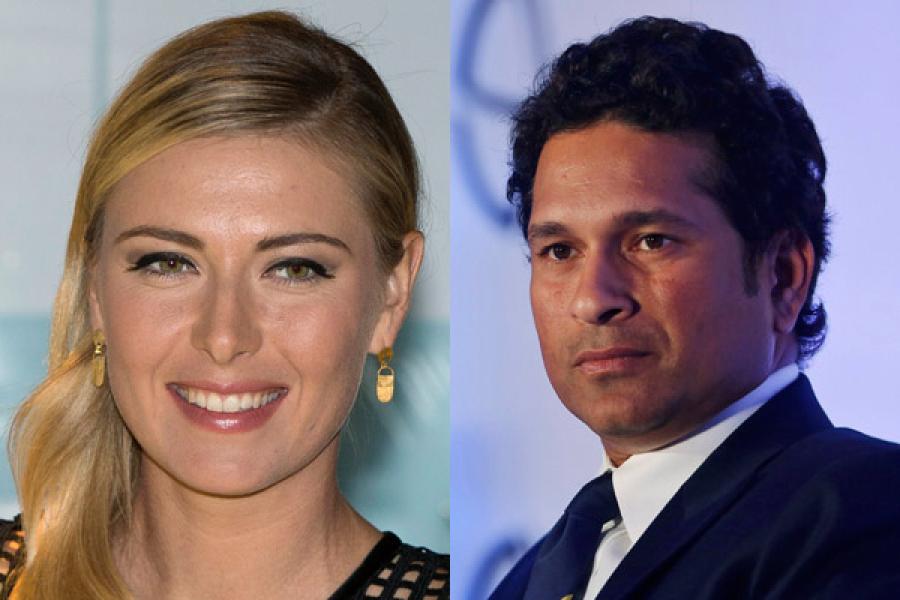 Last week saw much indignation from Tendulkar ‘fans’ because Maria Sharapova, in an interview, admitted to not knowing who the cricket legend was. Sharapova’s Facebook page was attacked, and enough Tweets to sink an armada were launched. Who the #### was she? What had she achieved that could compare with Tendulkar’s sacred divinity? How could she not know who SRT was? Dammit, there he is in the Royal Box! Saaachinnnn! Sach In!

Take a breath. Pause. Sit down. Put down that smartphone.

Ask yourself, can you blame Sharapova? That young woman plays at the top, or near enough, of her sport, which, as anyone who has played any sport with any degree of perseverance knows, takes a lot of gruelling, concentrated effort and eats up a large slice of one's time. So she, perhaps, isn't the best-informed sports star around; everyone can't be Rahul Dravid. And she's not alone. You know Virendra Sehwag, right? Arguably the most explosive batsman Indian cricket has ever seen. Who’s got a few achievements under his belt that even SRT didn't crack, like two Test triple-centuries, including the fastest ever, the highest ODI score, the fastest ODI century by an Indian. A friend on Facebook reminded me that that Sehwag, an Indian, a cricketer, an outstanding Indian cricketer, didn't know who Vinoo Mankad and Pankaj Roy were.

Anyway, if achievement in one’s own sport is what earns one the right to confess ignorance of another sportsperson, Sharapova isn't a ‘Greatest Of All Time’ candidate mentioned in the same breath as Martina Navratilova, Margaret Court, Billie Jean King or Steffi Graf just yet, but she’s got some solid credentials. She's been world Number One, and she’s got a career Grand Slam behind her, which is nothing to sneeze at. And she’s doing quite well on the earnings and world fame fronts, thank you very much. And yes, she has a few years left in the sport for sure, injuries permitting, so she can aspire to GOAT status.

Sachin Tendulkar certainly has a very special place in our cricket-loving hearts. And the debates about whether he or Donald Bradman was the GOAT will, no doubt, continue long and fervently. But, because the little big man played a sport only a handful of countries play with any degree of seriousness (and one practically unknown in the world’s biggest market for sports, the USA, and one that’s played in only a few of the countries that play the world’s most popular sport, football), as much as we idolise him, we cannot realistically expect him to be a household name outside the cricket-speaking world.

Look at the other side of the coin. We in India are as ignorant of many other sports as this Russian in America is about our world. Could the average Indian sports fan (or, hey, Tendulkar himself) pick Derek Jeter out of a line-up? Or Peyton Manning? How about Floyd Mayweather, a world title holder in five boxing weight divisions, and undefeated as a professional? Or Wladimir Klitschko, current world heavyweight boxing champion? He’s been champ for eight years now, and is the second-longest reigning heavyweight champ ever, behind only Joe Louis. Do we know a thing about gorodki? Or sambo?

Fine, fine, let’s leave all that out of it. Let us concede, for argument's sake, that, never mind apples and oranges, Sharapova’s achievements in tennis are not in the same league as Tendulkar’s stupendous achievements in cricket and that her knowledge of the world isn't what it should be.

Tendulkar has ascended to Himalayan heights in cricket. He played at the top level of his sport for a truly epic length of time, starting earlier than most and carrying on longer than most. Some of his records look like they’ll never be broken. His place in the sporting pantheon is secure. For all practical purposes he is unassailable.

But when you say that if Sharapova does not know who he is, it is a grievous insult, then you’re saying one of two things (or, perhaps, both).

One, that your own life is sad and you have nothing else to bask in but the achievements of Sachin Tendulkar. Any slur on him, imagined or real, attacks your own self-worth.

Two, if all his legendary career counts for nothing without affirmation from this 27-year-old Russian tennis player, that must mean that you think that Sharapova is greater than Tendulkar.

Are you sure that’s what you want to say? Join me now: Saaachinnnn! Sach In!

20,906
Thank you for your comment, we value your opinion and the time you took to write to us!

Tweets by @forbesindia
Prev
A run for the money: the world's highest-paid sports stars
Next
Why I’ll always like Kohli, even if he fails