How Isa Guha is Changing Perceptions about Cricket Presenters 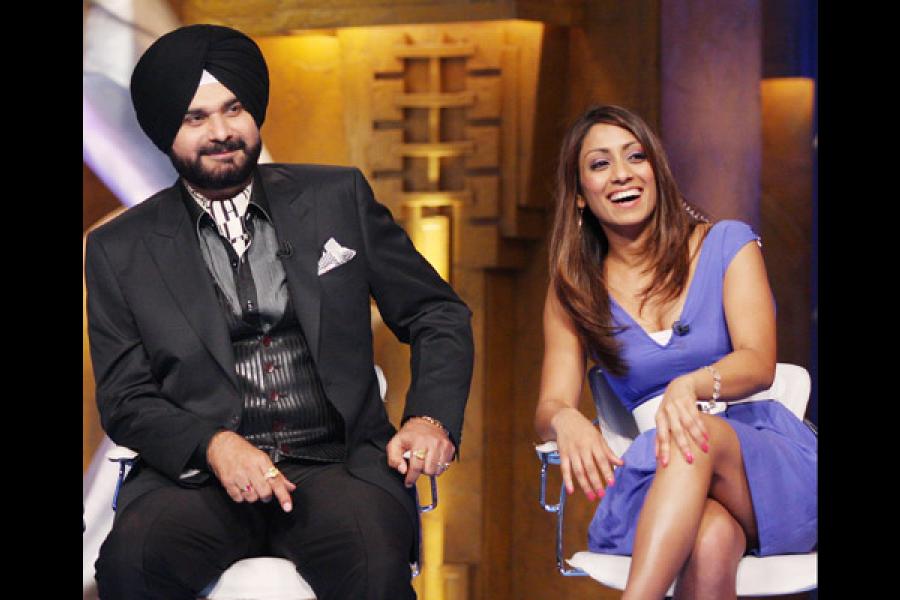 “They wanted an Asian girl who knew about cricket.”

That’s what Isa Guha was told a week before IPL-4 kicked off. Executives at ITV, one of the UK’s largest networks, wanted a South-Asian woman to bolster their TV line-up to cover for Mandira Bedi who was on maternity leave. Guha, the former England fast bowler, who was considering doing a PhD in Australia, thought she would be called in as a pundit but they asked her to be the presenter!

She had little previous TV experience — let alone anchoring experience — but she took her chance. After a few initial wobbles, she established herself as a TV personality and went on to work with Sky Sports in the UK, TEN Sports in Dubai and now, Sony in India.

Injuries and being in and out of the side cut her playing career short. She helped the England Women’s team reach its highest point between 2008-09, winning the World Cup, World T20 and destroying Australia  – who were as dominant then in the Women’s game as they were in the Men’s – in the Ashes. She took 101 wickets in 83 ODIs and was ranked the No 1 ODI bowler in the world in 2008.

She retired in 2011 but Guha isn’t your average ex-athlete doing the rounds wherever she gets a gig: Isa Guha is a biochemistry graduate from the University College London.  As her TV career took off, she had to put plans for her PhD on hold and is instead pursuing an MPhil in Neuroscience. That’s right – Neuroscience. How many other athletes do you know with academic credentials like that?

She began playing cricket when she was eight years old, playing with her brother in their long, thin back garden. It was perfect for a bowler like her – her brother was seven years older and she never got to bat anyway! Her parents spotted her talent and took her to the local club to play with the boys. She says that at the age, the skill levels between girls and boys were about equal. Aside from cricket, she played badminton, hockey and tennis and each helped her on the cricket field; the other sports aided her with agility in the field, stamina and ball-striking respectively.

Guha was picked for Thames Valley Under-21 Ladies when she was just 11 and was fast-tracked into the England development squad when she was 12. She got her senior call-up when she was 17 in 2002 against India – all the while she was playing with boys in club level. Those are the two biggest pieces of advice she gives to aspiring young female athletes: play lots of sports and play with the boys.

She has never faced discrimination but she has had to deal with dressing room banter. She says it spurred her on. “No one likes getting out to a girl!” The gap in skill levels between male and female players isn’t that much anymore, she says. Female cricketers can bowl the same variations as the men and fielding – an aspect of the women’s game that traditionally lagged far behind the men – has improved immensely.

Female cricketers cannot bowl as fast or hit the ball as hard as the men but she says this makes the games even more exciting because not every shot will clear the boundary – there are a lot of outfield catches and close finishes in the women’s game.

The recent Women’s World Cup shows how far the sport as come. With some 51 million viewers, it received its highest ever TV audience. The most heartening thing was how competitive sides like Sri Lanka, South Africa and the West Indies had become – traditionally it was just England, India, Australia and New Zealand who battled between themselves.

According to Guha, the introduction of strength and conditioning coaches and men’s coaches from English county sides really catalysed the England Women’s team’s rise to the top; and the professionalizing of a semi-professional sport needs to continue.

We’re still a long way from seeing a Women’s IPL but Isa Guha is doing her bit as an advisor for the ECB and an ambassador for the game to see girls get the funding and support she got. For now though, we can enjoy a female pundit whose knowledge about the game is quietly changing perceptions about what women on Indian TV cricket coverage typically contribute

12,041
Thank you for your comment, we value your opinion and the time you took to write to us!

Tweets by @forbesindia
Prev
What made Sir Alex Ferguson such a ruthless winner?
Next
The Five Absolute Worst Things about the IPL