India Must Not Be Complacent at Mohali

After the extraordinary events of yesterday, when Shane Watson, James Pattinson, Usman Khawaja and Mitchell Johnson were dropped for the third test for failing to “do their homework”, a number of important questions need to be answered.

After the extraordinary events of yesterday, when Shane Watson, James Pattinson, Usman Khawaja and Mitchell Johnson were dropped for the third test for failing to “do their homework”, a number of important questions need to be answered.

Scraping the Barrel: Who is going to play for Australia? 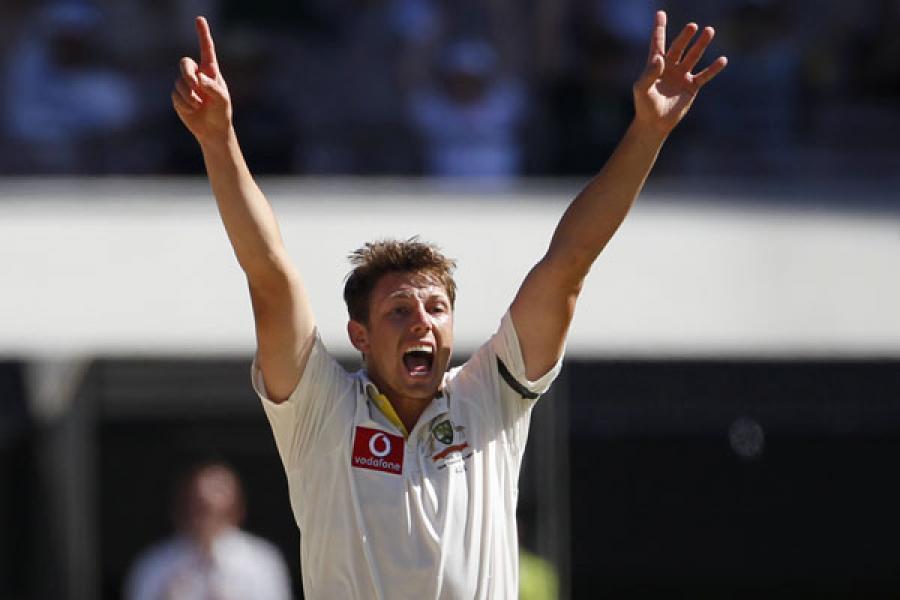 Make no mistake, this disciplinary action could not have come at a worse time for the Aussies. Mohali, India’s fastest and most seamer-friendly wicket, is exactly where the likes of James Pattinson, Mitchell Johnson and Shane Watson would have fancied their chances against India’s younger batsmen. Pattinson, in particular, has bowled his heart out and toiled hard during long spells thus far.

He’s impressed Indian fans with his pace and has been the pick of Australia’s quicks; their stable of fast bowlers now boasts only Peter Siddle and Mitchell Starc. The other big miss will be Matthew Wade, who is out through injury. The wicket-keeper scores quickly and has made a good impression as a classic counter-attacking number 7. Australia will have no choice but to go in with 3 spinners and Steve Smith may make his debut in the series – he’s played just 5 test matches and averages 28 with the bat and 73 with the ball.

It is perhaps the weakest test team Australia has put out in living memory and it will be up to Michael Clarke to anchor the innings with the impressive Henriques. David Warner has scored 59, 23, 6 and 26 so far – Australia will need the explosive opener to find form.

Who should open for India?

The Australian crisis has shifted the focus somewhat from another high profiling axing: Virender Sehwag’s spot at opener is up for grabs. It’s a two way battle between Shikhar Dhawan and Ajinkya Rahane, both yet to play test cricket for India. Dhawan, 28, has a first class average of 45 but Rahane, 24, averages a whopping 62. Both were fantastic in the last IPL and ended 3rd and 4th highest run scorers respectively. Rahane has played more ODIs and T20Is for India and this may be the best time for the composed Mumbai batsman to make his debut. He hit the most 4s in IPL 5 and his unbeaten 103 against the Royal Challengers Bangalore was a stand-out innings.

There is a certain calm about him that may just lend itself to test cricket and at 24, he’s at the right age for India to take a long term bet on. Runs against the Aussies will stand him in good stead for the tour of South Africa, against the best seam bowling attack in the world – it is unlikely Sehwag will open there either.

Wasim Jaffer is another player will also feel the door is open for him. The experienced right-hander has played 31 tests for India, scoring 5 hundreds and 11 half-centuries however at the age of 35, time is not on his side and the Indian management should look to give a promising youngster a good stint.

The 7th of April 2009 saw India win the 3 match test series in New Zealand and celebrate deservedly. They had won in overcast, blustery, swinging conditions against a Kiwi side much stronger than today’s. Indians fan were beginning to get used to winning test matches away from home. The class of 2009 were ranked #1 in the world and had just come off a series win in England. It boasted Harbhajan Singh, then ranked the world’s #1 spinner, Zaheer Khan who could make the ball move both ways in any conditions and an opening pair of Gambhir and Sehwag who were quite simply devastating. In Ishant Sharma, Indian fans thought we had a genuine strike bowler for the next decade, who could win us matches like Dale Steyn does today.

The old boys in the middle order were enjoying swansongs and all was well for India's test team.

Now that Virender Sehwag has been dropped, only a  few faces remain from that side and two of them (Harbhajan Singh and Sachin Tendulkar) will soon be on their way to retirement. It’s only a matter of time. Ishant Sharma has flattered to deceive and is only in the side because India's other quicks are injured. MS Dhoni is the new generation’s only long-term link to the best Indian side in years. Since Sourav Ganguly retired, Indian cricket had to ask itself how it planned to transition.

Looking at players like Kohli, Pujara, Ashwin, Ojha and even Jadeja and Bhuvneshwar Kumar, it seems as if India has identified a bunch of athletic, competitive players who are able to spend long hours at the crease and in the field. If – and now more likely, when – India win this series, we may catch a glimpse of the core of India’s next great test match side. One can’t help but feel that a summer of county cricket would do all of them a world of good, but that ship it seems, has sailed. What they need to do is focus on winning in Mohali and Delhi thereafter. You can only beat what's out in front of you.

2,731
Thank you for your comment, we value your opinion and the time you took to write to us!