Jaideep Varma’s stats system measures the performances of players relative to others within individual games, across their entire career with fascinating results. 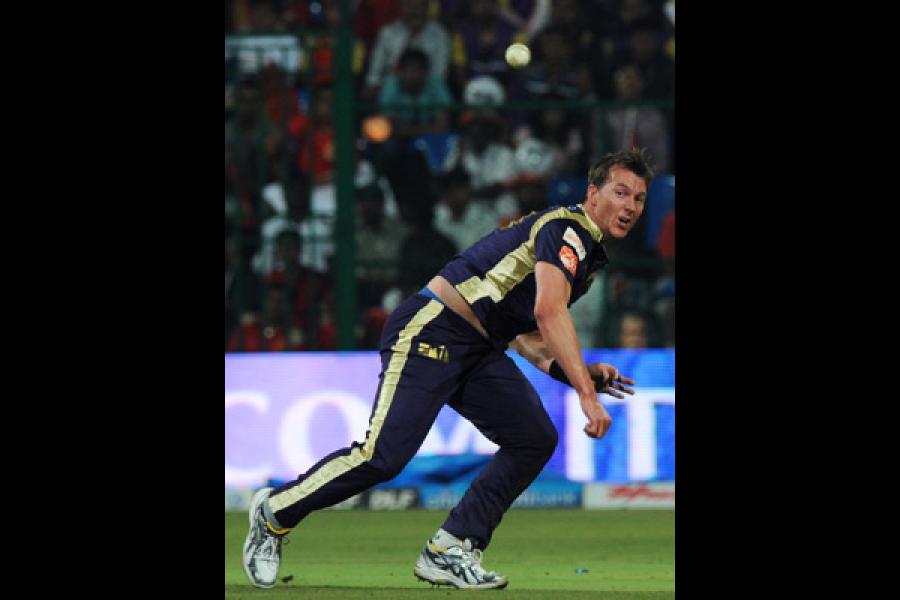 Brett Lee is one of sport’s great guys but he is not a good T20 player. In fact, given that teams have collectively spent $1.3 million on him in the IPL, he’s among the most over-rated T20 players around, with 24 wickets in 37 games and an economy rate of 7.55. Had the Kings XI Punjab and the Kolkata Knight Riders paid attention to his T20 record, they may have seen the warning signs. Jaideep Varma and Soham Sarkhel at Impact Index did just that.

In 2010, Varma, the award winning film-maker, swapped his editing kit for Excel sheets and put all his time and savings into Impact Index, an initiative that maps cricketers’ performances within formats, across their careers. By giving a player a score from 1-5 (up to 2 decimals) for his performance in a match compared to the performances of the 21 other players in that game, Impact Index can understand who actually made the most meaningful contribution. Impact Index were invited to showcase their findings at the ICC Centenary Conference in Oxford in 2009, mentioned in Wisden Almanack in 2012 (the first time an alternative stats system was mentioned in cricket’s most prestigious publication) and have now established a relationship with Cricket Australia.

Currently, a fast-bowler who has taken a flurry of wickets in seamer-friendly conditions in a dead-rubber (where all bowlers have prospered) will look much better on paper than a bowler who has taken a few key wickets on a dust-bowl in a high-scoring game to win a final for his team. The comparison is not fair. “A 5th test 4th innings 78* may be a far more important performance than a 1st test 1st innings 200* but guess who the stats will crown?” says Varma. It is only in cricket fans’ memories that ‘clutch’ players are remembered – until now. By indexing performances against others’ in individual matches and then averaging them out over a career, one can make a fairer assessment of who has had the most significant impact on matches and series. For example, Rahul Dravid – not Sachin Tendulkar – is India’s highest Impact test cricketer because he’s contributed more series-defining performances than anyone else in the history of test cricket. Dravid has the highest rate of converting series-defining opportunities: 35% (the average rate in Test cricket history is 12%). Smarter numbers tell a richer story.

The result is that when a batsman walks out to the middle and his Impact is shown to be 3.54, for example, you know exactly where he stands compared to his partner and the player he’s replacing. In a world of largely meaningless stats (“this is the highest 8th wicket partnership by an Indian pair at the Kensington Oval”), a player’s Impact simplifies things for the viewer. Calculating the Indices was anything but simple: Varma and Sarkhel along with IT-partners, Innosolv, in Bangalore sifted through every single game that every single player has played, calculated a mean contribution and then the player’s contribution against it. Their findings gave us information that simple averages cannot.

For example, Impact Index is able to measure a player’s performance under pressure by calculating how many wickets had fallen when the player came in and how many runs the players then scored compared to others in the batting line up. Impact Index predicted New Zealand would beat South Africa and reach the semi-finals in the 2011 World Cup, simply because the Kiwis were statistically much better under pressure and the Proteas batting line-up are very weak once wickets begin to fall. When Sehwag and Sachin got out cheaply in the final, most of us thought our chances were near-finished but the pair are actually the weakest chasers in the top 7; Virat Kohli and Gautam Gambhir in contrast are the Highest Impact Chasers in the history of ODI cricket.

We can go one level further: the data shows that one of the most under-rated batsmen in the IPL is Ambati Rayudu. At 1.52, his batting impact is in the top 15 of all IPL batsmen but he’s never been picked for India’s T20 side. His Pressure Impact is 0.11, the same as Chris Gayle, and his Partnership Building Impact is 0.14, level with MS Dhoni.

Farveez Maharoof is the most under-rated IPL bowler: he is #4 on the IPL bowling list with an Impact of 1.56, ahead of Ravi Ashwin! He’s played just 20 matches but has a Wicket-Tally Impact of 1.66, ahead of Dale Steyn’s 1.36.

We must be cautious because the numbers are a guideline – using them to predict results gives you a 75-80% success rate. Varma wants the numbers used in three ways:

Indeed, it’s not about being 100% right in one’s predictions. In the same way in which Opta Stats are revolutionizing the way football is being analysed in Europe, Impact Index has the ability to add real value to cricket in India. For example, a football commentator can no longer afford to say “this player is generally a poor long passer” because a second later, OptaJoe will tell 381,881 twitter followers that “the player actually has an 87% pass completion for passes over 30 yards, the 2nd highest in the league”. With all the numbers that surround cricket, we can only hope to see the same level of insight because the teams, the fans and the IPL itself stand to benefit.

5,283
Thank you for your comment, we value your opinion and the time you took to write to us!

Tweets by @forbes_india
Prev
India Must Not Be Complacent at Mohali
Next
What made Sir Alex Ferguson such a ruthless winner?