What made Sir Alex Ferguson such a ruthless winner?

Three Premier League campaigns show why he was the best

Much will be written about Sir Alex Ferguson after his retirement today. His 27 years at Manchester United made them the biggest club in England and arguably the world. In my opinion, what made him the best was how he won when, really, he didn’t have the best side. Even if he didn’t have the best players, his teams would win and win and win and wait for competitors to get complacent and slip-up. That they would peak around March, the most crucial time of the season, was testament to their fitness and his training regimes. For me, three seasons in particular highlight what made him such a ruthless winner. 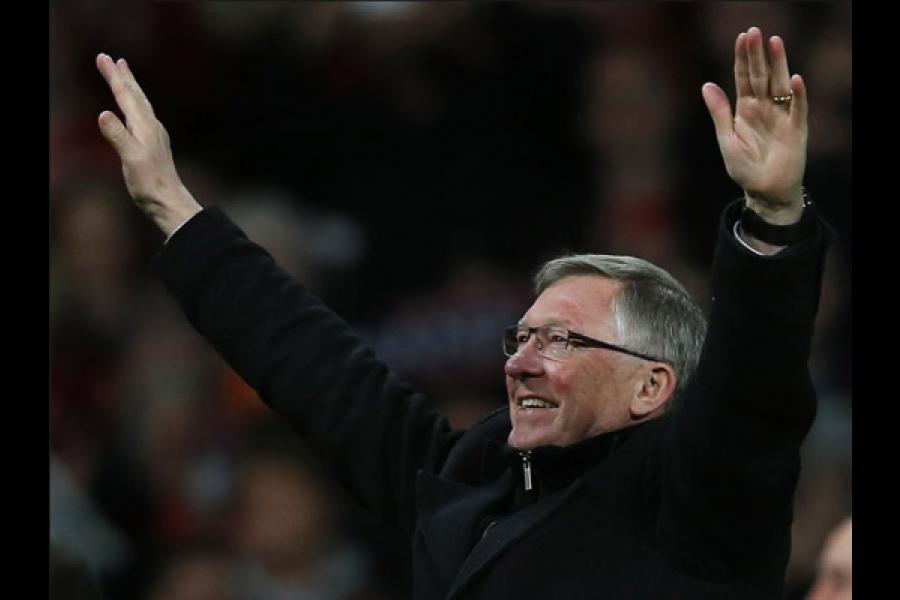 Arsenal had won the league in the previous campaign and would go on to win it again the next. At the end of the 2002/03 season, five Arsenal players made it to the ‘team of the season’ yet Paul Scholes was the only United player chosen. That year, Arsenal were 8 points clear at the top of the table by March. But as Sir Alex Ferguson’s Manchester United teams always do, they beat what was in front of them and waited for Arsenal to make a mistake.

In Thierry Henry, Arsenal had the best player in the league and finished the season top scorers. But Manchester United knew that giving themselves a chance meant keeping a mean defence. The paid an English transfer record £29.1 million for defender Rio Ferdinand and ended up conceding the fewest goals that season. Ferguson has never been afraid to bet big. Arsenal slipped and Ferguson pounced: they won 9 of their last 10 games, drawing once with Arsenal.

Key lesson: When you're the number 2 player, focus on winning your own battles and waiting for your opponent to slip-up. If they don't, fair enough, but if they do, then you're right there to capitalise.

In 2009, Cristiano Ronaldo left Manchester United and Chelsea blitzed their way to the league title. 2010/11 was to my mind, one of the least dramatic, least memorable Premier League seasons in recent times. Dimitar Berbatov was United’s and the league’s top scorer with only 20 goals. They won just four times away from home. But other teams were equally mediocre. Chelsea and Manchester City finished on a paltry 71 points: it seemed no one wanted to win the league.

Ferguson, though, did. And he instilled this drive into club captain Nemanja Vidic. The Serbian defender scored 5 crucial goals and won the player of the season award. Was it memorable? No. Did United win? Yes. That sums it up. History will remember the title, not the way it was won.

Key lesson: Winning dirty and wanting it more than your rivals. Sometimes the entire market under-performs, but you can't let yourself get complacent. Sometimes winning is doing less bad than everyone else.

In the drama that surrounded Manchester City’s last minute league-winning goal in the 2011/12 season, many people forgot that Manchester United only lost the title on goal difference. It was another solid but unspectacular Ferguson team that had pushed its competition till the very end. As this season began and Ferguson showed off his latest big bet, striker Robin van Persie, I still questioned whether gaping holes in his team were going to be exploited.

They still lacked the mouth-watering midfield they had in the 90s and they were conceding far too many goals. Chelsea had signed the sparkling talents of Hazard, Oscar, Marin, Moses and Ba. Manchester City still had their title winning side. But as the others floundered, van Persie kept rescuing United. Their 2-1 win at home to Arsenal summed them up: they didn’t create much but took the chances they knew they would be presented with. Quietly brilliant performances by less glamorous names like Evans, Jones and Carrick gave van Persie and Manchester United the platform to pounce.

Key lesson: Take each game/day, one at a time and be patient. You will get the opportunity to strike, you need to wait for it to come to you.

Whenever you looked at Manchester United team sheets – no matter how uninspiring they may seem compared to the nouveau-rich clubs’- you always had to consider who the 12th name on the roster was. Alex Ferguson has consistently improved his players and gotten more out of them than was thought possible. He’s the reason why Manchester United matches are never played ‘on paper’.

2,766
Thank you for your comment, we value your opinion and the time you took to write to us!