Why I’ll always like Kohli, even if he fails

For most of us, failure is neither an option nor a possibility. But perfection cannot be replicated at all times 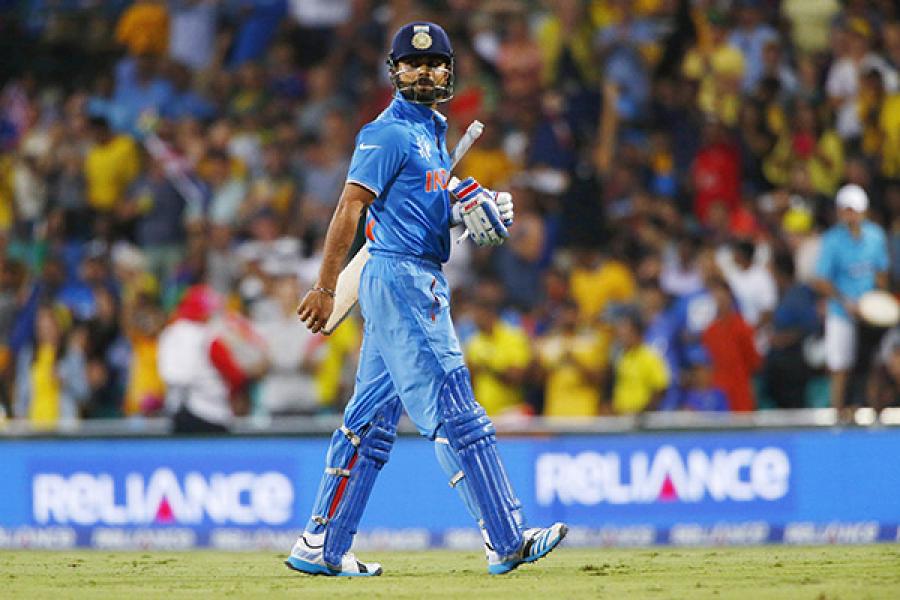 To some, it was all set up, to some, it was lack of hard work and to some more, it was even dereliction of national duty. There were vitriolic outbursts against our heroes, and (Virat) Kohli was being singled out.

The debate here raises an interesting conundrum. From ancient times, there has been a concept around "social contract". An implicit form of agreement among individuals by which society becomes organised and operates for mutual benefit. This was particularly relevant in times when laws were understood, but not necessarily written.

Presently, the concept of right and wrong, true and false is blurred at the altar of slick legalities, as so poignantly borne out in the celebrated OJ Simpson case or in the much-acclaimed "Nobody killed Jessica Lal" case. The likes of Srinivasan and Clinton, of course, believe that such laws and expectations are archaic.

In the case of celebrities and heroes, the issue befuddles one's mind. Usually, these are young, impressionable and irrepressible beings with enthusiasm, ambitions and irreverence at their core. And during their success, we rejoice these very attributes.

So, when a pop star overdoses drugs, or in this case, when Kohli revels in justifiably well-earned nubile company (but at a moment when the nation is hungry for recognition),  albeit in a World Cup which does not cover even half the world, is it right for what appears to be harmless, natural and I dare say well-earned relaxation?  I think it is. But should someone show more judgement and propriety? Does he even owe the nation that?

If he enjoys the adulation he deservedly gets, the ululation that makes him smile and thrives in that fuzzy love affair he has with his country, just maybe, he should be counselled to develop his soft skills so that his fans do not see him as uncaring.

He is not. I am sure he is burning inside as we all are. And unlike us, he will do something on the field to restore his pride and his place. But even if he doesn't come out with a sadder face next time in public, he will remain what he always was: A great talent and a future leader for India, albeit not a sensitive one, capable of massaging everyone's senses.

The hype to create demi-gods to sell a product called "cricket" suggests perfection and victory at all times to the Indian housewives, armchair pundits, rotund middle-aged men, children and hysterical teenagers.

But it's not a machine ala the water purifier that (Sachin) Tendulkar implores us to buy every day on TV.

Indeed if viewers were to associate that water purifier to Tendulkar's less-than-perfect 10 performance on the field (and he is the only god I am told in cricket), they would buy something else. Because you should not be drinking water from a machine anyway that could possible have an average success of only 55 percent.

Cricket is a sport. The national identity of a great nation does not rest on 11 blue-clad 20-year-olds frolicking or playing good cricket, whichever the case maybe. Pride maybe, but the expectations seem to suggest that our people have no other means of celebration and neither any other source of inspiration.

My admittedly limited analysis shows that the way a sport has been packaged and the way the performers have been marketed and elevated in India is unprecedented globally.

It spreads a message which is one of perfection, success and most of all, it has implied that failure is neither an option nor a possibility either.

So when a Kohli failure tarnishes that perfect product or takes away "eyeballs" from TV, surely it has to be regained at all costs?

So why not hone in on the performer itself and show the viewers that the product is still good, it's just that some people did not perform their parts perfectly as they should at all times.

Redirect the venom and thereby those eyeballs to watch your channels again and read your papers, albeit this time not to revel but to reject and thereby resurrect.

So, I went back to my basics.

I look at the evidence.

To me, no social contract or any explicit legal committee man has been either broken or violated.

The game will go on.

Not in moments, but always, as he gives me enormous joy when he delivers and makes me understand why he will fail as perfection cannot be replicated at all times.

For my water purifier though, I will buy the one which has an ISI stamp and a good brand and stay way from the one Tendulkar is selling!

Yet again, I am made to remember that great people will always be judged and even remembered for their failings and blemishes.

Seldom for their greatness only.

Let it not befall this great bunch of "men in blue".

19,688
Thank you for your comment, we value your opinion and the time you took to write to us!

Tweets by @forbesindia
Prev
Dear Tendulkar-bhakts: how do you solve a problem like Maria?