A Personal Story: What can the U.S. learn from India's healthcare system?

What are some takeaways for U.S. healthcare from India? This week, I am sharing a personal story which re-shaped my perspectives on India's healthcare. 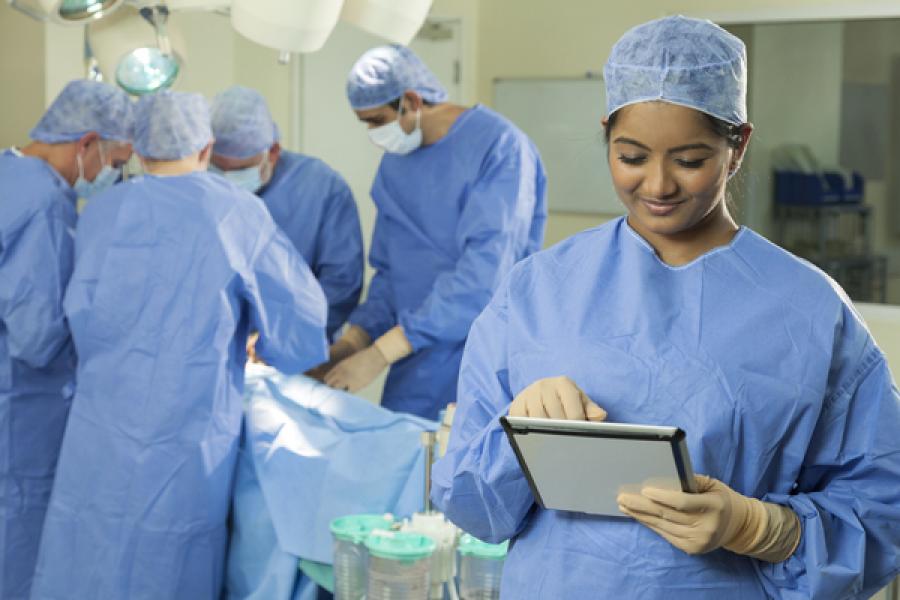 Previously, I wrote about India's healthcare system and its characteristics. This week, I want to share a personal story highlighting some qualitative advantages of our system and prescriptive takeaways for U.S. healthcare.

In June 2012, I woke up at 7 AM with a phone call from Chennai. It was from my 52-year-old mother in her broken voice whispering “They say it is surely malignant.”  I had no idea what it meant then. Like many, I came home from work and “Googled” her diagnosis for two straight hours to find out. She was diagnosed with Stage II cervical cancer that day at Chennai’s leading cancer treatment centre. I was later surprised to learn that this type of cancer affects nearly 300,000 women every year around the world and it is also one of the leading causes of deaths for women in India.

Before I jumped into any conclusions right away, I went ahead and did a detailed comparison of Indian and U.S. healthcare systems–a journey which changed my perspectives on India’s set-up. Here’s what I found.

Strong Support Systems The support system in India is incredible. I will be surprised if any of the western nations can even come close. The day my mother was diagnosed, she got all the support needed with everyone in my family around her. She still thinks that this is the number one reason for recovery and positive outlook.

In U.S., unfortunately, families are weakly knit. According to Census.gov, a U.S. government website that captures national census information, the average family size in U.S. was between 2.61 to 3.28 in 2009. This is well below the 3.35 to 5.47 for India during the same period. Similarly, looking at the trends data on household sizes, a number that has been shrinking between 1970 and 2007 in the U.S., we can say that families are definitely beginning to include only the parents and kids, or just a single parent and kids. No grandparents or extended families are a part of most U.S. families today.

I think this is a troubling trend which has to be reversed. Take for instance in Texas, Medicaid, an insurance system which pays for the poor, pays for the transportation of patients to hospital. Although this seems like a nice idea at first, it simply shows the kind of support that people don’t receive automatically from their family or friends. Solving such a long-term systemic problem is going to be difficult. U.S. can learn about the benefits of including elderly parents in families as a grassroots level fix to solving its long-term debt and healthcare cost problems.

Easy Access to Care
Access to healthcare is defined by a patient’s ability get to a primary or specialty care hospital. If you live in a metropolitan city in India, this is generally readily available. The problem comes when you live in a rural part of the country. Having a health insurance is a big factor in the U.S. In addition, getting an appointment for the doctor of your choice is challenging. Your doctor has to be in your insurance network. If not, you may end up paying a lot. Even after going through these hurdles, it is still hard to get an appointment at your convenience. Doctors don’t see you on the weekends and you need to book an appointment at least three weeks in advance. If you need to see a doctor right away, you have to be really sick and visit the emergency room of a hospital only to find out that you have to wait for four more hours.

Getting your tests done is another monster. Your insurance must cover all these services and you have to make an appointment with the hospital. All of which could easily add up to a four-week waiting period.

Now, let’s turn our focus to the Indian scene. A recent IMS Institute study was quoted saying that 60 percent of urban Indians get ready access to providers. This is very true in my case. All my mother’s appointments and tests were scheduled within two days of her diagnosis and were completed in less than a week. This would have been impossible in the U.S. in its current set-up. Basic access to care is fragmented and available only after sorting out the complicated health insurance structure. Even though the quality of care might not be up to U.S. standards, India has done a great job of making routine things easily available. It is easy to get an appointment, easy to pay for an appointment, and easy to schedule your tests.

Paying for Care
Paying for care in India is relatively simple – I am not arguing that it is always affordable for everyone. If one can pay for the care, the prices are actually very transparent. For three months, a combined chemotherapy and radiation cost exactly what the doctors initially estimated. Our family was never surprised with the final bill. Although that says nothing about the cost or its effectiveness, price was still transparent. We roughly knew what we were getting into before we agreed to the treatment plans.

There is no way we know the price of treatments ahead of time in the U.S. Costs are always hidden and variable depending on the type of insurance coverage and your risk profile. If you are employed and if your employer provides a good comprehensive insurance package, you are completely shielded away from the costs because you end up paying almost nothing.

Coming back to my own story, my mother is completely fine now. In early 2013, she even visited the U.S. and spoke to a few physicians there. They were all amazed by the care she received in Chennai. I think all the credit goes to her strong will, support from family, the doctors who treated her, and, most importantly, the system that made easy access possible in cities.

In conclusion, it is clear that both countries have their strengths and weaknesses. If the U.S. draws lessons from India’s strengths—supportive social structure, simple payment systems and cost of care—it could act as a stepping stone into its future. India, on the other hand, must consolidate its pluses and ensure that it ups its game to tackle the negatives. A lot still needs to be done, but I am optimistic.

8,735
Thank you for your comment, we value your opinion and the time you took to write to us!