A new Bridgespan study of 15 of the greatest social impact stories globally reveals lessons as to how philanthropists can advance audacious, large-scale systems change 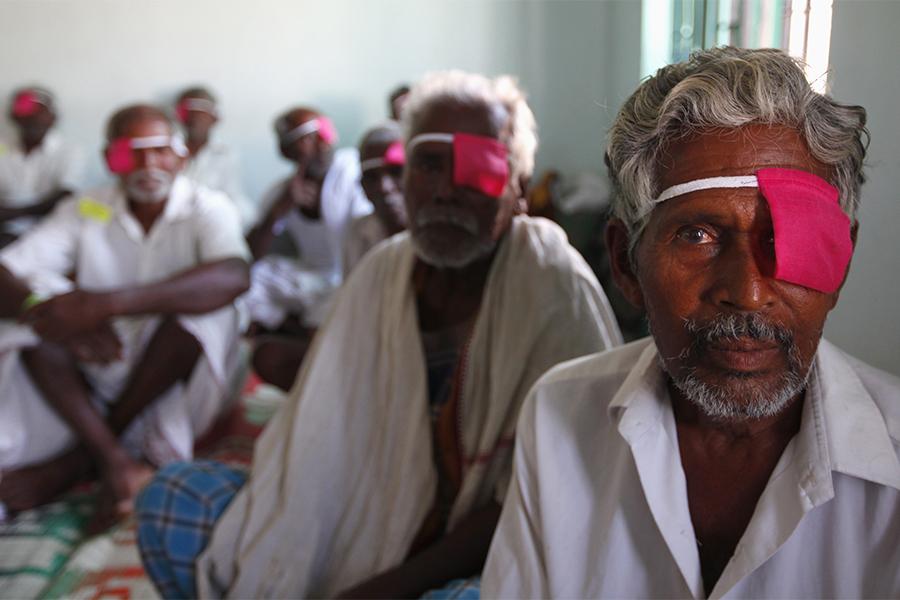 Aravind Eye Hospitals treats more than 40 million patients and conduct five million eye surgeries, a majority of them at a price of zero

How did India go from a country where polio was hyper endemic to being polio-free? How did Aravind Eye Hospitals treat more than 40 million patients and conduct five million eye surgeries – the majority of them at a price of zero – and reduce preventable blindness in Tamil Nadu by 50%? How did Bangladesh achieve a 90% reduction in child deaths from diarrheal diseases by popularizing the concept of oral rehydration?

Philanthropists often aim to achieve large-scale, extraordinary impact. Yet newer philanthropists can experience frustration if their efforts don’t produce the desired results within a relatively short timeframe. This frustration can cause them to retreat into seemingly safer, less ambitious grant-making, which is unfortunate because success is attainable. But in reality, it takes sustained attention over decades to win large-scale, landmark victories, and these historic success stories provide lessons on how to do it.

In analysing a diverse group of success stories, ranging from broad access to end-of-life hospice care to marriage equality in the US, we aimed to provide philanthropists and change leaders with a kind of ‘check list’ for elements of change that we observed repeatedly across initiatives. Of course, these are highly complex efforts with countless factors influencing the results, but we hope that greater focus on these five common elements might help other efforts to increase their odds of success.

The five elements are:

Build a shared understanding of the problem and its ecosystem Many of the historic success stories began with funders who dedicated resources to understanding and framing the problem they were trying to solve. Importantly, they continued to monitor the problem as it evolved over time, building and rebuilding consensus among stakeholders. Ongoing problem re-definition made the critical difference, often requiring collaboration between philanthropists, government agencies, and other key actors.
Consider the movement to reduce tobacco use. Decades of research funding, including substantial investments from the American Cancer Society and the Robert Wood Johnson Foundation, among others, fuelled the construction of an airtight scientific case that tobacco was harmful to people’s health. This helped to build consensus among scientists, doctors, government leaders, and eventually smokers, which was crucial to overcoming vigorous resistance and obstruction funded by Big Tobacco, and it has provided an evidence base for national campaigns for tobacco control around the world, including India’s tobacco tax. Success in the US and India both required a shift in the problem they were trying to solve: from asking individuals alone to stop a cheap, popular, ubiquitous, highly addictive habit (“smoking cessation”) to implementing a broader structural “tobacco control” response that increased taxes and prices, prohibited sale of tobacco to persons below 18 years, created new social stigmas through restricted advertising and mandatory health warnings (including pictorial warnings), and restricting locations where smoking could occur.

Set “winnable milestones” and hone a compelling message
In these stories, leaders identified and rallied around a concrete and emotionally-compelling objective that could be measured and acted upon.

The success of India’s elimination of polio is a good example of this. The Indian Ministry of Health, with support from organisations like WHO, UNICEF, Rotary International, Bill & Melinda Gates Foundation, and other stakeholders started a nationwide Pulse Polio Immunization Program in 1995 to eradicate the disease that crippled more than 50,000 children in the country every year. The government drove home the campaign with images of crippled children and a memorable message: how easily the tragedy could be avoided by just “two drops” of the vaccines. It hit home – polio immunization coverage soared to nearly 100% and the World Health Organization declared India polio free in 2014, after no polio cases were detected since 2011.

Design approaches that will work at massive scale
Over the last century, billions of philanthropic dollars have been poured into perfecting social services, products, or strategies viable for small groups, but unworkable or unaffordable at the full scale of the need. These success stories describe how the most successful social change initiatives envisioned impact on massive scale from early days. Often requiring continued iteration and innovation, “scalability” remained a key design parameter, co-equal to impact. On this dimension, a growing number of global philanthropists are recognizing India’s potential to lead the world.

As one example: Aravind perfected a hyper-efficient surgical process and paired it with a business model based on a variable fee structure. Together these allowed Aravind to treat hundreds of thousands of poor patients at little or no charge by attracting enough paying patients to cover the costs for the poor. Now performing more than 400,000 eye surgeries a year—with quality equal to or better than the British National Health Service’s, and at one-thousandth of the cost—Aravind has propelled a dramatic drop in the rate of blindness throughout Tamil Nadu and has expanded to serve and share its model in other regions as well.

Drive (rather than assume) demand
Another common element to all the success stories was investing to catalyse demand for the new product, service, or practice. Philanthropists and others funded research on what beneficiaries really wanted and needed. The best efforts put beneficiaries (often poor and underserved) at the centre and treated them as respected customers whose demand needed to be understood and earned.

The proliferation of Oral Rehydration Therapy in preventing diarrhoea-related deaths in Bangladesh got a boost from two donor-funded efforts to promote a solution already validated by the International Centre for Diarrhoeal Disease Research in Dhaka. As part of the government’s National Oral Rehydration Project, international aid agencies funded a decade-long campaign to grow demand, led by NGO BRAC, which educated 12 million households about the life-saving solution. In addition, USAID funded an effort to locally meet demand, by mass-producing and distributing ORS packets to pharmacies and groceries across the country.

Embrace course corrections
To achieve winnable milestones over decades, each effort had to adapt and improve as it progressed, in particular adjusting to changes in context over decades. Measurement and evaluation were used as a way to learn, adapt, and improve over time, rather than a blunt tool to punish grantees for under-performance.

When Aravind found that it was attracting less than 20% of the potential rural patient base for free surgeries, it conducted field research. This research discovered the many barriers that poor rural people faced in making the choice to have the surgery. It then added services like food, lodging, and transportation to address those constraints. Today the acceptance rates are over 90%.

For philanthropists who wish to achieve similarly audacious, large-scale results this framework shows that flexibility and creativity is critical to success. Across these 15 initiatives philanthropists did not themselves need to engage across all five elements of change, nor did they go it alone. At their best, philanthropists deeply understood the problem and the people who were suffering from it, identified funding gaps left by others, focused their resources at specific, strategic points of leverage, and helped propel historic wins for society.

11,572
Thank you for your comment, we value your opinion and the time you took to write to us!

Tweets by @forbesindia
Prev
How much can you trust the food you eat?
Next
Mid-day meal scheme: A nutritious promise to boost learning outcomes