India to Doctors: Please Don't Leave or We'll Bring You Back 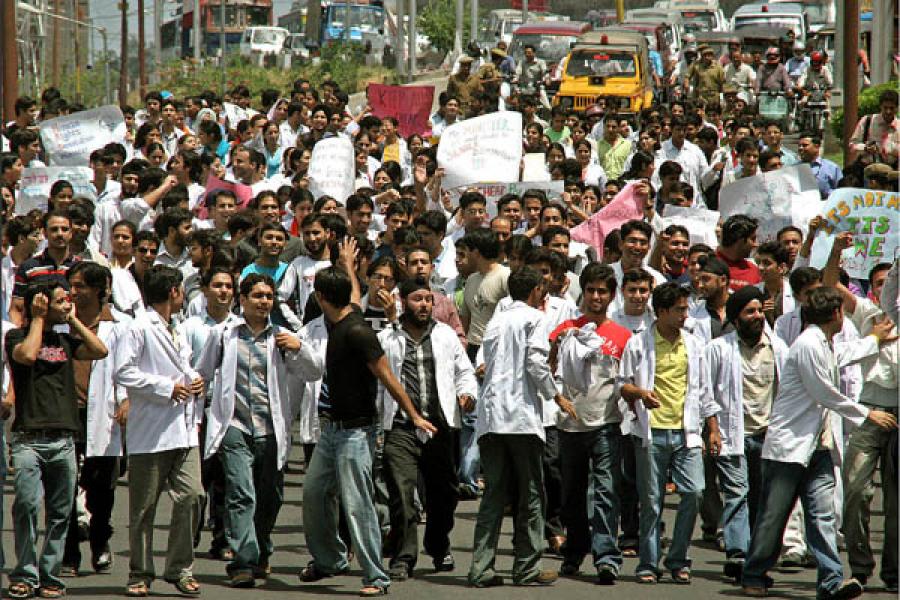 In various news reports, Health Minister, Ghulam Nabi Azad, has said, “From this year onwards, any student going for further medical education to the US will have to give us a bond that he will come back after finishing the studies. In the last three years, 3000 doctors went abroad for studies and did not return. Now if a student does not come back from the US, he won't be allowed to practice there.”

Students who received an admission in the US for the academic year of 2012 are in a quandary now. As they apply for their visas, the government has asked students to sign an affidavit, which has one clause that says they will come back to India if asked to do so. This is a bid to curb doctors from leaving India.

This raises a problem for students as many of them are unclear when they will be asked to go back.They spoke to me on the condition of anonymity, and they made their case.

One, most students travel to the US under a J1 visa, which works as an exchange programme. Here, students are treated as residents, where they study for at least three years and can continue to practice. Under this visa, it is mandatory for them to return to their home country after seven years to serve in their home country for two years. They can waive that return by serving in a rural area in the US. With the new rule, students are uncertain when they will be asked to come back.

Two, most of the students I spoke to said they studied in private colleges. They feel it is unfair to ask them to come back as they have not received any support from the government. They say Azad is doing this because of the number of students who study in government colleges and leave to study and ultimately migrate to the US. The few that I interviewed said none of them studied in government colleges under the merit category, which receives a huge amount of monetary discounts.

Another problem from the government’s side is the figure that the ministry is quoting: 3,000 doctors in three years. If you just divide that, it works out to 1,000 doctors per year of a total of 45,000 graduating doctors in India annually or 2.22 percent of the total number of doctors India produces every year. Instead of focusing on the minority, the government should strengthen the post graduate courses in India, which has increased over the years, but still has a long way to go. Currently, for an MD degree, there are a little less than 5,000 seats across the country.

One student I spoke to says his friend tried for two years to get into the merit category for an MD in Surgery course in India, and finally resolved to pay the fee and get his seat as he was losing time. The sum was a whopping Rs 1 crore. This is a third reason students are angry. The cost of getting a post graduate seat in India is still higher than what they would have to pay in the US.

While education in the US is not cheap, they argue that they have spent a lot of time, effort, money and energy flying up and down just to write the exam. Each exam costs a student approximately $1,000, and they write a minimum of four. Students feel like the government has taken the issue up at a time where they have months to get their papers processed and leave.

If the government demands that students come back to India after their course of study, going abroad will not just be harder, but it will make coming back to the country bitter. Another student said he runs an NGO and knows he will come back in 15 years to India, but a rule like this will leave a “bitter taste” in his mouth as he will feel forced to come back rather than it have been his own choice.

The ministry should focus on the larger picture, the 97.78 students who stay in India. Incentivise their work and give them benefits for choosing to stay behind instead of penalizing the few who go abroad.

108,724
Thank you for your comment, we value your opinion and the time you took to write to us!

Tweets by @forbes_india
Prev
Key to Aging Well: Let go of Regret
Next
Don't be Averse to Clinical Trials, Fix the System