It’s possible to 'live' with cancer, rather than succumb to the idea of ‘dying’, which cancer has come to symbolize.

American essayist Susan Sontag called cancer “the disease that doesn't knock before it enters”. But as cancer cases are rising, to a large extent because of increased longevity, people are learning to anticipate this knock.

The World Health Organization estimates that by 2020, every family in India will have a cancer case; some others believe one in six or eight Indians will have cancer in their lifetime. These are statistics that should keep the public health policy makers up at night. On our part, I think it’s more important that we become aware and informed about the disease and the fact that it’s possible to 'live' with cancer, rather than succumb to the idea of ‘dying’, which cancer has come to symbolize.

So when a start-up, Invictus Oncology, decided to bring thought leaders, researchers and practitioners in the field of cancer to brainstorm in Delhi, it appropriately titled the symposium, “Living with Cancer”. 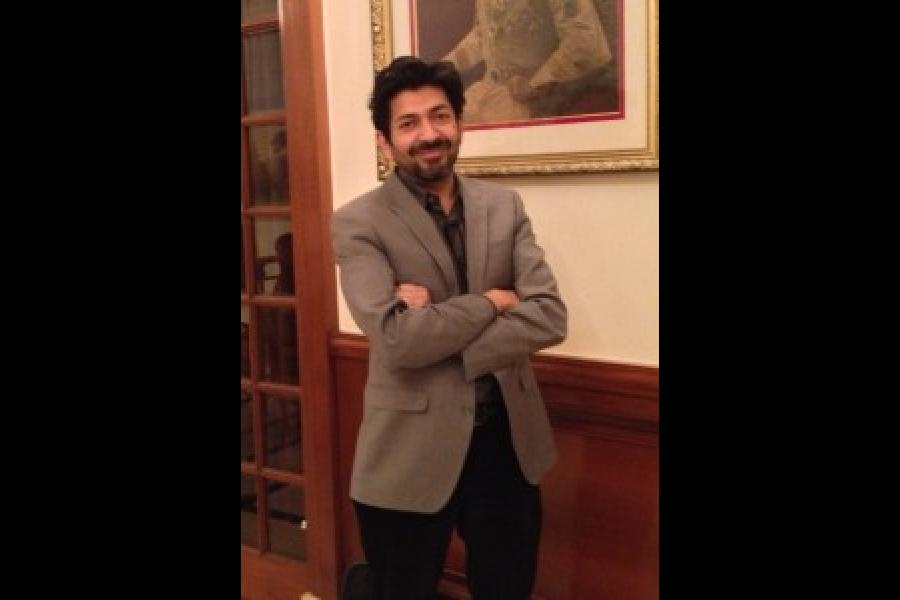 Who better to kick off the evening than Siddhartha Mukherjee, a practising oncologist from the Columbia University Medical Centre and author of the Pulitzer prize-winning book The Emperor of All Maladies? Even though most of us came away moved, philosophically and scientifically educated after reading his book (it has sold more than half a million copies and is being translated into 20 languages), watching him sum up the entire history—from 4500 BC to date —in 25 minutes was like an illuminating crash course. It evoked mixed feelings—of fear, awe, alarm, optimism, and much more. Mukherjee’s lines from his book rang truer: “…We might as well focus on prolonging life rather than eliminating death. This war on cancer may best be won by redefining victory.”

Up until the 1970s, cancer was seen and known as a disease of cells that could be killed by poison (Mukherjee calls chemotherapy drugs poison). A cancer cell is a perversion of the normal cell. Between 1970 and 1990, as science progressed, a new idea took shape: cancer as a disease of the genes. That every cell has a combination of accelerator and decelerator genes and when normal genes get distorted, cancer invades.

Further advances in genetics and allied technologies, between 1990 and 2000, showed that cancer was a disease of genomes: it was not one gene but many genes that got altered in this disease. How many? We are still figuring that out. While there are deep commonalities between cancers, each cancer is unique. And the challenge before practitioners is how do you personalise the treatment (or trials) when the complexity is so huge? “How do you categorise a human face?” asks Mukherji.

From 2010 onward, Mukherjee believes, a new face of cancer is emerging: it's organismal. By “organismal” he means a disease that encompasses much more than cells and genes: physiology, environment and, above all, community. In his book he says: “In writing this book, I started off by imagining my project as a ‘history' of cancer. But it felt, inescapably, as if I were writing not about something but someone. My subject daily morphed into something that resembled an individual—an enigmatic, if somewhat deranged, image in a mirror.”

This descriptor fits well when you think of the survivors: in battling “an organism”, they need the support of the entire community. We heard two fascinating stories on Friday, of actor-model Lisa Ray and Nobel laureate Roger Tsien.

Tsien’s talk was inspirational for many reasons. A professor of pharmacology at UCSD, he shared the 2008 Nobel Prize in chemistry. During two meetings in 2009 and 2010 at Lindau in Germany, I had heard him speak about his colourful palette of proteins derived from jelly fish and corals which he has been using to look at hitherto inaccessible cells and tumours. Between July 2010 and now, he was diagnosed with prostrate cancer, got it treated, and is now back to advancing his work and “delivering talks” around the world! You can hear him talk about his famous green fluorescence protein in this video. [youtube]http://www.youtube.com/watch?v=6eVkYLuicM4[/youtube]

His talks are peppered with humour, which can get caustic if he directs them to big pharma’s approach to cancer or to the Swedish “publicity machine.” In Delhi, he started off by saying: “I am also a cancer survivor, though not nearly as beautiful as Lisa.”

Not as beautiful, but if he succeeds in commercialising the molecules that improve cancer surgery through molecular imaging, it’d be a quantum leap towards cheaper and safer cancer treatment. Tsien works on solid tumours which cause 90 percent of cancer deaths. It is much cheaper to detect and surgically remove localised tumours than treat late stage tumours that have spread. But most of the pharmaceutical industry is focused on developing drugs for the latter; not much effort is directed towards improving surgery or radiation that would significantly reduce cost compared to the lifetime of medication that chemo drugs require.

Along with fluorescence proteins, that make tumor cells glow and thus allow a surgeon to know precisely what to cut, he is developing nerve-highlighting peptides so that the nerves remain intact during surgery. “It’s just as important to know what to cut, as what not to cut,” he says. It’s like people digging up make sure they don’t cut gas, telephone, or water pipelines.

Citing his own example where it took an extremely experienced surgeon to find his tumour, he said, right now it’s not possible to see a cm-grade tumour even if the biopsy shows it exists. In the years to come, it is likely that other image-based diagnostics, say, mammography, can use his technique and imaging molecules to detect cancers even before they develop.

For Lisa Ray, life has acquired a new normal in the 12 cancer-free years that she’s been technically given: marriage, new work lease, and an acknowledgement that as natural as the fear factor is, it needn't rule your life.

Shiladitya Sengupta, a Harvard academic and founder of Invictus, says he organised the symposium so that the community, of researchers, policy makers, care givers and others, start talking to each other.

One of the new enabling technologies today, says Mukherjee, is biological chemistry. With the available vast repository of cancer information, it’s now time for chemists to turn them into actionable medical intervention. Can India, which has traditionally been good in chemistry and is now good at developing IT tools, make a difference? Or even pluck some low-hanging fruits for itself?

At least those who had gathered in Delhi last week think so!

91,650
Thank you for your comment, we value your opinion and the time you took to write to us!

Tweets by @forbesindia
Prev
How to get a diet plan for free
Next
Healthcare via Shipping Containers?