Philips Wakes up to Reverse Innovation

It was sort of a report-card day for Wido Menhardt, the chief executive of Philips Innovation Centre (PIC) in Bangalore on Friday. A little over two years into this role, he was showcasing some of the technologies and products that were developed “in India, for India”, a tagline that has, frankly speaking, begun to sound clichéd. Far too many MNCs have started using it, and far too often!

Along with managing director of Philips India Rajeev Chopra, Menhardt unveiled two new, portable ultrasound machines, a suite of Intelli-Hospital products and an e-ICU. The first two categories of products were a global launch for Philips. Now that’s some change in mindset. Exactly two years ago when I had met Menhardt, barely two months into his new role in India, he had said, “There is need for more value products in the Indian market. Until now, the lowest products in the US market were picked up for sale here.” 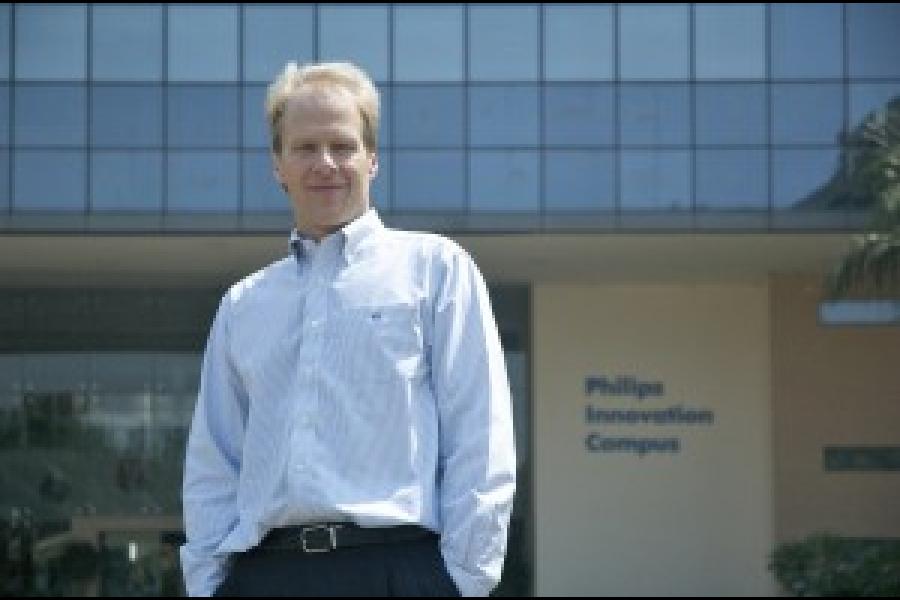 That was a refreshingly honest statement from the head of a large MNC centre. A year later in 2011 when I asked him how he was doing, he said, “I can say that I am making progress on some of the key objectives I had set out to achieve to bring PIC and the local [Indian] sales operations closer.” But he did hint that his report card would show results only next year, that is in 2012.

So watching some of the demo at PIC yesterday, it was clear that Menhardt and Philips have taken the “value” segment seriously. For the first time they have general managers, marketing teams and a full supply chain support to make these products work, here as well as in other markets. “Earlier there would be someone in the US or Europe telling teams here what to do,” said Menhardt.

Though competition, GE in particular, has been ahead in leveraging the insights and constraints that the Indian market offers for innovation, Philips’ technologies look promising. For instance, the ClearVue ultrasound, which is built ground-up, and besides claiming lower cost, higher energy efficiency, better image quality (that will handle about 50% cases earlier referred to CT), etc, has brought a new technology, Active Array, that moves intelligence from the system to the tiny transducer (the probe that does the scanning). Despite repeated questions, the team did not give away much, but it clearly points toward a healthcare era where the device is separated from the data; stored and  analysed on the cloud.

Launch of ClearVue is also a big deal for  Philips, says Menhardt, because the company  is moving quickly to innovation in the emerging economies, be it India, Brazil, or China. "In particular if we're able to set global benchmarks in speed to market, as we did with ClearVue."

Two other demonstrations, of e-ICU for tier 2 and 3 towns, and IntelliHospital, for high-end healthcare centres, also gave a glimpse of where healthcare is headed. Intelli-Hosptial is a concept that a lot of medical and other technology companies have been experimenting with, but what gives companies like Philips (and perhaps Siemens and GE too) a big edge is the fact that they deal with disease management and hence the ‘clinical decision support’, or analytics, that they provide to the machines is far superior to what non-med-tech companies can offer.

A year ago Menhardt established a global Mobility Centre of Excellence for Philips at PIC, to extend the capabilities in healthcare, lighting and consumer lifestyle to mobile platforms. We got a whiff of what a smart phone can do in these spaces, nothing out of the world I must say, but it did show a more manageable way of doing things, be it hospital staff getting all alerts and streaming data on their phones, or a person getting control of all lighting in his workplace or home, or of music/photos/videos, done wirelessly through AirStudio using a phone/tablet/PC.

It's not easy to make engineers, who've been hired in batches and bundled up with a manager to do the off-shoring job, to innovate. Now that Menhardt has begun attacking that problem, what should we expect in  near future?

He certainly expects "Jugaad 2.0",  innovating in India for the world. "The ingenuity and innovativeness of India is all around us, and if we can channel that so it becomes repeatable, reliable, scalable, we may see India develop into a global innovation engine. But this will take time," he says.

Sometime back Menhardt had said, Philips India, like other Indian arms of MNCs, was about sales, with super sharp focus on high quality and low cost. PIC on the other hand was less about cost reduction and more about innovation. He has been trying to bring the two closer. Watching Chopra and heads of healthcare and lighting, Krishna Kumar and Indranil Goswamy respectively, together talk about what’s new and in the pipeline, it seemed grades in Menhardt’s report card had improved from 2010.

Now, how much market share they’d clinch from the competition in some of these product categories, (especially in ultrasound, and excluding lighting), will reflect in the next report card. We’ll make sure we get you those grades next year!

7,736
Thank you for your comment, we value your opinion and the time you took to write to us!

Tweets by @forbesindia
Prev
Don't be Averse to Clinical Trials, Fix the System
Next
New Drugs at Generics' Price: Pipe Dream or Possibility?