Protein Day 2021: Can plant protein be the solution to India's supply vs demand conundrum

India is the largest producer of pulses, accounting for 25 percent of the world's output yet 70 percent of Indians are protein deficient 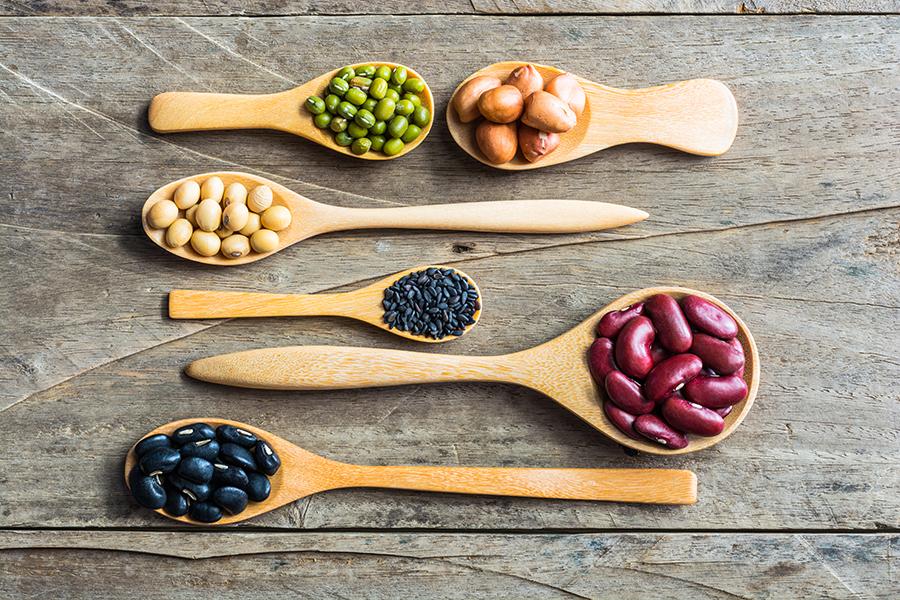 The adequate intake of protein, an important macro-nutrient, in everyday diet is often grossly undermined and neglected. In India especially, the lack of awareness is concerning because protein deficiency is a very real and significant issue that needs immediate and urgent action.

According to an estimate, over 70 percent of the country’s population is protein deficient. So the first thought that arises is whether the country faces a shortage of protein-rich foods despite being a world leader in the production of pulses, which happen to be a rich source of protein and make up for a key component in a majority of the population's diet. At 20 million tons per annum, India produces approximately 25 percent of the world’s pulses.

If supply does not seem to be the problem, the only logical explanation for India’s protein deficiency could be that Indians lack awareness and are not consuming an adequate quantity of protein on a regular basis.

While the recommended dietary allowance of protein for an average Indian adult is 0.8 to 1 gm per kg of body weight; the average intake currently is only about 0.6 gm per kg of body weight, with a decline in the per capita protein consumption in both urban (4 percent) and rural (11 percent), areas observed as per the National Sample Survey 2011-2012. This is in sharp contrast with the rest of the world—protein consumption across the globe is on the rise, averaging at 68 gm per person per day—pegging India at the bottom end in terms of average protein consumption.

Indian diets are predominantly cereal-based with the recent 'What India Eats' report by the National Institute of Nutrition stating that cereal and millets contribute 51 percent and 65.2 percent energy in urban and rural regions, respectively, while the recommended contribution is 45 percent; while pulses, legumes, meat, poultry, and fish contribute a mere 11 percent of the total energy per day in urban and rural areas, as against the recommended minimum intake level being 17 percent of total energy from these sources.

Not only do cereals have poor quality and digestibility, but they are also less complete proteins, which do not fully contribute to the required quantity of protein on a daily basis. With this, combined with the urgent added need to consume enough and more protein to build one’s immunity during these testing times—it is imperative to delve into solving India’s protein conundrum.

As per the Protein Paradox study, three key reasons hound India’s protein awareness—paucity, psych, and pinch. A lack of considerable knowledge about ideal sources of protein, misperceptions, and myths that overshadow consumption in Indian homes reduce protein intake to a pinch amongst basic staples as most sources remain unidentifiable. This combined with the lack of affordability, often for the lowest segments of society has created a gap between India’s growing protein deficiency and an attempt to tackle this issue successfully.

While there exist a number of protein-rich sources of food—from pulses, legumes, soybeans, nuts and seeds to milk, eggs, poultry, meat, and fish—not all are viable sources for many across the country. This may be either because of cultural, ethical, and health choices, or lack of awareness, affordability, and availability.

Plant proteins can therefore play a large role here, because not only are there many varieties available but they are easy on the pocket too. And while not all plant proteins may be complete sources in themselves, a balanced combination of the two or more plant-based foods can meet the recommended requirement. As a guide, one should ensure to ‘fill a quarter of the plate with protein’ for each meal.

Be it a combination of pulses or soybeans and cereals, or a daily intake of nuts in addition to plant-based milk, butter, and green leafy protein-rich vegetables, an educated decision during meal times will help make healthier eating choices while addressing one’s regular protein requirements. Not only do easily accessible plant proteins improve food security and create economic stability, but they are also known to have a low carbon footprint, thus mitigating the long-term effects of climate change.

Armed with this knowledge, it is important that the government and other organisations take urgent multi-sectoral steps to make plant-based protein-rich food more easily affordable and accessible for the general populace including a strict policy to provide pulses, cereals, nuts, and seeds at more subsidised rates by the Public Distribution System (PDS), as this will provide the much-needed nutritional security.

At a time when there is heightened awareness about overall health and wellness, with an increasing section of India’s population looking to explore a ‘flexitarian’ diet centered around plant-based foods with the occasional inclusion of meats due to health or cultural reasons, the urgency to drive visibility about the significance of various protein-rich food sources is critical.

While the reliance on cereals and pulses may have kept India’s protein intake afloat, there is still something amiss when it comes to the consumption of good quality, adequate protein. And many may still debate the role plant-based proteins can play in solving India’s protein puzzle, the fact remains—plant proteins have an answer to India’s protein deficiency. Because yes, plant proteins can most definitely fill the protein gap aided by a measured, tactical and integrated strategy with a clear eye on the goal of eliminating the national deficiency.

Because after all, health is wealth, and only will a healthy nation be able to continue on its path to achieve overall socio-economic development.

The writer is a Senior Fellow with Observer Research Foundation's Health Initiative.

6,613
Thank you for your comment, we value your opinion and the time you took to write to us!