Seaweed Magic: What if a pinch could replace dietary supplements?

More than 150 varieties of seaweeds are used as human food worldwide. Can India pour research money and attention to seaweeds for tackling chronic malnutrition?

Ever since the Food Security Bill was passed by the government last month, it has been widely debated whether this also secures nutrition. It doesn't; neither in terms of overall calories nor in specific nutrients. The bill entitles 165 gm grains to each person that would provide 500 calories, just about 20 percent of the daily calories. With such a shortfall, addressing India’s chronic malnutrition where nearly half the children under five and one third of women are malnourished is a challenge of epic proportions.

Add to this the emerging complex scenarios that the Food and Agriculture Organization is stressing: rising problems of over-nutrition and continuing high prevalence of micronutrient deficiencies.

Since the spotlight is already on nutrition, I’d like to plug a thought in public consciousness: How about looking at micronutrient-rich seaweeds as an affordable source of nutrition?

In recent years, seaweeds, which contain a wide array of bioactive compounds that range from anti-oxidants to minerals, have proved to be a bonanza for pharmaceutical and agri-food processing industries. Several studies have showed that having seaweeds as part of the diet is one of the prime reasons for low incidence of breast and prostrate cancer in Japan and China as compared to North America and Europe.

Globally, nearly 15.8 million tons (in dry weight) of seaweeds are grown and the estimated market is $7.4 billion.

India has water on three sides but like a landlocked nation we've been oblivious to seaweeds. In the last decade or so one seaweed -- Kappaphycus alvarezii -- has been commercialized in India. This red alga has been the most important source of carrageenans, a gel-forming material that is now widely used in frozen desserts, cottage cheese, sauces, jellies, etc.

More recently, Central Salt Marine and Chemicals Research Institute (CSMCRI), a CSIR centre in Bhavnagar, Gujarat, has developed a new technology to make liquid seaweed fertilizer from Kappaphycus sap. It is protected by patents in the developed as well as Indian markets and initial commercialization led to 2 million litres being sold in 2012-13. A multi-crop project coordinated by CSMCRI in collaboration with 43 agricultural institutions across 20 states is underway and shows encouraging results.

As Arup Ghosh shows the crops in the green house at Bhavnagar, it is evident that those sprayed with the liquid fertilizer are far healthier than the control group (i.e. plants given the recommended dose of fertilizers.) Ghosh carries a big bulky folder and is visibly excited about its contents. Justifiably so; it contains field data from 100 trials which shows that the liquid fertilizer -- used as a spray -- increases yields on average by at least 20 percent, and in a variety of crops including rice, maize, potato, and blackgram.

But there’s another aspect of seaweeds which senior scientist CRK Reddy is obsessed with: using edible seaweeds as a nutritional supplement in Indian diet. He is convinced that Enteromorpha - leafy, paper-like seaweed that grows along the coast of Gujarat - can be used as a garnishing agent that can provide a host of micronutrients. By consuming as little as 1 gm/day/person, this seaweed can provide iodine, iron, magnesium, selenium and many other micronutrients which regular foods in the Indian diet do not provide.

Researchers at CSMCRI have profiled more than 100 seaweeds, out of 250 that grow along the Gujarat coast. Reddy and his team zeroed in on Enteromorpha. “We have showed that after solar-drying and pulverizing it can be used as a garnishing agent. We tested it on wafers and it tastes pretty good,” says Reddy. People shouldn't confuse it with any ‘fishy flavour’, he adds. Reddy thinks this seaweed can be easily used as a constituent in Pizza seasoning, in spice sachets in noodle packets or as a flavouring agent in other instant snacks that children and adults like. 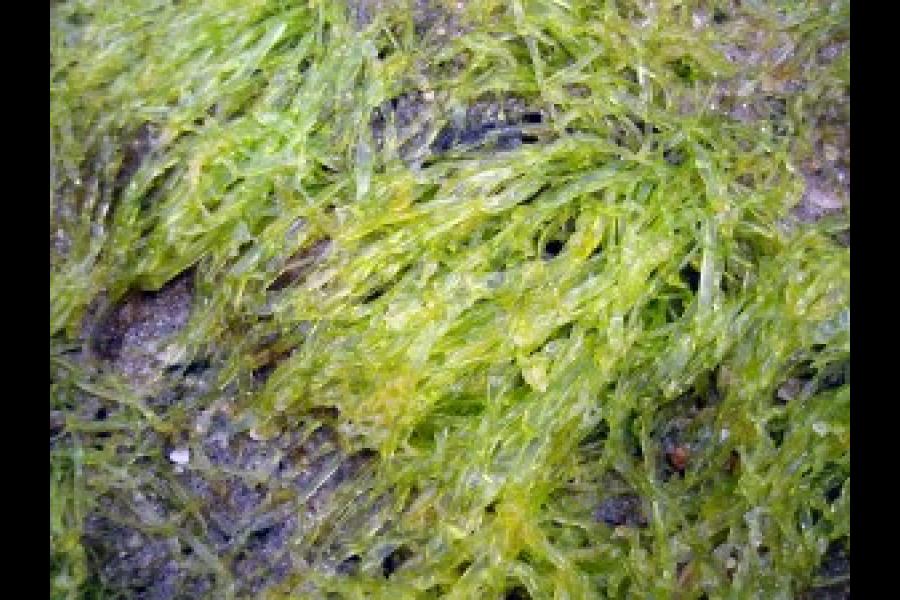 While Reddy has been slaving in the labs, it’s the commercial scale production issues that pose the challenge now. “We don’t know how to cultivate this seaweed on a large scale,” he says. His group has a small grant from the Department of Biotechnology to pursue this but he believes this needs sustained support for five to six years before a cultivation technology is developed and its business viability is demonstrated.

One concern other than scalability of cultivation, says Pushpito Ghosh, director of CSMCRI, is that edible seaweeds need to be grown in clean environment and unpolluted waters but our coastal waters are far from it. These are serious challenges but certainly not insurmountable. After all, of the 250 macroalgal species commercially utilized worldwide, 150 are consumed as human food. Since seaweeds are rich in PUFAs (poly unsaturated fatty acids), which are not synthesized by humans and can be obtained only through dietary sources, a long-term, coordinated effort is needed towards commercializing edible seaweeds in India.

It may well reduce dependability on traditional foods and, who knows, add a new flavour to the assortment of Indian spices that we already enjoy. “It is a beautiful vehicle to take nutrition to children who’ll get it without knowing about it,” says Reddy.

For someone who found his first seaweed meal in Japan in 1989 to be “horrible”, Reddy today enjoys cooking Sushi and his Japanese colleagues bring him seaweeds as gifts. He regrets that even though he tested his concept of garnishing agent on wafers in India before the Japanese, latter succeeded in getting similar products to the market while he is struggling. Still, he says, "I'm determined to do it.”

13,247
Thank you for your comment, we value your opinion and the time you took to write to us!

Tweets by @forbesindia
Prev
The original trail-blazer
Next
One UID, One EHR: Beyond cash transfers, LPG and vote bank politics