In freight, rail can outpace road via corridors

But timely implementation, return cargo will be among the key monitorables 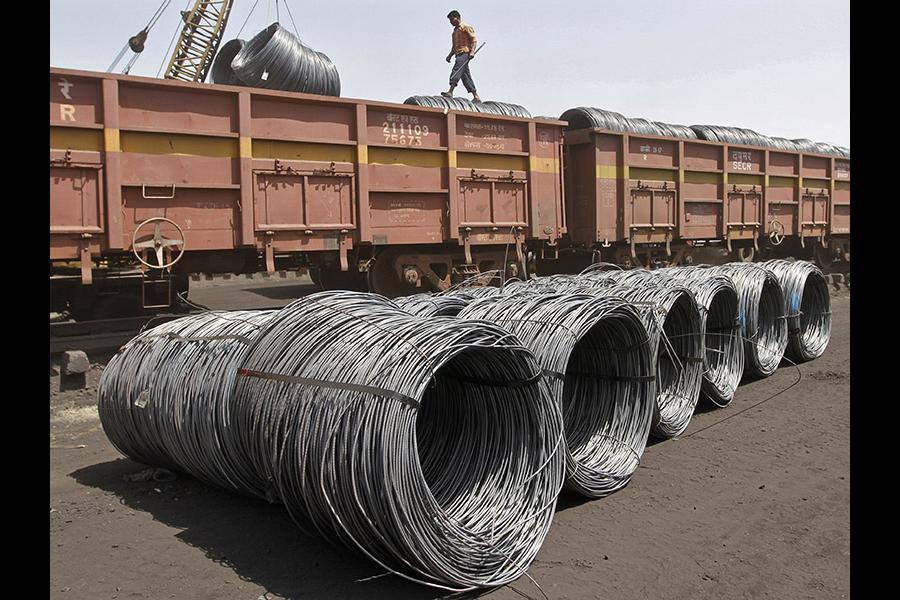 Indian Railways, which has seen its share of ground freight tonnage decline drastically over the years, is expected to start clawing back spoils once the dedicated freight corridors (DFCs) begins commercial operations.

The behemoth runs more than 7,000 freight trains per day, carrying about 3 million tonnes, besides some 12,000 passenger trains connecting about 8,000 stations and carrying over 23 million passengers.

Despite the scale, it has steadily lost freight share to roads due to low investment in capacity expansion, preference given to passenger trains and irrational hikes in freight tariffs to cross-subsidise passenger fares.

All this is expected to boost rail freight share to 30% by fiscal 2021 – or about 400 basis points higher compared with fiscal 2016 – subject to timely commencement of the corridors. To be sure, the rail and road networks flanking these two corridors are highly saturated. Plus, the projects include conversion of existing railway lines to broad gauge, besides building and modernisation of stations.

Completion of the stretches coming up in public private partnership (PPP) will remain a monitorable, though. As of December 2016, nearly 35% of the total estimated project cost of Rs 81,500 crore had already been incurred. Trial run of freight trains on the Durgawati-Sasaram section (of the EDFC) in Bihar was conducted in March 2016. Post commencement, the corridors’ success will be dependant, to a large extent, on their ability to attract return cargo.

Bulk commodities will be benefited more
Bulk freight such as cement will benefit the most since 60-65% of the installed capacity is along the catchment areas. Steel producers will benefit from the eastern corridor, with production concentrated near iron ore mines in the east and Karnataka, and pig and sponge iron plants in the east. Non-bulk freight, led by container traffic, will benefit as the viable distance for transporting containers more than halves from the current 1,000-1,300 km to 400-500 km.

Heat would be on fleet operators
If the corridors turn out to be a runaway success, roads could lose as much as 90-110 billion tonne km (BTKM) of ground freight over five years.

That could impact certain industries, specifically the medium and heavy commercial vehicles (MHCVs; excluding tippers). On average, an MHCV carries around 1.4 million tonne km during its lifetime. Adjusting for systemic utilisation, this translates into a loss on sales of nearly 130,000-150,000 trucks cumulatively in the five years through fiscal 2021. Among MHCV segments, tractor trailers appear to be the most vulnerable following completion of the eastern and western corridors, which account for around 20% of pan-India primary freight (in BTKM).

Great prospects for infra players, too
Apart from the corridors currently under development, four others have been planned as well, and are expected to be executed over the next 8-10 years. Preliminary Engineering and Traffic Study (PETS) has already been completed for three of these -- East-West (2,328 km, Kolkata-Mumbai), North-South (2,327 km, Delhi-Chennai) and East Coast (1,115 km, Kharagpur-Vijaywada) corridors – together estimated to cost over Rs 2.71 lakh crore. The fourth one is the South-West (Chennai-Goa) corridor, expected to run through Bengaluru-Chennai industrial corridor.

This augurs well for Indian Railways, but CRISIL Research believes the corridors also present a sizeable opportunity for infrastructure players. Even in the two corridors on which work is underway, while the majority of civil and system contracts have been awarded and some contracts for setting up locomotive factories (for supply to the corridors) have been given, opportunities for engineering, procurement and construction players and rolling-stock manufacturers remain. As of March 2016, contracts worth Rs 40,000 crore have been awarded, comprising 53-57% of the total contracts to be awarded.

7,334
Thank you for your comment, we value your opinion and the time you took to write to us!

Tweets by @forbes_india
Next
For railways, bankability is the station to reach