The IL&FS crisis and other factors, such as the downgrade of Dewan Housing Finance Limited, have increased the uncertainty in real-estate financing 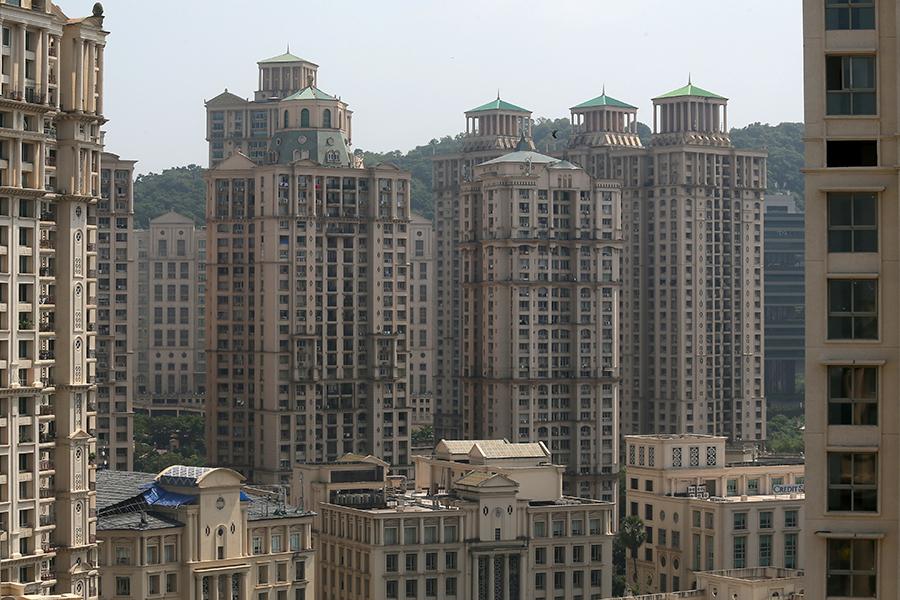 The ongoing NBFC crisis is temporary, yet a significant development. It has not only infused a certain level of discipline among lenders but also made the industry responsible and accountable, one that focuses on long-term sustainable growth.

It is now a common concern among the industry that liquidity crunch may hinder growth across segments of real estate. This is especially true for the residential (read housing) segment. And the default by leading NBFCs like Infrastructure Leasing & Financial Services (ILF&S) and the recent downgrade of Dewan Housing Finance Limited (DHFL) as a result of its missed repayments to its bondholders, have increased the uncertainty in real estate financing.

On the back of continuous shrinkage of bank finance to developers, NBFC and HFC had become a preferred choice for developers. In fact, NBFCs and housing finance companies’ (HFCs) share of outstanding credit to developers rose from 36 percent in FY12 to 58 percent in FY18, highlighting their growing importance compared to scheduled commercial banks.

Even in FY19, during the first six months, the fund flows from NBFC was consistent and robust. NBFC funding got a priority because of the flexibility in the structuring of payments. Also, the cost of funds is relatively lower than that doled out by institutional investors like private equity funds.

However, with the IL&FS crisis hitting markets towards the end of September, the NBFC fund flow came to a screeching halt. During the October to December period, it hit rock bottom. This resulted in a subsequent drop in lending.

The silver lining to the crisisFrom January 2019, the industry witnessed some traction in NBFC funding. However, NBFCs have adopted a cautious approach while lending to developers. The lending is now based on stringent credit norms and the focus has been on the entity's financial strength, not just that of a specific project. This means that developers with a good track record of deliverability and stable financials are likely to have better acceptability among NBFCs, resulting in greater visibility of funds.

What lies ahead?The IL&FS crisis created a disruption in the market. However, there was a hope of some recovery at the beginning of this year. Markets that were reeling under the pressure as a result of the IL&FS crisis and began to infuse some financial discipline have again been hit with the news on DHFL. This will have its own repercussions on real estate.

One of the repercussions–-the closing of refinance option–-has left the developers with no choice but to liquidate their assets to de-leverage in form of hiving off from their projects or entering into JV with other stronger players.

In the next 2-3 quarters too, the industry will continue to face the problems of funding. Our market observation says that the cost of lending by banks to NBFCs has been increased slightly, which, in turn, has resulted in an increased cost of funds to developers. This is coupled with subdued volume of lending. But the NBFC crisis is not a systemic failure. We expect a return to normalcy in the period after these quarters.

While it is an ongoing challenge, we see recovery in the medium term. The new credit discipline will benefit the real estate sector.

With the return of the NDA government for a second term, the buyer’s sentiment is likely to improve further. We have already observed the trend in housing sales. Housing sales in top seven cities grew by 28 percent during the January-March quarter of 2019, as compared to the corresponding quarter in 2018. Increased sales will continue to give strength to builders of housing and commercial space. With improved sales in the first quarter of 2019, we expect this year to be a good one for the housing market.

Measures such as the implementation of a single-window clearance mechanism for faster project-level approvals, uniform regulatory framework and freeing up of excess government land will help the sector and make it investment-worthy. One can expect a rise in the investors’ confidence in the near future. This would transform the sector towards faster deliveries and project completion, thereby, leading to greater confidence among NBFCs and banks towards lending to the sector. All in all, the dust of the current storm will settle.

The author is CEO & Country Head of JLL India, a real-estate consultancy

7,271
Thank you for your comment, we value your opinion and the time you took to write to us!

Tweets by @forbesindia
Prev
Real estate: Learning from the past 10 years
Next
Opinion: Swachh Bharat success goes beyond just toilets and India