Rebuilding life in Kerala after the floods 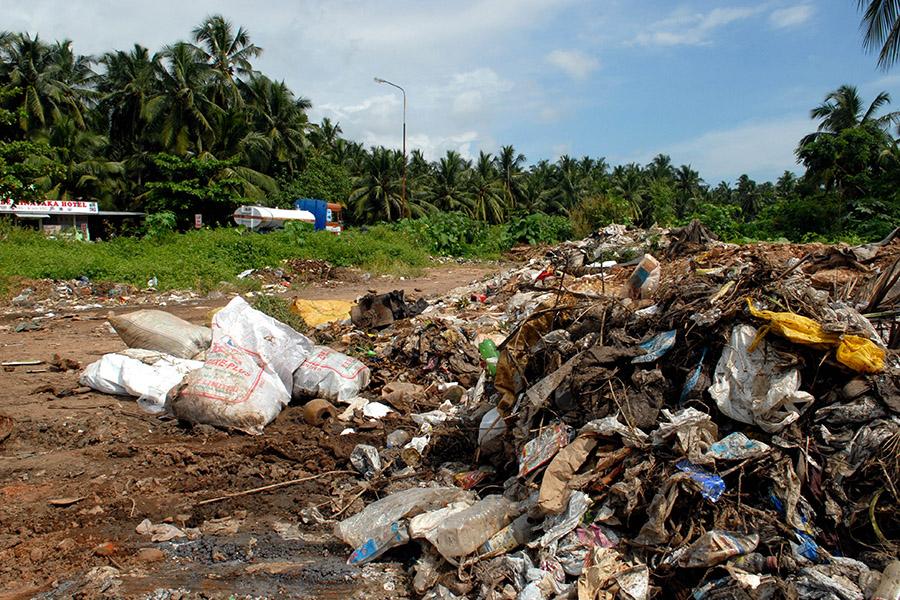 Even as the flood waters have begun to recede, people in the southern Indian state of Kerala are yet to come to terms with the extent of damage caused to lives and properties. The state faced its worst disaster since 1924, and it is now important to rebuild infrastructure and rehabilitate the displaced population. It will be a long road ahead for the authorities to restore normalcy.

In its simplest form, disaster management can be classified into three phases – before, during and after the event. During the floods, the government of Kerala took all the possible measures to save lives and provide emergency assistance. Now, the focus will shift to recovery and rehabilitation. But, before the state can start re-building infrastructure and communities, it will need to tackle one of the biggest problems that arises after a disaster of this magnitude – the amount of flood waste produced. We are already witnessing this and it is imperative that Kerala deals with its waste situation immediately.

Flood waste may be contaminated by hazardous materials, sewage, carcasses and medical waste. Since the waste and debris would be wet, there is an increased chance of rot and decay within a shorter duration. Therefore, flood waste disposal should be undertaken as quickly as possible in a scientific manner, to avoid risks to public health and further damage to the environment. As people start returning to their homes, they will start cleaning their houses and disposing the unwanted waste. Not handling the waste in a proper manner might expose them to contamination risks. Though people might be able to segregate waste at a household level, it might not be possible for all of them to store it for collection later. Indiscriminate dumping in the open, scattered sites will further pollute the surroundings. After the floods, local authorities may not be in a position to restore their waste collection services immediately. Their waste management facilities might also have been damaged in the flood.

The handling of flood waste is also difficult to manage because of the mud mixed with the debris and the sheer volume of waste, which would be much higher as compared to the daily waste collected in a normal scenario. After the floods in Mumbai in 2005, estimates suggest that the daily waste collected increased by almost three times the usual amount (normally around 5,000 tonnes per day) immediately after the event. In the first month, around 2.5 lakh tonnes of waste was cleared from the city. Chennai collected almost 1.3 lakh tonnes of waste after the floods in 2015, with a volume of approximately 11,000 tonnes per day, which is double the usual amount. Though recent estimates are not available, Kerala was generating more than 8,000 tonnes of waste per day before the floods. Looking at the severity of the damage, we can anticipate a much higher volume of waste to be disposed in the state at this moment.

The National Disaster Management Authority has prepared separate guidelines for flooding and urban flooding, but these directives focus more on the planning, preparedness and capacity building aspects of disaster management. Guidelines have also been prescribed for the management of the dead after such a disaster. However, specific instructions for handling waste immediately after a disaster still needs to be developed.

The government of Kerala started its flood relief activities including cleaning of debris as early as July 26. Suchitwa Mission, a technical arm of the Department of Local Self Government, is the nodal agency for assisting cities, municipalities and panchayats in sanitation and waste management. It has been issuing guidelines since August 10, 2018, to assist local authorities on sanitation activities to be undertaken, urgent measures needed to restore normalcy in the affected areas, and treatment of animal carcasses, among other things. It has detailed various critical aspects such as the roles and responsibilities of the institutions involved in relief and cleaning, deployment of  increased number of volunteers to ensure quick action and the manner in which people should segregate and store flood waste at the household level for collection by local authorities later. Nevertheless, it remains a challenging task for the local authorities of Kerala to clear the debris and ensure appropriate disposal of waste quickly.

Looking at global standards, the Disaster Waste Management Guidelines of the United Nations (UN) prescribes “immediate actions” which are to be undertaken within 72 hours of the disaster. These actions address the most acute waste issues required to save lives, alleviate suffering and facilitate rescue operations. The steps proposed include identifying, characterising, mapping, assessing waste and then prioritising actions such as creation of temporary disposal sites for different types of waste. After 72 hours, “short-term actions” have been proposed, which include collection of household waste from people in the disaster area, assessing the capacity of the local authority to handle the situation and the need for any external assistance, and integrating waste management at relief camps with the general waste management services.

It is necessary to educate people on the need to dispose the debris in a structured manner. Awareness and public participation are key steps to ensure quick recovery without any disruption. Local authorities in Kerala would need to start communication campaigns focusing on the types of waste that need to be segregated while cleaning, to ensure that organic waste is stored securely; inform people of the location of temporary collection points and temporary disposal sites for the segregated waste. This would help them find appropriate solutions for each type of waste such as disposal, incineration, reuse, or recycling. The state will need to speed up the process by simultaneously using multiple ways of treating organic waste. The operational incinerators in the state can be used for carcasses and burial should be carried out wherever possible.

The local authorities could reach out to operational factories in their vicinity that have kilns working in temperatures between 500 and 700 degrees for burning organic waste. Similarly cement plants and waste-to-energy plants near Kerala might be willing to accept combustible wet waste. As a temporary measure, support from companies providing organic waste converters (OWC) could be explored. OWCs are rapid composting machines which convert organic waste into an odour-free mixture in 15 minutes and into compost in 10 days.

Local authorities should also distribute waste containers to households and volunteers should support the cleaning activities. Temporary containers should be provided at collection points to prevent animal access and waste blowing around. Additional number of trucks would need to be deployed for faster waste collection to prevent overflow at collection points. For quick clearance of flood-damaged vehicles, additional cranes might need to be deployed to clear roads for rescue vehicles. After hurricane Sandy hit New York City in 2012, 15,000 water-damaged vehicles were taken off the streets and stored at a rarely used airport in a suburb, until the owners could properly deal with them. Temporary disposal sites should be identified in locations which do not hamper the movement of rescue vehicles.

Closed industrial estates or parks away from residential areas could be used as temporary disposal sites. These sites should have adequate space for manoeuvring waste trucks as well as vehicles of people who bring waste on their own. There should be clearly demarcated spaces with signage for organic waste, building waste, furniture waste, appliances, metals, vehicles, and so on. Equipment such as cranes, crushers, dumpers, excavators and mobile-compactors would be required in such a site. It would be easier for the authorities to handle each type of waste from the piles at the site. For example, building material debris could be recycled to make valuable reconstruction material for the state. The state has recently directed Clean Kerala Company Ltd. to shred plastic waste segregated from the debris and use it for road tarring. The neighbouring states could also help in such activities.

Support has been pouring into the state and it is imperative to ensure that this support continues. It would influence the short and long term actions that can be taken by the local authorities -- directly influencing the pace of recovery and rehabilitation in the state, without compromising on public health or environment.

27,791
Thank you for your comment, we value your opinion and the time you took to write to us!

Tweets by @forbes_india
Prev
Smart transportation: A key building block for a smart city
Next
The case to overhaul India's infrastructure sector