Mergers and Acquisitions: Outlook in India for 2018 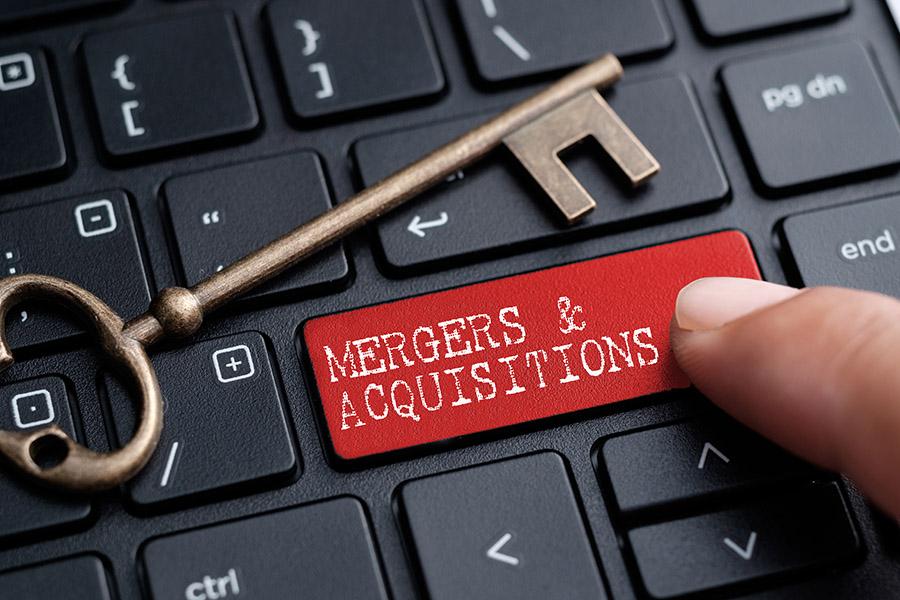 The dawn of 2017 continued with the regulatory reform agenda of the government namely, Goods and Services Tax (GST), Real Estate Regulatory Authority (RERA), coupled with the judicial interpretations on several aspects of the not too very old Insolvency and Bankruptcy Code (IBC) which has redefined the insolvency and liquidation landscape in India.

The year 2017 was filled with good amount of talks of corporate restructuring and mergers and acquisitions – due to the relative easing of the regulatory ecosystem and principally due to the evolution of the IBC, which at one hand provides revival/ liquidation of the companies in doldrums and at other hand provides the financial sound companies to grow/ expand by acquiring the competition/ targets at attractive valuations. The deals discussed widely were in the telecom sector Vodafone-Idea merger, Bharti Airtel acquiring Telenor India, and Bharti Airtel merger with Tata Teleservices.

Having said so, the fizz of various deal talks died down soon as, in the end, only a handful of those deals saw the day light – the very complex ones, involving multiple regulators – HDFC and the Max Life Insurance merger; the much-talked-about Flipkart and Snapdeal merger; Reliance Communications-Aircel merger; and Zomato-Swiggy were a few cases which did not go beyond discussions.

Legal challenges impacting M&A in India The realm of M&A in India is interspersed with a rigmarole of legislative requirements which includes approvals from the relevant regulators, procedural bottlenecks and seemingly never-ending compliances. Legal challenges though are sector specific, one thing which is sector agnostic is the quantum of time consumed to seek regulatory approvals, which can never be estimated correctly and laced with its unique practical impediments. Although, due diligence is a key tool for any M&A transaction to identify or rather unearth the deal affecting issues, the exact liability and risk element cannot be evaluated, which can be understood from the various corporate fiascos which have come to the fore. For instance, there is no single platform/ repository where the details of litigation proceedings can be accessed – recent case in point being that of Ranbaxy, where Daiichi Sankyo had no previous knowledge regarding the US dispute and got to know only post acquisition.

M&A opportunities through the IBC process
The undisputed regulatory change was the continued evolution of the IBC, where a number of cases were referred under the IBC and quite a few were decided (either revived or liquidated). The IBC is a good way to clean up the system and to instill some discipline. Pursuant to the recent Reserve Bank of India (RBI) notification, all debt restructuring mechanisms - Strategic Debt Restructuring (SDR), Sustainable Structuring of Stressed Assets (S4A), and Corporate Debt Restructuring (CDR) shall be subsumed under a revised framework. This notification provides certain timelines and a revised framework which the lenders have to abide – a good step to simplify the system and infuse some clarity.

The ‘epidemic’, if one could call it so, of non-performing assets (NPAs) having spread its tentacles over varied sectors, one can expect the IBC to be key driving force in fostering the M&A activities. The cardinal reason being that the entities under IBC provides a conducive environment for the financially healthy entities to look for inorganic growth opportunities – good proposition for the healthy companies to load their shopping bags with some ‘good stuff’ during this ‘insolvency sale’ phase, if one tries to look at it on a lighter note, – akin to those extended grocery sale days as seen on national holidays or end of season sale days.

The list of entities referred by RBI under IBC includes good number of steel sector entities and thus one can expect some activity here. The pharma sector is not the one to be left behind and so deals could sprout here as well. Real Estate sector was the one which was talked about a lot considering various grievances of home buyers (which in turn affected some celebrity endorsements) not getting their possession of their houses and the issue of their protection was raised both under RERA as well as IBC with the IBC being modified to some extent to enable the home buyers to file their claims – although the uncertainty vis-a- vis the hierarchy of their dispute resolution continues to be there. Thus, some M&A activity could be witnessed in the real estate sector as well.

With good number of bidders coming up to buy the distressed assets, IBC was modified with a view to filter down the genuine bidders from those promoters/ related party entities trying to get a back door entry to the distressed company under IBC. Despite the regulatory amendment, the controversy continues and one can expect some substantial development here as this ‘ineligibility’ requirement have shaken up some of the largest corporate houses in India, one of them having presence in the Steel and Power sectors and being one of the widely discussed recent cases in the realm of IBC.

As reported, the Tata Group is vying for Paper Boat (Hector Beverages) and Walmart looking to invest in Flipkart. Thus, retail sector could also see some ‘WHOLE-SALE’ activities.

45,978
Thank you for your comment, we value your opinion and the time you took to write to us!