Must-watch Bollywood films of the year gone by

Year-end lists often tend to get repetitive. But we just HAD to do this one. For a country obsessed with Bollywood, ek aur hi sahi. Here are a few disclaimers.

First, this list is not reflective of a film’s commercial success. So, you may find many 100-crore films missing here. Second, most lists reek of some bias or the other. In this case, it is the bias towards good cinema, which is often found in the unconventional, unsung and unexpected. And third, this list is in order of a film’s date of release because it was nearly impossible to rank favourites. 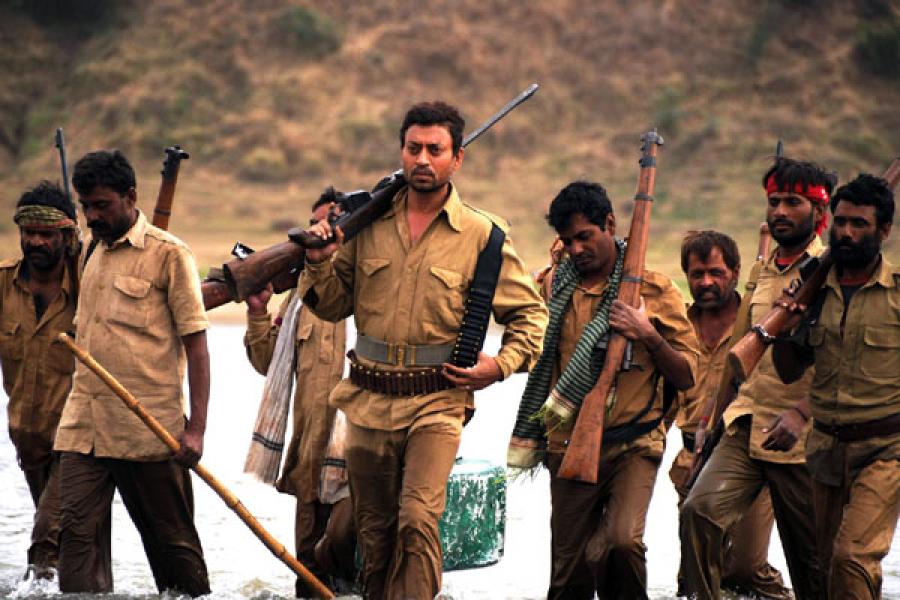 Paan Singh Tomar: It is said that the film’s release was held back for two years as there were no buyers. When UTV eventually released it in February, the audience was floored by this biopic of a National level athlete-turned-Chambal Valley dacoit. The flawless Irrfan Khan (most definitely the king of all Khans with this performance) made the film immortal with his dignified portrayal of the man; the pathos in his eyes and the sorrowful tremble of his voice (when he tells a local reporter that despite being a seven-time National Games winner, nobody cared for him and only a few instances of kidnapping and murder had the entire nation baying for his blood) underscores a sad reality about the ill-treatment of sporting heroes in India. It was almost as if Irrfan was born to play Paan Singh, getting under the skin of the character and making it incredibly real and touching. Tigmanshu Dhulia’s brilliant direction and the authenticity of terrain, language and characters ensured that PST went down as one of the finest films of the year. (Farhan Akhtar has a lot of catching up to do with Bhaag Milkha Bhaag next year.) Kahaani: The journey of a pregnant woman in search of her missing husband in a city defined by chaotic vibrancy during the festival of Durga Puja, turned out to be a taut thriller and one of the most gripping films of the year. A tight script with unforgettable characters, most notably Bob ‘Nomoshkar’ Biswas, brilliant cinematography (mostly hand-held camera to depict the tension of the plot and best bring out the cramped bylanes of a city) that personified Kolkata and nearly elevated it to the rank of a protagonist. First-rate performances from all actors, especially Vidya Balan, Parambrata Chatterjee and Nawazuddin Siddique, and Amitabh Bachchan’s haunting rendition of Tagore’s Ekla Chalo made Kahaani an engaging watch. But for the contriving climax, it would have been a perfect film. Vicky Donor: A film that inevitably brings a smile on everyone's face. Vicky Donor was without exotic locations, big stars, over-the-top item numbers or melodrama. The sharp and witty depiction of a story revolving around sperm donation took audiences by surprise with its sheer effortlessness and sensitivity; it was not for once preachy or stereotypical. Dialogues and scenes layered with humour, outstanding performances in character roles by Annu Kapoor and Dolly Ahluwalia, fine chemistry between the lead actors, a memorable Bengali-Punjabi clash of cultures, and a superb debut by Ayushmann Khurrana made this film highly watchable. Not once, but twice. Or even more. And that delicious love ballad Pani Da Rang still lingers on... Shanghai: Adapted from Vassilis Vassilikos' novel Z, Shanghai rode high on audience expectations that stemmed from Dibakar Banerjee’s track record and the cult status his earlier films have achieved; and he didn’t disappoint. The film held a mirror to the nation. A small town in India struggling to become big and glossy (like Shanghai) but has many hindrances in the form of political clashes, bureaucratic hurdles, growing corruption, adultery, petty crimes and much more. A fine ensemble cast, the director’s eye for the minutest detail, a pacy narrative, and Emraan Hashmi’s surprising-yet-brilliant departure from his usual roles made Shanghai a thorough entertainer. Everything but Kalki’s nagging voice was good! Gangs of Wasseypur: Once in a while, there comes a film that makes you gape and gawk at its brilliance; your admiration lies in your silence, in your inability to find suitable words to describe it. GOW was one such saga of blood, gore, revenge and pure cinematic genius that will go down the annals of Indian filmdom as a masterpiece and a whacky one at that. Anurag Kashyap’s two-part tale of Dhanbad’s coal mafia stunned audiences with its detailing, authenticity in set-up, the flavour of language (including most definitely the profanities), the rustic musical score, extraordinary performances from Manoj Bajpai, Nawazuddin Siddique and Tigmanshu Dhulia, and the coming alive of Wasseypur on the large screen. The film is lengthy and almost like a discourse in rural revenge and the coal tales of Bihar.

Barfi!: This was perhaps the most lyrical and delicate films of the year, and also the most endearing one. But a long list of unattributed “inspirations” from world cinema brought down its value a tad bit. Nonetheless, Barfi! remains beautiful and magical, speaking in every frame despite the silence of its protagonist, and excelling in all departments from acting and direction to music and cinematography. Ranbir Kapoor, who seems to be setting new benchmarks with every performance, plays a deaf-and-mute boy without making it caricaturish. One moment, he inspires you to lead a happy and carefree life despite all limitations, disabilities, heartbreaks and humiliations; the very next moment, he makes your heart ache as he narrates (with signs and facial expressions) his tale of a tattered coat, a broken bicycle, unrequited love and utter helplessness. Darjeeling's picturesque hills and Pritam’s mellifluous music serve as perfect accompaniments. And Phir Le Aaya Dil is arguably the best song of the year! Oh My God: In a country obsessing over religion, OMG takes a long, hard and satirical look at God. The ever-consistent Paresh Rawal, in the role of protagonist Kanji who runs a shop selling idols, sues God because he can’t claim insurance for the damages caused to his shop by an earthquake. The supernatural calamity was a ‘godly’ deed and hence above human cure. The interesting premise of the film and the good performance of Rawal are undone by Akshay Kumar’s (who plays God) hideous outfits, and the unnecessary intrusion of item numbers and typical Bollywood theatrics. If you ignore these, OMG is a fresh (though adapted from a hugely successful Gujarati play) and pretty interesting take on God. English Vinglish: Why is English so unavoidable? Why is it so overbearing that we judge people on their mastery (or lack of it) over the language? Why do we nourish a colonial hangover? Are you a lesser mortal if your English isn’t fluent? Do you deserve disrespect and condemnation at every step if you're not English enough in your ways? These are some thoughts that this film left us with. English Vinglish is hard to bracket under a genre. At best, it’s the purest family film to come out of Bollywood in a long time. By family, I don’t mean one that is devoid of sex or swear words; but one which has that little bit of learning for each family member and one that teaches you to value the homemaker no matter how flawed (in your eyes) she is. Sridevi’s Shashi was many an Indian mother and her uncompromising family was many a selfish us. It was time to introspect and English Vinglish sparked off that process rather impressively. Special mention for French actor Mehdi Nebbou’s charming portrayal of Laurent – that one male friend every woman wishes to have in her life! Chittagong: Chittagong ran the risk of becoming another inconsequential film like Khelein Hum Jee Jaan Se (which chronicled the same episode of Indian history) but turned out to be a delight. Debutant director Bedabrata Pain’s account of one of the earliest chapters of the freedom struggle – the Chittagong uprising of the 1930s which was led by a school master Surya Sen – was exquisitely shot, well-narrated and superbly acted. It was a fine example of storytelling through the eyes of a 'teeming-with-infectious-energy' teenager who deserts his plans of foreign education and joins the revolutionary movement. The film beautifully brings out the vulnerability of the characters and the restlessness of the times; Manoj Bajpai and Nawazzudin Siddique pick up from where they left in GOW and deliver yet another memorable performance. Talaash: It is safe to suggest that the first half of Talaash is so good that even a strong, satisfying climax (which the film didn’t have) may not have been able to redeem the second half which seems a drag in comparison. But Talaash is so fascinating pre-interval that it features in my list by virtue of that (and the rather absurd climax is forgiven). Not to forget fantastic performances from all three lead actors – Aamir Khan (that consistent frown and piercing gaze), Rani Mukherji (in a deglamourised role, and brilliantly enacted, after the dreadful Aiyyaa) and Kareena Kapoor (probably in her best performance since Jab We Met), the noirish frames of night-time Mumbai, Ram Sampath’s stunning background score and some awesome cinematography. There’s a strain of melancholy and fine cinematic language running through Talaash which makes it absolutely delectable!

Which were your top films of the year? Let us know!

19,545
Thank you for your comment, we value your opinion and the time you took to write to us!