Kadal in The Time of #Vishwaroopam

Film fans in Tamil Nadu could finally see Kamal Haasan's Vishwaroopam this week. On Thursday, the day of its release in the state, crowds started gathering outside cinema halls from 5.30 a.m., and house-full shows followed ever since. The reviews in mainstream media were good, as were the comments in social media. The drama around the movie seems to have helped Kamal Haasan. He might not have to lose his house after all. 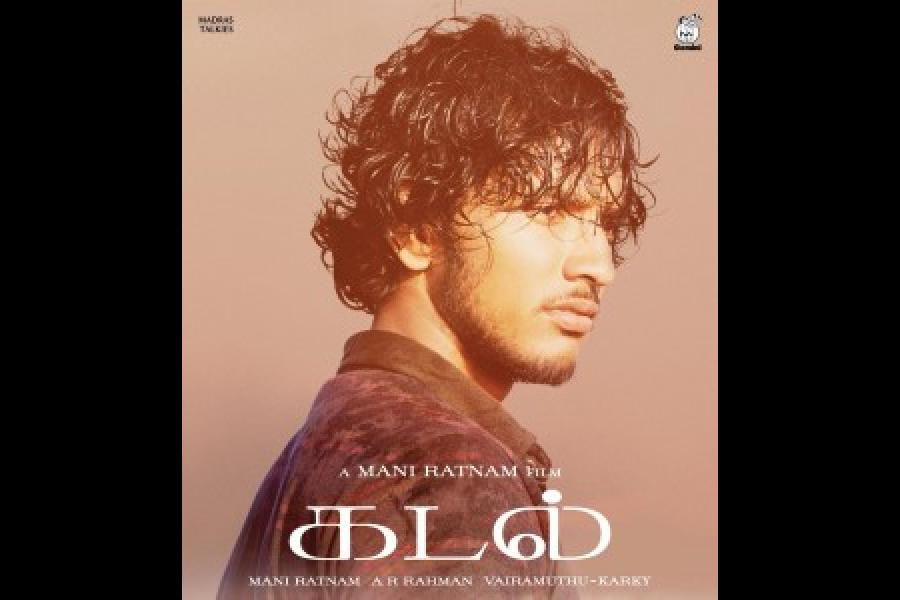 Amidst all this drama one movie got completely lost: Mani Ratnam’s Kadal. Critics have panned it, and fans are ignoring it. Sometime last week, a Christian organization registered its protest against the movie saying it offended religious sentiments. The government, which was so quick to ban Vishwaroopam did nothing about it, and the mainstream media mostly ignored it. Long before there were even hints of protest, a smart-ass reviewer from an increasingly popular Kollywood website called Tamil Talkies made a comment to this effect: “There are a few scenes that might offend you. But, don’t protest against it and make it run for a week. Just ignore it, it will be out of the theatres within three days”. (As Manu Joseph says in Illicit Happiness of Other People, cynics have a better grasp of reality.)

That’s a shame. For Kadal is one of the best movies to hit the screens in Tamil Nadu. Long after Vishwaroopam is forgotten (except for the controversies around it) Kadal will be remembered, discussed, and recognised as one of the milestones in Tamil cinema. For three reasons.

One, it pushes the boundaries of mainstream cinema even while adhering to many of its conventions. Many things define what's mainstream in Tamil cinema: the structure (with its three acts, and a Kokki, or hook, right before the interval), a mix of songs, some melodious, and some energetic, a few fights, archetypes and so on. But nothing defines mainstream as much as a tendency to tweak the film for the average film-goer.

Tamil Nadu is a culturally diverse state. It has a range of: cuisine, like Chettinad (from around Sivaganga, P Chidambaram’s constituency), Kongunad (from Coimbatore) and so on; literature (Naanjil literature from the southern tip is distinct from Karisal literature from around Sivakasi, Vandal from the Thanjavur area is different from Sembulam of Pondicherry area); and more apparently, accent and usage (if Shaw’s Higgins were in Tamil Nadu, he would have had too much work to spare time for Eliza). Film-makers spend a lot of time in pushing a film downwards so that it appeals as much to an auto driver in Chennai as it does to a fisherman near Tuticorin. The accent is neutralised. The usage moves towards written language (in Tamil, there’s a big gap between written and spoken language), nuances are deliberately blunted. In Kadal, Mani Ratnam seems to have ignored these conventions, and tried to be faithful to the setting of his film. This has irritated some critics. One of them suggested he should have used subtitles for the movie. In Tamil. Yet, in realistic portrayal of life in the coast, he is setting a trend that's as significant as the one he started during the early part of his career: emphasising the visual aspect of cinema. In a world where long speeches often passed off as dialogue, his characters used to be accused of speaking too little. Sujatha, a writer who has collaborated with Mani Ratnam, once said that his standing instruction was: "if something can be conveyed visually, leave the dialogue out". That’s the norm now. So it could be with Kadal.

Two, the film gives a lot of space to the audience, like all good art should. In commercial cinema there are no loose ends. Illogical sequences are rarely intentional; they are mistakes. The films are marked by over-communication: a point is often made visually, and through symbols, and through dialogue. (Someone who needs to be shown as a strong man will display his bulging muscles, break a few bones and some furniture, and in addition, have someone acknowledge that he is a strong man indeed). The audience has very little to do. In fact, if the film doesn't insult their intelligence, it's not mainstream. (Just look at the number of ways and the number of times Kamal Haasan conveys that the Islamist terrorists are, well, Islamic in Vishwaroopam. By forcing Kamal to remove the repeated reference to Qur'an and Allah, the Muslim organisations probably did something good for his art. Film critics in Tamil Nadu don’t talk about it, because they believe that’s how mainstream cinema needs to be, if it has to reach the audience across the state. Kadal questions that assumption. Yet, it’s not a complex movie. You don’t need a degree in humanities to understand the film. But, it gives a lot of space to the audience, both in its economy and in the way it is structured. It re-raises questions that were answered a few scenes ago—and leaves the audience figure things out. It gives almost the same experience that a short story or a novel does. Part of the reason could be that Mani worked with Jeyamohan, a novelist and short story writer, in making the film. Mani asked Jeyamohan to write the story as a novella, and then worked along with him to turn that into a screenplay. (Jeymohan wrote the dialogue.) It’s not the first time that Mani has worked with a novelist. Balakumaran wrote dialogue for Nayakan. Sujatha has worked with him in at least four movies. But neither was as ambitious as Jeyamohan in demanding more from art. Ashokamitran called his magisterial Vishnupuram the biggest effort in 100 years of Tamil literature. Kadal combines Mani’s desire to be in the mainstream with Jeyamohan’s ambition to stretch the limits of what art can do.

Finally, many critics have placed Kadal in the framework of Good versus Evil – Aravind Swamy’s Sam Fernandez versus Arjun’s Berchmans. This certainly provides the central conflict of Kadal as a mainstream movie—and an amazingly well executed fight sequence in a raging storm in the sea. But, another layer, in fact, its real central conflict, is around the question of goodness and the role of religion in shaping one’s morality. That conflict resolves itself with the moral evolution of Sam.

It’s not good versus evil, but goodness dictated by strictures of religion versus goodness dictated by one's humanity. Sam in the initial parts of the movie is good in the first sense of the term, and towards the end, he gets a truer vision of the teaching of Christ. It's about the inner struggle and the moral questions, something that mainstream media doesn't get into. In Schindler’s List, Steven Spielberg uses the presence of a small girl in red frock to mark the evolution of protagonist from a practical businessman to a humanitarian. Mani doesn't use such visual tricks in Kadal. However, three scenes stand out: when Sam, back from prison, confronts Thoma about his new path; when Sam realises that a girl is behind Thoma’s transformation; and finally when he sees that Thoma has surpassed him in the spiritual journey during the climax. The film is case for humanism. AR Rahman said of Mani Ratnam once: “I try to be a man of faith. And here’s a man who’s an atheist by choice. We coexist as opposites. When I have a problem, I think that tomorrow will be better; that’s because of my faith in spirituality. But what does he do? I wonder about this.” Kadal, in some ways, is the answer. Most reviews I have read seem to have missed the point.

Towards the end of January, when I wrote about Vishwaroopam, I thought Kamal’s controversy ridden movie would face tough competition from Kadal. I had only seen the trailer, and I thought Mani Ratnam, after getting flak for Ravanan, would give us a good old love story. Kadal is definitely that, and it’s also much more than that. Still, in the marketplace, it seems to have lost out to Vishwaroopam.

I have wondered why, and I could think of no better reason than this. Perhaps, the reviewers and film-goers invested so much of their emotional and intellectual energy in supporting Kamal Haasan and defending his freedom that they have none left to absorb a much superior offering. It happens all the time. Consider the diminished status of Alexander Solzhenitsyn in Russia after the break up of Soviet Union. In the New Russia, he was mostly ignored.

All societies see a phase where the predominant source of danger to good art moves from censorship to indifference. In Tamil Nadu, the shift happened pretty fast .

14,769
Thank you for your comment, we value your opinion and the time you took to write to us!

Tweets by @forbesindia
Prev
William Dalrymple on the Jaipur Literature Festival
Next
The Quants and the Oscars: who's predicting what for the Academy Awards?