Pangaea: The Rich Man's Club is Now in New Delhi 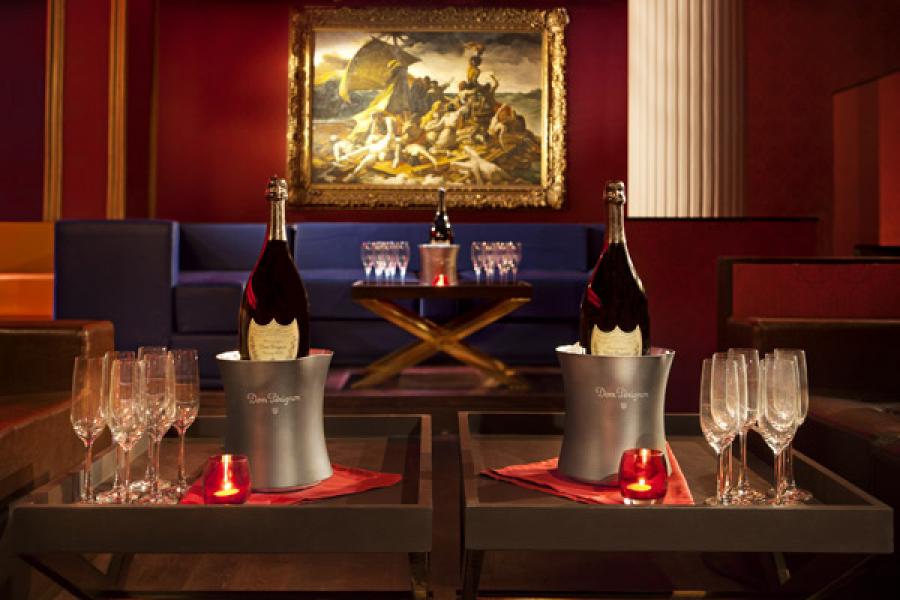 That corner place in office is always the coveted one, reserved for the owner or the senior most executive of the company. Now there is another corner place in Delhi that would be equally desired, and it costs only Rs 4 lakh a night!

That is the best located table at the newly opened Pangaea night club at the Ashok Hotel in Delhi's tony Chanakyapuri area. Made famous all over the world by its founder Michael Ault, Pangaea has replaced another high profile night joint—FTV Bar and Lounge—at the hotel. The club was opened for media review on Wednesday.

So, what do you get for Rs 4 lakh a night? Starting from 'exclusive' stewards who wait only on you (let them know if your drink doesn't arrive within three minutes, because if it doesn't, the lazy steward can be fired!) to personalised guards who ensure that no one but your friends enter the haloed corner. On the menu are single malts, wines and champagne that cost an average of Rs 25,000 per bottle. While there are murmurs that the sofas are covered by crocodile skins, as in some of the other Pangaea clubs around the world, this could not be confirmed.

Other not-so-exclusive tables are available at much cheaper tags of Rs 2.5 lakh and Rs 75,000. The lesser mortals can enter the club by paying Rs 1,500 but they will have to do with standing all night. No, you don't get a seat, just the company is enough! Delhi, which has the biggest luxury market in the country, is the right choice for Ault, who claims to have opened 88 clubs in over 30 countries before this one in India. "I got the idea for India after I realised that many of the regular customers in my Singapore club were Indian billionaires. They have been asking me to bring the brand to India," says Ault, who is an erstwhile investment banker and holds a degree from Oxford. A chance encounter with one of the Indian billionaires—Spice Group's owner BK Modi—led Ault to Delhi. The two men have partnered to bring Pangaea to the Indian capital.

Ault though is concerned about two things that might effect the finances of his new property. "How can nightclubs make money if they are supposed to close by 12.30 am?" asks the bewildered entrepreneur. Clubs all around the world are open till 3 or 4 in the night, he adds.

The second problem is that the Delhi club is yet to get permission for bottle service, an innovation in services that Ault claims to have brought along. So instead of queuing up for a drink at the bar, one can just ask for a bottle.

The club has space for only about 450 people who will be treated to the choicest of events. Coming up later this month is DJ KasKade, voted among the top five DJs in the world. He usually makes music for at least 2,000 revelers at a time, but at Pangaea, it is those with the deepest of pockets who will groove to his tunes.

By the way, the lounge bar doesn't have a dedicated dance floor. Instead, you can dance anywhere—even at the granite podiums that line the table!

43,547
Thank you for your comment, we value your opinion and the time you took to write to us!

Tweets by @forbes_india
Prev
Mind Fodder
Next
Never, ever, give up on yourself!