Stories Worth Telling: Long Tailing it in the Publishing Industry

Why it's important to write and read our stories, and how the independent publishing industry is thriving by telling them.

Books were my friends as I was growing up. I was one of the few kids who welcomed being called “bookish”. William Nicholson wrote in his screenplay for Shadowlands: “We read to know that we are not alone.” I read books for the same reason, to know of stories lived and imagined, of people and places I might never know. We choose our stories, or sometimes we are chosen by them.

This post is about how one such story chose me. It is about the importance of not just this story, but how it came to be written, and why such stories need to keep being written, and read if we as a people are to know who we are. 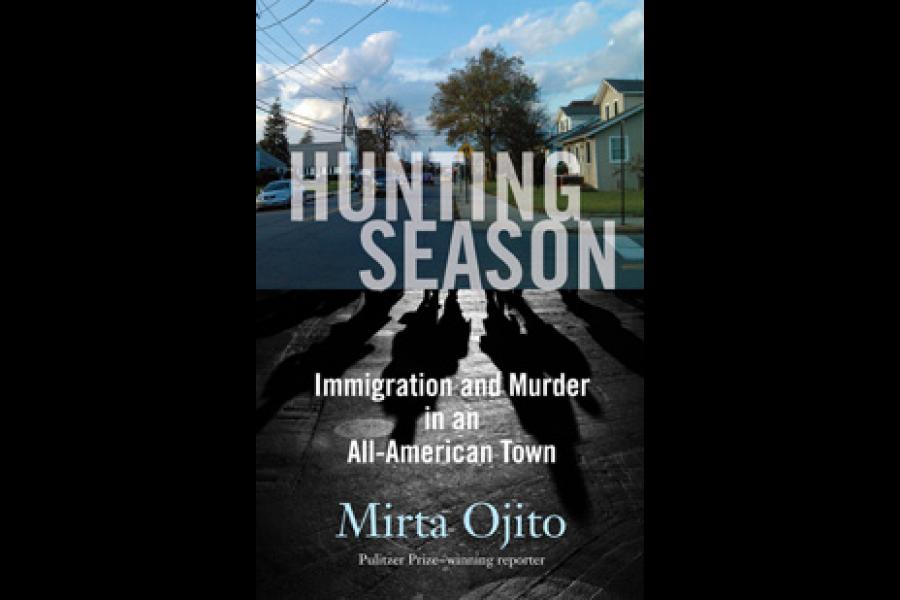 Mirta Ojito’s Hunting Season: Immigration and Murder in an All-American Town is published by Beacon Press, a small Boston-based independent publisher. The book was a heartfelt gift from my partner last Christmas, and an incredible, moving and informative read.

Set in the small town of Patchogue, NY in the American Northeast, the book chronicles the events leading up to and following the violent beating and murder of a young immigrant, Marcelo Lucero, by local youth in November 2008. Through her sensitive and objective narrative, Ojito throws light  on the cauldron of complexities that have come to haunt America's suburban communities, as they become the next frontier for immigrants from across the globe, in search of a better life. The hatred, ignorance and intolerance, as well as the compassion, activism and lessons she describes, are the realities that Americans, most of them descendants of immigrants themselves, are beginning to wake up to. So vivid and honest are the stories of both the victims and the accused, that at times I found my hands trembling in sorrow and sometimes clenched in anger. She brings a global dimension to the story as well, noting how such struggles are affecting the lives of ordinary people in cities in the developed as well as the developing world. (You can buy a copy of the book here.)

This is a story that was worth telling and reading. Every year, millions of people bravely leave their homes in search of a better life for themselves and their loved ones. Some move across the road, some to new towns and cities, and some across borders and oceans, moving further from or closer to those they love. Some die making this journey, and others are born again. This is my story too, as much as it is yours.

There are many stories like Lucero's that deal with immigration, citizenship, love, death, and things critical to our lives, but they rarely make it our daily dose of reading. The New York Times' non-fiction best settlers list include Duty, former US defense secretary Robert Gates's memoirs; and Lone Survivor, that describes a Navy SEALs operation in northern Afghanistan. The fiction biggest seller is a story about a painting smuggled out of the Metropolitan Museum of Art. These are big stories, that may be worth reading, but really, what do they have to do with the lives you and I lead? Lucero's story did, and his murder could have happened in your backyard, or to someone you might have known. The hardship, happiness, tears and laughter in Lucero's life are not unfamiliar to us. If Ojito hadn't had the chance to tell this story, and bear witness, how would we have known it?

The publishing industry is in the midst of turmoil as bookstores shut down and the medium increasingly becomes the message. Large publishing houses, beholden to their bottomlines and shareholders, are cutting staff and focusing on profits. Gone are the days when they'd take a chance on a new writer or a book that wasn't likely to be a bestseller. Now the general focus is on formulaic stories or big-ticket authors who they know will make for a mass-market sell. How would stories that you and I need to read reach us if there is nobody to write them?

This is where the smaller independent publishers like Beacon Press and ECW Press have staked their claim. In contrast to the dire dirges emanating from the big publishing houses, the Independent Book Publisher's Association reported that small and mid-sized independent publishers grew at almost five times the industry average over the last four years, with smaller publishers reporting higher gains.

Jack David, co-publisher at ECW Press, one of Canada's most respected independent publishers, explained his firm's focus to me. "Part of our role is to create books for our communities, both local and national, that the large multinational publishers won't publish because they feel they are unlikely to be profitable."

Gayatri Patnaik, executive editor at Beacon Press, echoes these sentiments. Being a department of the Unitarian Universalist Association, an organisation founded on the principles of dignity, compassion and the search for truth, gives Beacon a strong focus and sense of purpose. "We publish important and progressive titles with a social justice view," she says. "We explore complex issues such as race and ethnicity, education, sexuality, immigration, the environment, history and religion. We aren't afraid to be provocative." This focus is evident in Beacon publishing Ojito's Hunting Season as well the recent Salaam, Love: American Muslim Men on Love, Sex & Intimacy.

Contradictory to conventional business practices, this focus on the smaller scale has also been good for business. "We have no corporate guns to our head," says Patnaik, who has spent almost two decades at various publishing houses. "As a non-profit, we have always been very lean and have run a sustainable business. We have a good sense of our readership and know our audience. Big publishing houses operate on a different model with a very different focus."

"As the multinationals focus more and more on profit, they often overlook strong, mid-list authors who then come our way or return to us," adds Jack David. "We won't be able to compete with huge advances for famous sports or entertainment stars, but we can work with writers on equally important and compelling subjects and succeed that way."

Writers too see advantages working with smaller publishing houses. "We believe that success in the industry depends on helping young writers develop their careers, and on exploiting as many rights as we can. That way, we can produce interesting, provocative books and also stay in business. Because we are smaller, new writers can receive far more responsibility at an earlier stage of their career," says David.

"Sometimes we find writers and sometimes writers find us," says Patnaik. She is proud of Beacon's editorial independence, an important consideration for an author. She shared an email that her author, Ojito, received from Paul Pontieri, Mayor of Patchogue, after he read Hunting Season. "This incident needed to be documented, it was done wonderfully, and for that I am thankful... Please continue to be that thoughtful, compassionate and insightful writer that you are." Pontieri was a key character in the story, not always portrayed positively, and his words are testament to the quality and objectivity of both Beacon and Ojito's writing. Amidst this flux, the independent publishing industry has embraced and is riding the “long tail“.Image: Shutterstock

Amidst this flux, the independent publishing industry has embraced and is riding the "long tail". Coined in the era of e-commerce, it is used to refer to the large number of products that sell in small quantities, as contrasted with the small number of best-selling products.

"As opposed to one or two bestsellers in a year, we are committed to the sales of both our forthcoming and backlist titles," says Patnaik. Overseas sales have been steadily rising for Beacon, as have e-books which now account for 18 percent of sales. With sustainable business models, and a strong focus on quality, readership and genre, small publishers such as ECW Press and Beacon Press have a bright future ahead.

Even though both publishers don't compete in the same market as the big players, their paths occasionally cross. Beacon's The Rebellious Life of Mrs. Rosa Parks by Jeanne Theoharis made the New York Times' extended best sellers list last year. Jack David at ECW Press is taking a leaf out of the big players' book by "exploiting intellectual property in the widest possible way by pursuing opportunities beyond print, in electronic media, audio, film and TV rights."

I'd started to write this piece feeling despondent about the future of publishing, but I'm ending it on a hopeful note, knowing that important and thought-provoking stories such as that of Marcelo Lucero's will continue to be written, and read. In Gayatri Patnaik's eloquent words, "Although formats are changing, people are still reading... as long as that's happening, publishing will survive and thrive."

4,847
Thank you for your comment, we value your opinion and the time you took to write to us!

Tweets by @forbesindia
Prev
The Future: Who Holds It?
Next
Religion, Poverty and the Indices of Happiness