What are philanthropists doing to fight the anti-smoking battle?

Philanthropists helped fuel smoking-cessation victories in the US. India’s philanthropists could help history repeat in this country

Soumitra Pandey is a partner in the Mumbai office of The Bridgespan Group. Susan Wolf Ditkoff is a partner in Bridgespan’s Boston office and is the co-author of Bridgespan’s Audacious Philanthropy article, which appeared in Harvard Business Review in September 2017. Phillip Dearing is a senior associate consultant in Bridgespan’s Boston office and is the author of a case study on tobacco control efforts in the U.S. that was part of the Audacious Philanthropy research. 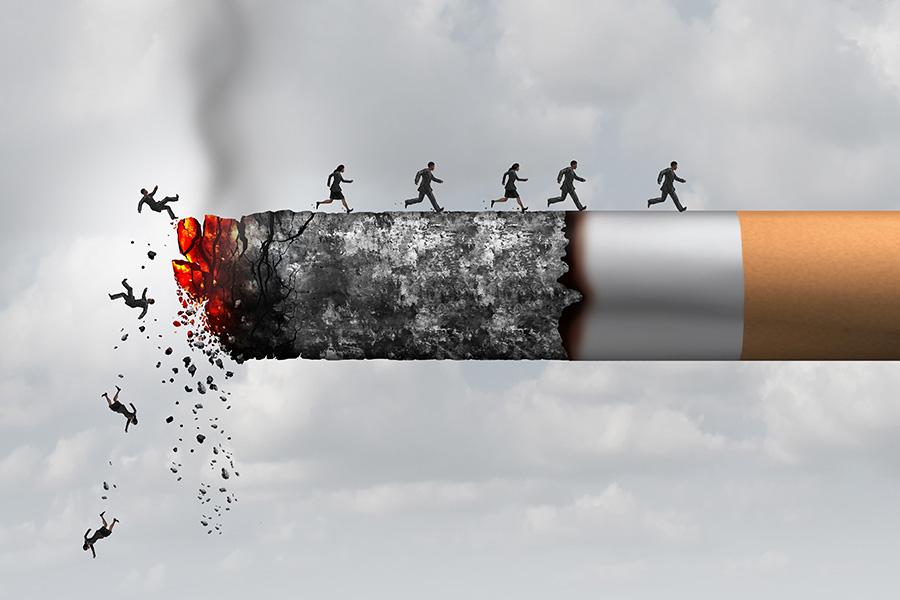 With more than one million smoking-related deaths occurring annually in India, the nation continues to push for new ways to save lives. A Bridgespan Group recently published a case study on philanthropic efforts to reduce smoking rates.

According to the World Health Organisation, from 2016 to 2017, an estimated 267 million Indians above the age of 15, used tobacco—about 28 percent of India’s total population. Some 199 million Indians consumed tobacco in its smokeless form.

Nowhere has the anti-smoking battle been fought harder than in the US, which gave rise to the global tobacco industry. There, big-ticket philanthropy continues to play a pivotal role in reversing smoking rates. For example, since 2007, Bloomberg Philanthropies has committed nearly $1 billion to combat tobacco globally, through programs that combine massive spending for policy changes and for increasing public awareness of smoking’s hazards.

Historically, lung cancer was virtually unheard of in America prior to World War I, which is when tobacco companies began shipping free cigarettes to soldiers and launching aggressive advertising. But as war veterans and others began dying of lung cancer, scientific research produced mounting evidence of smoking’s health risks.

Despite increasing evidence and the efforts of nonprofits such as the American Cancer Society (ACS) and American Heart Association (AHA), by 1964, 42 percent of American adults smoked, with per capita consumption averaging more than four packs per week.

That same year, philanthropic advocacy bore fruit when US Surgeon General Luther Terry, a smoker himself, issued a report that conclusively showed that smoking causes cancer. This bolstered the work of public health advocates. Between 1958 and 1968, the percentage of Americans who believed that smoking caused cancer jumped from 44 percent to 78 percent. In 1965, the US Congress mandated that each pack of cigarettes carry a health warning. Back then, the focus of philanthropy was on persuading smokers to stop.

The fight’s next phase began in the 1970s, as research became available on the effects of second-hand smoking. Congress passed the Public Health Cigarette Smoking Act, which banned cigarette advertising on television and radio. Nonsmoker rights groups, like Americans for Nonsmokers’ Rights, grew quickly, using the new understanding of the health risks of secondhand smoke to push for state and local smoking bans and for increased taxes on tobacco products. By 1992, more than 500 municipalities had passed local ordinances to protect non-smokers.

Philanthropy played a major role in these efforts. From 1994 to 2010, the Robert Wood Johnson Foundation (RWJF) granted the equivalent of $135 million to build state-wide and national coalitions to coordinate anti-tobacco efforts. In 1995, RWJF collaborated with ACS, AHA, the Annie E. Casey Foundation, and the California Wellness Foundation, among others, to fund the creation of what is now the Campaign for Tobacco-Free Kids, which became a hub for the movement.

While lawsuits partly fueled the fight, public outrage grew in the wake of the publication of the “Cigarette Papers.” These leaked internal memos revealed that tobacco companies knew that nicotine was addictive, that cigarettes are likely to cause cancer, and that company CEOs understood this while testifying to the US Congress.

By 1997, all 50 states in the US had filed lawsuits seeking reimbursement for tobacco-related Medicaid costs from tobacco companies. In the Master Settlement Agreement of 1998, which included 46 states, (four of them had already settled) tobacco companies agreed to pay those states $246 billion over 25 years, including funds to create an anti-tobacco charitable organisation called the American Legacy Foundation (ALF).

But even as US adult smoking rates fell, teen smoking rates rose, due to clever advertising and price cuts. Beginning in 2000, the newly formed ALF (later renamed Truth Initiative) spent more than $1 billion to establish the truth campaign, an anti-smoking campaign targeting teens. The ALF also helped support other organisations that focused on teen smoking cessation.

Observers credit the Truth Initiative’s marketing as a major factor in reducing the smoking rate among young adults from, according to the CDC, 36.4% percent in 1997 to 10.8 percent in 2015. Despite these successes, the battle for smoking cessation continues, as evidenced by the Truth Initiative’s ongoing work in the US and Bloomberg Philanthropies and the Bill & Melinda Gates Foundation’s efforts abroad.

While more than 450,000 Americans still die each year from smoking-related illnesses, 50-plus years of tobacco control efforts have helped reduce the smoking rate among adults and teens by more than 60 percent from the 1964 peak and saved more than eight million American lives.

India has made its own progress, although here, successive governments, with help from the Supreme Court, have led the battle.

The Cigarettes (Regulation of Production, Supply and Distribution) Act, enacted in 1975, required tobacco companies to place health warnings on cigarette packs sold in India. In 2001, in a landmark judgment, the Supreme Court of India banned smoking in public places, such as auditoriums, hospital buildings, libraries, and railways. In 2003, the parliament enacted the Cigarettes and Other Tobacco Products Act, which prohibited tobacco advertising and regulated the sale of tobacco and the industry.

World Health Organisation (WHO) surveys show that these measures had some success. Between WHO’s first Global Adult Tobacco Survey, conducted from 2009 to 2010, and its second, from 2016 to 2017, tobacco use, including smokeless, among the adult Indian population dropped from 34 percent to 28 percent. Put another way, 8.1 million Indians stopped using tobacco. The percentage of smokers went from 14 percent to 10.7 percent and with that, exposure to second-hand smoke in public spaces and in homes fell.

Meanwhile, the large and graphic warnings on cigarette packets have started to have effect, as 62 percent of cigarette smokers say that the advertisements have led them to think about quitting.

Despite these trends, smoking cessation remains a formidable challenge in India. The lesson from US philanthropic experience is that big change takes time, persistence, and a willingness to work collaboratively. If history is to repeat itself in this nation, audacious Indian philanthropists will have to step up and amplify the government’s efforts by funding public awareness campaigns and helping to build local and national coalitions that champion smoking cessation.

Soumitra Pandey is a partner in the Mumbai office of The Bridgespan Group. Susan Wolf Ditkoff is a partner in Bridgespan’s Boston office and is the co-author of Bridgespan’s Audacious Philanthropy article, which appeared in Harvard Business Review in September 2017. Phillip Dearing is a senior associate consultant in Bridgespan’s Boston office and is the author of a case study on tobacco control efforts in the U.S. that was part of the Audacious Philanthropy research.

15,490
Thank you for your comment, we value your opinion and the time you took to write to us!

Tweets by @forbes_india
Prev
Placing children in adult company can be a rewarding experience
Next
World Disability Day 2020: An outsider gets an inside view on living with disability