Top 10 celebrities in India, according to Social Media

Given the importance of social influence, we took a closer look the top ten starts from their same list of celebs to see who is dominating social media 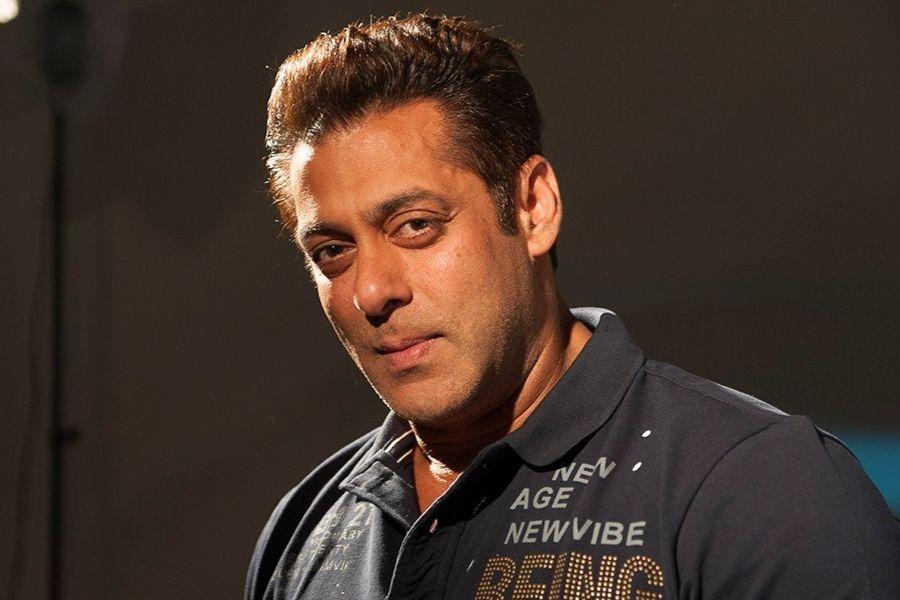 Like every year, Forbes India launched the “2017 Celebrity 100” in December last year. The top 200 celebrities were were evaluated on the basis of their annual earnings. Given the importance of social influence, we took a closer look the top ten starts from their same list of celebs to see who is dominating social media.

Using a specialised social media analytics tool, LexisNexis assessed the number of times each star/celebrity was mentioned in social media, how their own pages were performing, the engagement rates of the celebrities with their fans, and a deeper dive into their social fans’ demographics. Here are the highlights:

#1 Salman Khan Salman Khan is a force to be reckoned with in terms of earnings as well as the popularity among the fans. 2017 was a good year for the big bad boy of Bollywood, as he is popularly known in the media. First, he got acquitted from the long-running Blackbuck poaching case that has haunted him since 1998.

The next was the release of his film Tiger Zinda Hai which had a record opening at the box office and earned $17.52 million in its opening weekend. That’s not all.

The star has been very active on social media in 2017 and the retweets for his posts were the highest among the Top 100 celebrities. He’s the 3rd highest ranked star from this list in terms of Twitter followers (with over 31.1 million) and is most popular among the 25-34 years age group. 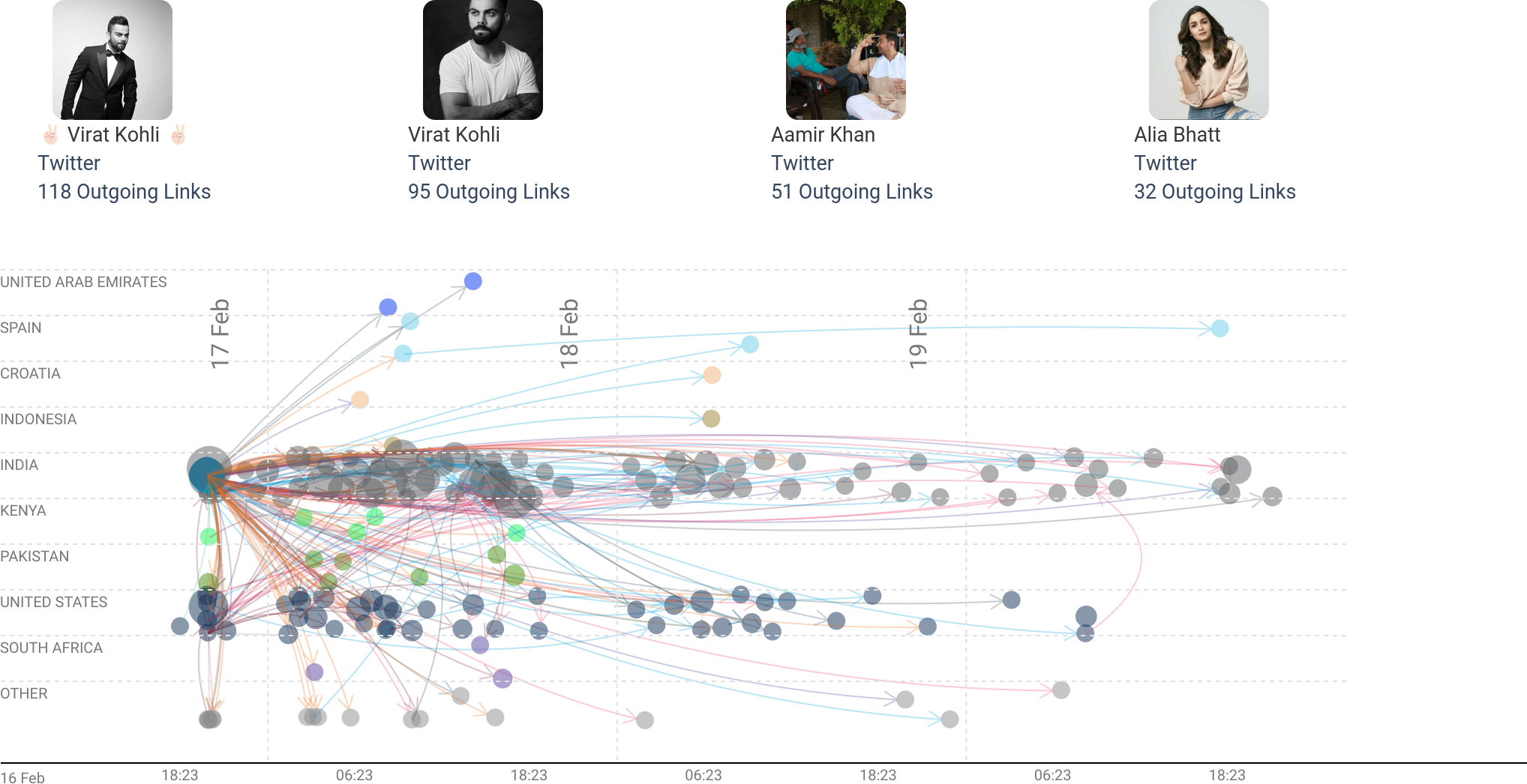 #2 Virat Kohli
2017 was a record-breaking year for this cricket star. From raking up centuries to scoring double hundreds, Virat Kohli dominated the pitch this year with a stupendous performance across all formats of the game. Under his leadership, the Indian cricket team won the second highest number of matches in a calendar year. He scored 2,818 runs this year improving his own tally of runs.

His wedding to Bollywood actress Anushka Sharma at the end of the year, supported by exclusive wedding pictures, multi-city reception and honeymoon tweets helped further increase his social media popularity. Kohli is tied for one of the fastest growing Twitter profiles (with a 12.5 percent growth rate) and over 22.9 million followers.

#3 Shah Rukh Khan
The popularity of King Khan didn’t dip despite giving two flops this year -- Raees and Jab Harry met Sejal. They were not runaway hits but created enough stir among his fans both in India and abroad, to send his the social engagement rate soaring. With Raees ranking as the most talked-about movie on Twitter, King Khan succeeded in topping the charts with the most Twitter followers of all the celebs on the list. He currently has over 33.3 million, and with a 9.9 percent growth rate in followers, we don’t think this will slow down any time soon.

#4 Amitabh Bachchan
One of the oldest celebrities on the list, yet Big B is the most well-versed in social media. 2017 was a busy year for him. He was roped in as the brand ambassador for Government’s goods and services tax (GST) initiative and his 40-minute video went a long way in calming down the common man’s doubts and questions. He is an active member of the community who does not hesitate to use the social media platforms to bring awareness and even interact with other celebrities and fans. His overall popularity is high – he is one of the most active of the celebs on the list, and ranked #2 for overall Twitter followers at over 33 million. He’s also the only celeb on the list that is more popular among hindi language profiles than with english.

#5 Akshay Kumar
2017 must have been a very satisfying year for the Khiladi star Akshay Kumar. His movie, Toilet- Ek Prem Katha, was well-received at the box office and the audience appreciation was also immense for starring in a movie that promotes the Swachh Bharat campaign unveiled by the Government. Appreciation for the movie also came in from many unexpected quarters. Bill Gates, impressed by the theme of the film, tweeted his appreciation for highlighting the sanitation problem in the country.

Akshay Kumar tops the chart for the highest share of profile at 21.9 percent over the past week compared to the other celebs. He’s also received the second most new followers on Twitter and is currently at 24.8 million followers.

#6 Sachin Tendulkar
By the close of the year, Master Blaster Sachin Tendulkar became the most popular Rajya Sabha member on Facebook and was right next to our Prime Minister Narendra Modi as the most talked about Parliamentarian. In fact, Sachin has the most new followers along with the highest growth rate of followers of all the celebs on the chart.

#7 Alia Bhatt
This young actress has quietly taken over the Social Media. Having won several awards in early 2017 for a stunning performance in Udta Punjab and nominations for Dear Zindagi, is the most popular female celebrity on social media. In 2017 she also delivered another hit Badrinath ki Dulhaniya. A cute, youth icon who is also considered a fashionista has arrived.

Alia dominates the younger fans with 43.5% of her Twitter followers in the 18-24 age group. Her Twitter fans are approximately 41% female and 59% male.

#8 Sonam Kapoor
Actress Sonam Kapoor was her usual self this year, which means she was stunning and trendsetting wherever she chose to go. Her golden look in Cannes was divine and she literally stole the show! One of the best moments of 2017 for her would certainly be her ramp walk in the annual Paris Fashion Week, where she was the spectacular showstopper.

The one thing that would have truly made her year was the release of the much-awaited epic movie ‘Padmavati’ now newly renamed ‘Padmaavat’. Helmed by Sanjay Leela Bhansali - one of the celebrated filmmakers in India, Padmavati’s trailer aroused the expectations of the fans to a fevered pitch. Deepika’s grace and elegance in the ‘Ghoomar’ song were much appreciated and it almost seemed as though the year would end on a high note for this lovely actress. Instead, the film fell into a broil of controversy as fringe political parties and numerous Rajput outfits protested and accused the makers for distorting history. Deepika’s fierce defence of the movie notwithstanding, the movie is yet to be released this year.

Deepika has over 23.2 million Tiwtter followers. She also has the most even gender split amongst followers with 44.4 percent female and 55.6 percent male. She’s most popular among the 25-34 year age group, followed secondly by the 18-24 bracket.

#10 Hrithik Roshan
2017 was not a very good year for the Greek God. He had a single release, Kaabil where he played a visually impaired man, seeking revenge for his wife’s death. Though not a runaway hit, the movie did perform well at the box office.

While all was well for him professionally, on a personal level this was the year when a lot a dirty linen got washed in public. Controversy’s most favourite child, actress Kangana Ranaut chose to reveal many intimate details about her relationship with Hrithik (which he had never acknowledged) and that snowballed into a debate about nepotism in the tinsel world.

When things turned really ugly, Hrithik who had until then maintained a dignified silence chose to speak up and revealed his side of the story where he negated everything claimed by Kangana, including the so-called relationship that they had. Hrithik has the lowest audience engagement of the celebs on the list and currently has about 22.3 million followers on Twitter.

Methodology
The Top 10 Celebs in India, according to social media report was created using LexisNexis® Social Analytics (powered by Talkwalker). The report looked at the celebrities’ Twitter handles and their associated audiences including audience activity and demographics. The date period analysed was 2/7/18 – 2/15/18.

In-depth analytical data such as these are a good guiding tool for Brands and their associated industries. Celebrities from films and sports are most sought-after for advertisements and rightly so – since they have are major influencers in our life. Reports such as these help the brands to leverage the power of information to drive better outcomes for their products as their fortune is tied in with the rise and fall of these celebrities.

212,970
Thank you for your comment, we value your opinion and the time you took to write to us!
Comments 1