In a world of right and left, why brands should be centrist

In the era of jumping on trends and expecting brands to take a stand, a case for why brands should, in fact, be centrist 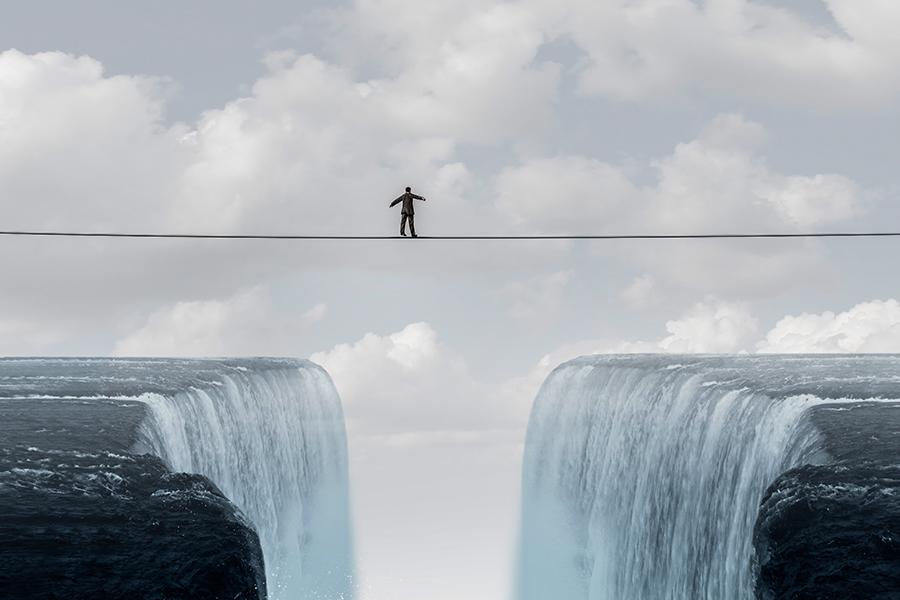 Let’s start right off the bat with a movie trivia. Did you love Black Panther and the nuanced way it talked about racial discrimination and empowered black lives across the world? Or how the Avengers are a metaphor of altruism and promote women empowerment. Now, what if I told you the big boss of Marvel Entertainment Ike Perlmutter, is an avid Republican who has been donating millions of dollars for both the 2016 and 2020 Donald Trump campaigns. In a capitalistic world, brand imagery is pure business.

Brands or their companies are not elected representatives sworn in to bring change. It may be their social responsibility with the amount of wealth they accumulate. Using part of their profits to make the world a better place by educating children, reducing carbon footprints, and cleanliness drives won't hurt anyone. But in the end, they are primarily ambitious business organisations that are created to become corporate royalties while supporting the economy of their respective countries.

And as much as the intentions might be credible, hashtags don’t bring revenue—revenue brings revenue. Let’s look at two recent examples, a jewelry brand owned by the Tatas, one of the biggest conglomerates of the country makes a campaign (or two) that irks the right-wing who instantly and violently mark and bully them like a Margaret Atwood character. In this dystopia, their shares helplessly plummet and their showrooms become a sitting duck. Hands on your heart, did you take the streets to protect their stores and make sure you only purchase their shares in bulk till they recover?

And now let’s peek at the other end of the spectrum till you marinate with that thought.

Micromax, the Indian mobile brand that built its empire by manufacturing cheap phones from China, was left in the lurch when those same manufacturers decided to become brands themselves by cutting the middleman. Now years later, Micromax decides to tap into the now-popular anti-China rhetoric in India for their relaunch campaign, unilaterally dissing their old business partners. Many such hashtags catch on and trend pan India for weeks. But during the Diwali sale and New Year launch, it was Xiaomi that broke all the records with historical sales of 13 million devices (1.3 crore) and Rs 200 crore worth of sales for their newly launched phone, respectively.

To reiterate, hashtags don’t bring revenue—revenue brings revenue. And whatever side you’re on, you will keep buying what your heart desires, irrespective of brands on either side of the spectrum going bankrupt—or viral.

Basically, if presidents were a brand, corporations should aim to be an Abdul Kalam, transcending the right-left debate and admired equally by both sides. Brands don’t have or need the luxury of catering to or selling their bikes or any other product to customers on just one side of the political spectrum. They have to target customers on either side of the spectrum to keep their employees fed.

You should definitely hold brands accountable if they are providing you sub-standard, unethically made products but not because they didn't do the job your district representative was supposed to do.

Neutrality before perjurySome of you might be thinking of Nike’s Kaepernick as an example of how global brands have ‘spine’, interchangeably used as ‘image building’ in the marketing communications field.

Fun fact: According to the Centre for Responsive Politics, for the last 10 years until just last year, the Nike that is now against police brutality and racism, had donated up to three times to Trump’s Republican party than to the Democrats. Yes, the Colin advertisement got them a Cannes Grand Prix and an Emmy, but let there be no conflict as to the real-world implications of the evident backhanded political support.

In such cases, a million times over, neutrality is respectful over advertorial facades patronising us to get a social media boost. The ideals of a brand and human beings should never have to wait for a crisis to trend to show grit and compassion. Mark Zuckerberg can write heart-wrenching posts of personal stories to condemn the anti-immigrant orders signed by Trump and in the same breath also allow Cambridge Analytica a free pass to trace and mobilise right-winged supporters to make him win the presidency in the first place. Take also the example of Trump's social media ban, it's important to remember that it came only after he was officially ousted by Joe Biden who was going to be president in less than a month.

As consumers we can choose the next best brand at a moment’s notice, but for brands there is no such privilege. Headquartered in a garage or the Silicon Valley, support is survival for them. If you remember that, when you stumble upon the next viral campaign, it will be easy to tell which way the wind is blowing.

The Nichetzsche of it allThe modern consumer family is not the host of one linear belief system rather beautifully scattered in a million niches. And that’s not a bad thing, considering it is directly proportional to more people finally getting their dormant voices heard in their homes. However, for a brand, it’s like a game of minesweeper. Imagine the same household having Trump and Biden supporters. Now, if you hit the hornet’s nest, it won’t be quite a comfortable pitch to sell that family a car everyone will just love, right? Exceptions of comparatively smaller brands made in the digital era, eyeing smaller market pies, can actually benefit by strong political inclinations that air the cultish flames they aspire for. But no amount of #GrabYourWallet (running since 2016) campaigns by anti-Trump supporters calling for the boycott of brands selling products owned by the Trumps will make the Walmarts, Googles and the Amazons of the world cower. And with all sincerity, no bullying is good bullying. A brand is more than one person’s belief and the cultural inclination of millions aren’t interchangeable.

Hugo Boss made uniforms for the Nazis and Volkswagen was directly funded by Hilter’s National Socialist Party.

The communication of global brands should be centrist—be Switzerland in an era marred with wars. Would you want to argue with your mother on which brand of cereals to choose viz-a-viz their social commentary? Nope, and your brand knows this elementary truth. That when it comes to friends and family, they will always lose. So they would rather always be neutral and enter your homes than enter your arguments.

Before leaving, a small disclaimer—apolitical brand communication doesn’t mean apolitical brands. Apolitical brands is an oxymoron. Brands have since genesis been forged in active politics. The fundraising campaign disguises ‘take care of me later’, words of appreciation for the present party actually mean ‘when can I expect the subsidy’, partnership on government schemes is ‘leverage on tenders’, so on and so forth. No billion-dollar corporation in the world can escape threads of capitalism being an active member themselves. With the next election, comes another ideal, another system. It's the same cycle.

Customarily, question your government which is your core right as citizens and if that goes well, you will never feel the need to question the social inclinations of commercial entities.

4,560
Thank you for your comment, we value your opinion and the time you took to write to us!

Tweets by @forbesindia
Prev
Changing with the times: Marketing strategy as a misnomer
Next
Amazon's meteoric advertising ambitions rival the Google-Facebook duopoly