Six ads that will appeal to the patriot in you

Positive outlook, aspirations and shedding false perceptions are what these brands are rooting for 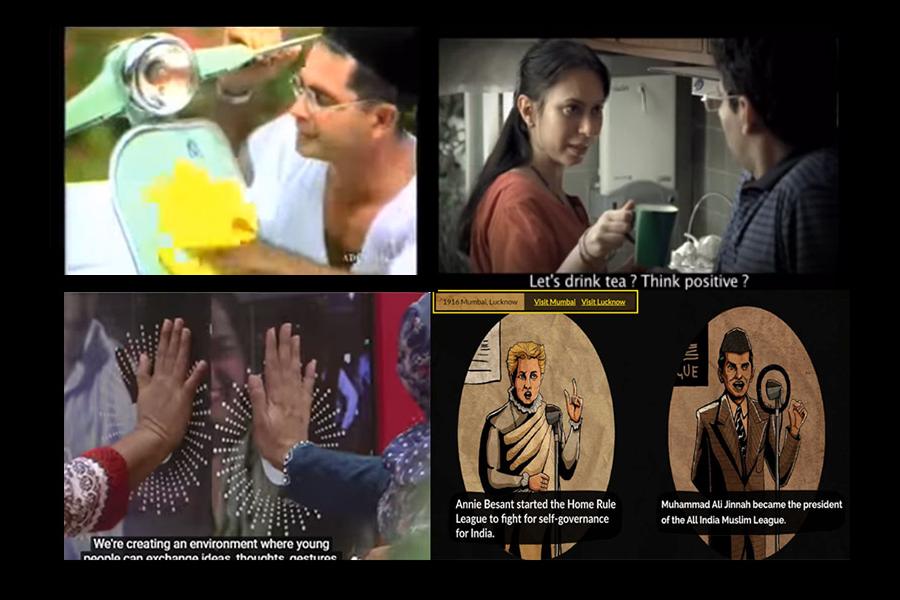 Every August, brands begin changing their colours. Literally. Well, we are referring to the sudden switch to saffron, white and green (India’s flag colours) in their marketing communication to celebrate Independence Day. But beyond these surface-level changes, there are a few brands that go the extra mile and design a campaign to aptly represent the spirit of independence and what it means for India. Subtly weaving in their brand message within the ad is an icing on the cake. And needless to say, these campaigns have stayed in the memory of the Indian consumers long after they were phased out.

So here’s a look at a few such memorable campaigns that evoke a strong sense of patriotism in every Indian.

In this ad, Bajaj encapsulates the aspirations and spirit of a pre-liberalisation India through its flagship scooter brand Chetak. A simple middle-class family riding the scooter, a Parsi man wiping it clean and yet another family worshipping the scooter before the first ride, each of these instances resonated well with the Indian consumer and positioned it as the perfect family two-wheeler. In fact, the sense of belonging this ad created was so strong that even today, the words ‘Buland bharat ki buland tasveer – Hamara Bajaj’ immediately makes the Indian consumer nostalgic.
There have since been a couple of spin-offs of this ad, but none as good as this.

While we as a country battle some socioeconomic problems, one cannot deny India’s achievements. And don’t forget, every adversity is an opportunity to bring about a change. This ad urges people to look at things from a different perspective. Chai Piyo. Soch Badlo – it says with a flourish. This ad is among the most popular ads under the Jaago Re campaign for Tata Tea.

Descriptor: Who isn’t aware of the tension between India and Pakistan? Through this ad, Coco-Cola tried to break barriers and create a connection between the two neighbouring countries. This was done through machines set-up in both nations; people could interact by completing tasks such as touching hands, drawing peace, love and happiness symbols, together virtually. In return, the machine would dispense a can of Coke.

MakeMyTrip
Year of release: 2015
Theme: Journey of our Freedom
https://www.makemytrip.com/blog/india-journey-independence/
Descriptor: Online travel agency MakeMyTrip created a microsite to narrate the entire journey of India’s freedom struggle–from 1857 to 1947. The animation was extremely well-crafted, and was accompanied by ‘Then and Now’ visuals of the historic places. And if you felt tempted to visit one of those historic places, you just had to click on the link at the top end corner to get all details about it, including travel, accommodation and sightseeing.

Paytm
Year of release: 2016
Theme: Freedom is realising that you have a choice.

Hope and possibility of a corruption-free India is the message that mobile payments and ecommerce platform Paytm conveys through this ad film. It narrates three instances where it seems like there would be an exchange of money as bribe, but, in a pleasant twist, shows an exchange of emotions instead. “Jab cash nahi hoga toh corruption kaise hoga. Working towards India’s freedom from corruption,” says the last frame of the ad, urging people to use less cash and more of digital payments.

Interestingly, three months later, the government of India announced the demonetisation of high-value currency, with one of the objectives being a cash-free economy.

Virat – Manyavar
Year of release: 2017
Theme: Journey since our freedom
Clothing brand Manyavar has always been known for its splendid commercials, but this one takes the cake. When India captain and one of the world’s best batsmen Virat Kohli turns into a commentator to narrate India’s 70-year journey of Independence, it is a win-win situation. Sure, the country has seen several ups and downs, but despite all this, India continues to stand strong. Or as Kohli puts it, India #70notout.

So these were our assorted picks. We would also love to hear about your favourite ads that make you feel patriotic. We wish our readers a very happy Independence Day!

For some more Independence-themed entertainment, we would like to leave you with these evergreen melodies that will take you down the memory lane.

9,921
Thank you for your comment, we value your opinion and the time you took to write to us!