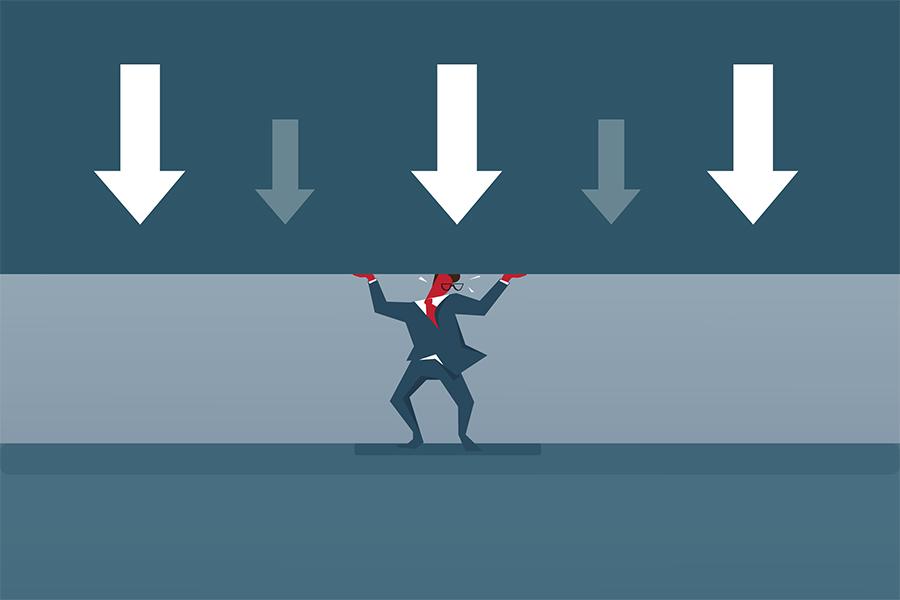 Early every year, marketers spend a lot of time building their marketing plans, getting budget approvals and planning new initiatives. But by the end of the year, in retrospect, looking at the original plan, they realise most things they planned hadn't worked or generated the expected outcome.

There can be multiple internal and external factors behind the failures of marketing plans, but here a few of the common reasons:

1. Rapid changesGreek philosopher Heraclitus said, “The only thing that is constant is change.” Though we all know that everything around us is constantly changing, in today’s age, the speed of change has increased significantly. If we look at change in terms of technologies, new technologies like automation, analytics, artificial intelligence, have changed the business dynamics around data and decisions. Companies like Ola utilised the power of technology and changed the dynamics of the domestic transportation industry. If we look at change in terms of distribution channel, e-commerce companies like Flipkart have played a significant role in moving customers from offline stores to mobile apps. If plans are not adapted as per the rapid changes in the market, expected results can’t be achieved.

2. Internal bureaucracyWhen companies are small, they take risks and experiment frequently. But when they become big, they get hierarchical and include many systems and processes to control their employee’s actions and protect their earned success. Decisions are made by groups of people, not individuals. Multiple approval structures and functions such as legal, finance and technology evaluate the opportunities and investments in their own way. The time taken justification process, documentation, and decision making, all slow down the execution process. For instance, Xerox's Palo Alto Research Center failed to capitalise on many of its innovations due to gaps in communication between its internal departments such as research and marketing.

3. Unexpected competitionHistory is filled with examples of big companies that didn’t recognise new competition and paid a heavy price. A few years back, a company like budget hotel unicorn - OYO didn’t exist, but today it has become a significant player in the hotel industry and has impacted marketing plans and revenue targets of established hotels and travel booking sites.

4. Past successPast success definitely creates credentials and confidence, but it also creates a comfort zone. For example, after capturing major market share in India, Zomato entered Dubai as its first international market for expansion. Its quick success in Dubai gave a false sense of confidence to the team, and the company rapidly expanded into many new markets. Along with rapid expansion, the company also faced a few setbacks and understood that the battle in every market is different than in the Indian market. The company put in a lot of effort to localise and cusstomise the product in new markets and it tasted success again.

5. Unclear communicationSometimes companies don't think clearly about how their audience will perceive their brand communication. Unclear or incorrect communication hurts brand’s credibility and position in the marketplace. For instance, KFC worked closely with Oprah Winfrey to promote a new line of chicken. Millions of Americans had downloaded free coupons after the offer was featured on The Oprah Winfrey Show and her website. KFC didn't gauge the demand correctly and ended up unable to deliver free chicken to many customers, which made them angry. Later, KFC cancelled the free chicken deal, apologised to its customers and pushed the date to use the coupons.

6. Poor productA great product is the foundation of a great brand and plays a very important role in demand creation. But a bad product can lead to a lot of negative word of mouth. For instance, Samsung's Galaxy Note 7 smartphone became one of the most discussed technological failures of 2016. It was found that a manufacturing defect in the phones' batteries had caused some of them to generate excessive heat, resulting in fires.

7. Selected market segmentEvery entrepreneur dreams that his or her startup will become the next unicorn. To achieve this quickly, they try to do multiple things to acquire clients and customers. To create a strong position in the market, it is very important to the choose market segment wisely. In the early 2000s, internet penetration in India was low and it was difficult to convince people to upload their profiles on a matrimony site. Though Shaadi.com was launched, the market was not ready for an online matchmaking service. So the company first targeted NRIs (non-resident Indians) in countries like the US and UK. After gaining substantial user base in those markets, the company started marketing campaigns in India.

8. Unclear strategySometimes companies take big strategic risks -- investments in new products and marketing campaigns -- without doing pilots, so they don't work. For example, to re-energise its Coca-Cola brand and the cola category, Coca-Cola in 1985 changed its secret formula and introduced the new taste of the “New Coke”. However, the consumers reacted negatively to the change. After a few months, the company brought back the original taste as Coca-Cola Classic. It tried to launch the different flavour, naming it Coke II. Now, Coke II is no longer available in the US.

9. Focus on market sharingIn a market sharing approach, companies focus on established markets and try to gain market share from existing players by offering similar kind of products and services. In this situation, the competitor with better financial resources is able to invest more in advertising, discounts and distribution. For instance, in sanitary pad market, P&G's Whisper, J&J’s Stayfree and Kimberly Clark’s Kotex were focusing on a market segment that could afford expensive pads and were busy in winning over each other’s market share. An entrepreneur, Arunachalam Muruganantham (on whose life the movie ‘Pad Man’ is based) looked at the new market -- the ‘bottom of the pyramid’ -- without any financial resources. This was a segment that the global brands had failed to address. Eventually, he created a huge opportunity for himself and millions of poor women.

10. Unmet brand promisesCustomers have certain expectations from a business and the way the business meets those expectations, defines its brands. In 2014, Flipkart’s mega sale - Big Billion Day started early morning and within minutes, most of the attractive deals were out of stock. Around noon, Flipkart’s servers gave away to the huge demand and services were disrupted for a short while. When customers use an e-commerce website, their basic expectation is that they should find what they are looking for and website functionalities should work. In this case, Flipkart earned more angry customers than satisfied ones from “The Big Billion Day” sale initiative of 2014. Later on, Flipkart fixed the issues and continued the initiative with better experience in upcoming years.

Seth Godin has said, “Be bold, make mistakes, learn a lesson, and fix what doesn't work.” No matter how better marketing plans are, marketers are going to face surprises. To succeed, marketers have to be agile and make their plans adaptable.

18,225
Thank you for your comment, we value your opinion and the time you took to write to us!