The secret ingredients in Netflix's strategy to becoming what every brand wants to be: Real 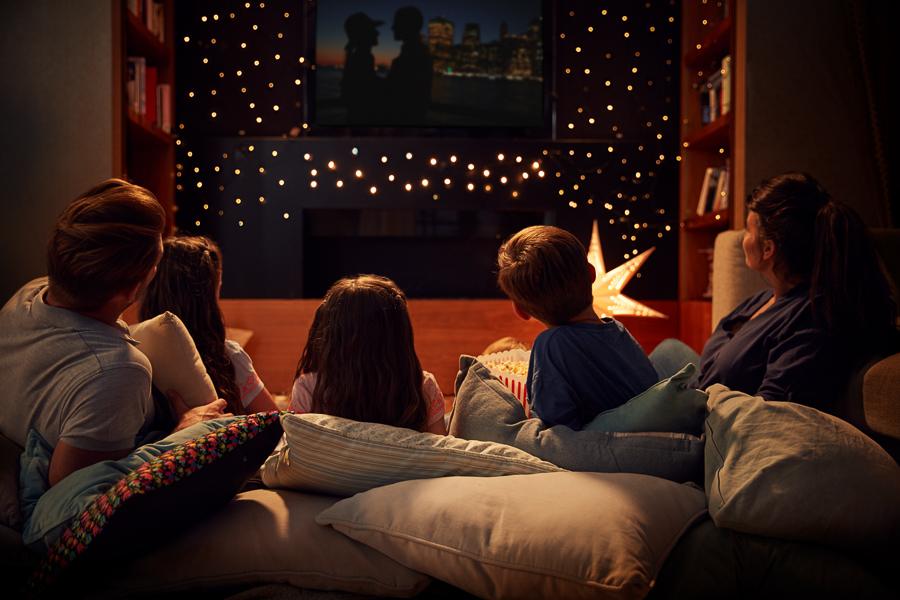 The dream feat of any marketing communication is to become the perpetual ambient music in customers' lives, not a one-off Super Bowl or Diwali pop concert. Just an effortless companion, like a wind chime that becomes an extension of your life. Netflix managed that. And make no mistake: It wouldn’t have been possible without a decade of deep insight mining (bulk binging habit) and product experience fine tuning (auto play and seamless multi device viewing). But just like the tagline ‘It’s not TV, it’s HBO’ was an advertising feat, to become a generational action word gifted by the audience like ‘Netflix & Chill’ is a global cultural feat much beyond the pay grade of every agency in the world put together.

This article tries to work backwards to decode the creative method in the $227 billion strategic madness. What are their secret ingredients and how can you emulate it in your business?

Bro, I’m bored, recommend something no?The transition from ‘we get you’ to ‘we are you’ is so magnificent that you don’t even realise that the drapes between the customer and product have disappeared to make way for an organic relationship. The one where you can tell fart jokes and don’t mind pulling each other's leg on social media. Mind you, these aren’t ‘I love/hate your product’ feedback that usually the same people use social media for, it is talking directly with Netflix about how much of a snacc Cavill looks like in The Witcher. Something earlier reserved for the closest friends is now being comfortably shared with a multi billion dollar corporation. Their content marketing feat in one line: The respect of Apple with the flexibility of Buzzfeed.

Memes, Momos and MashupsThere are two ways to ride a trend: Memejack or Memecreate. The differentiating factor about Netflix though is while the whole world is making memes about their products, they focus on designing through them far more than on them. So there's a lot of what I like to call 'surrogate memeing': How to sell shows indirectly through their characters talking about everything but the show. Meme in the truest sense of the word. So Netflix India would use Money Heist’s character Arturo to make a post with just his face and the line: ‘If elaichi in biryani had a face’. 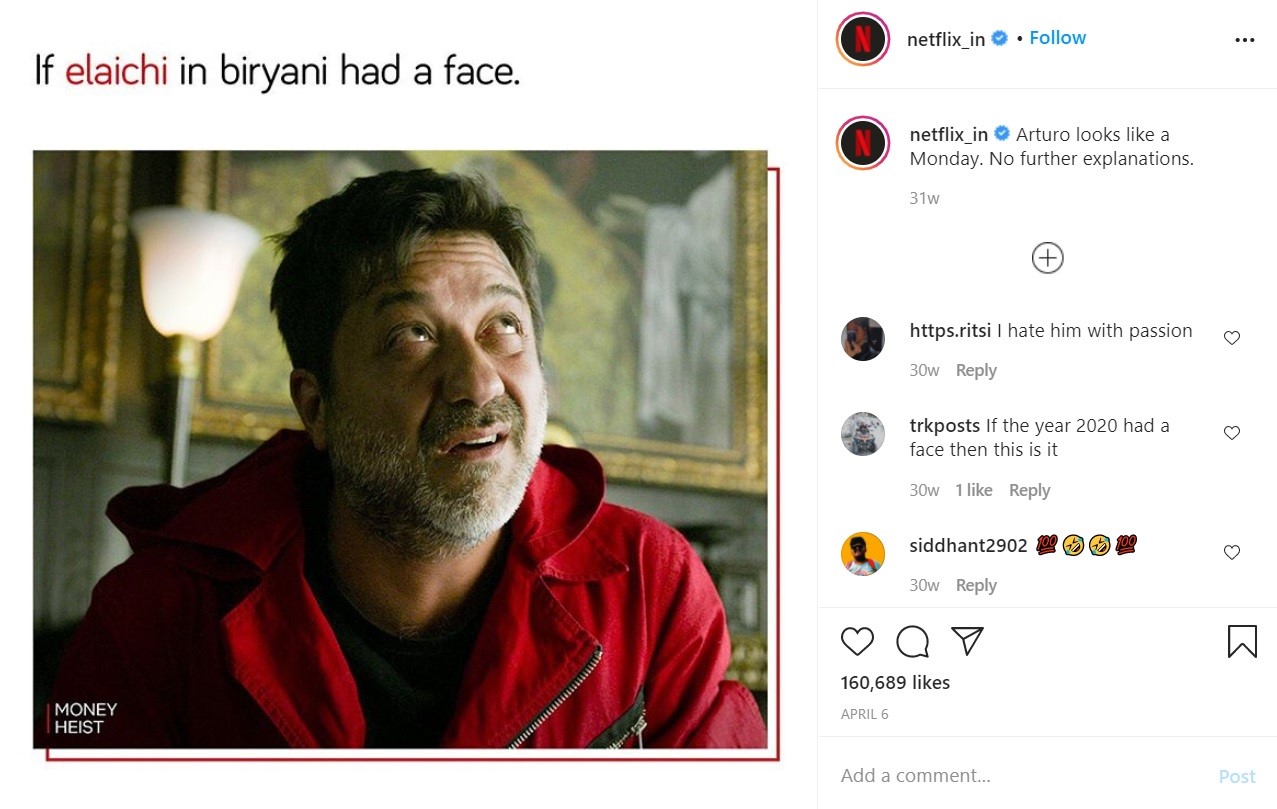 I won’t be surprised if their social team reads this article and reverts with this meme of a movie in their content library:

Two years ago, Netflix’s shareholder letter crisply summarised the why part of this approach: ‘We compete with Fortnite more than HBO’

We will be so good together, let’s collab!They don’t hire influencers, they partner with them. The process? Find who are the potent competitions in capturing the time of my audiences and capture them. No complicated campaign briefs or four page brand guidelines. ‘Do what you’re already doing, just with our logo’. If it’s successful on Instagram and Twitter they will increase the production and get the influencer their own property on their YouTube channel and if even that exceeds expectations, they greenlit something original on their website. Possibly the only legit pyramid scheme in the world that actually echoes, let’s grow together. In India, you would have seen the same formula on influencers from Kusha Kapila (Billi Massi to Behensplaining) to more recently Yashraj Mukhate (Rasode Main Kon Tha to Marriages are breaking like biscuits).

Netflix’s rainbow content tonality, varying from witty, classy, compassionate to downright absurd is what makes it elevate from an intangible and predictable billion dollar corporation to a real friend we all know. That’s the secret ingredient: It finally manifests in becoming what every brand desires to be. Real.

9,114
Thank you for your comment, we value your opinion and the time you took to write to us!

Tweets by @forbesindia
Prev
How important is a brand's valuation?
Next
Brand reputation and the unmeasured world of good taste