Are Indian businesses as innovative as we think they are?

India ranked as low as 66 in the Global Innovation Index last year. It slipped to 76 this year. Do we really understand what innovation means?

As a child, I used to wonder where mosquitoes in winter hide, why fish keep swimming, how birds learn to fly and other such 'un-natural' occurrences. After a career in marketing & communications for over 20 years, building and running businesses of excellent sizes and in many a geography, hiring and training dozens of successful managers, I continue to be aggressively curious about beings and things. In 2011, I co-founded Friends of Ambition, a Business Growth Platform for Middle India. It works with growth-minded businesses in Middle India and helps them professionalize their operations, build internal capability and become agile. Our focus on Middle India [a.k.a Tier 2 towns] stems from a strong conviction that the next several decades of explosive business growth in India will come from that geography. As I often find myself in cities and towns I might have only heard of just a few months ago, meet business owners there and hear their stories, dreams and challenges, I feel a sense of elation and sadness, sometimes simultaneously. This blog is a chronicle of my experiences in Middle India - mostly gleaned from real life encounters with business owners, their influencers and well wishers. 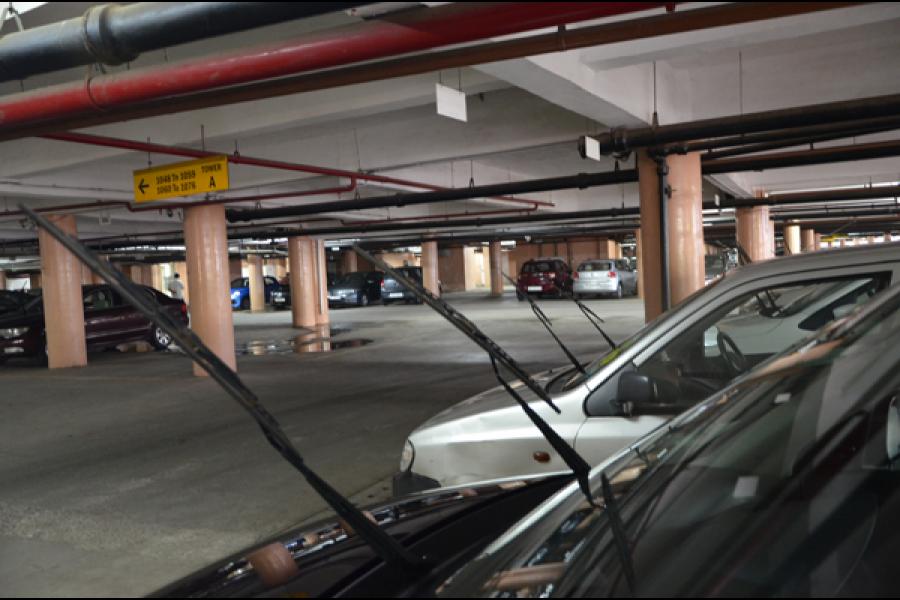 Car washing boys in many Mumbai housing complexes leave the wipers up, to know which cars have been washed

Last week, I was in Rajkot, Gujarat, speaking at an event organised by INC Magazine and sponsored by ICICI Bank. My topic was Growth Stage Innovations in Owner Managed Businesses. The fact that nearly 180 people came for the event despite only 60 being invited meant that the topic sounded very exciting and meaningful to the invitees.

As you can imagine, each of the three aspects of the topic–GROWTH STAGE, INNOVATIONS and OWNER MANAGED BUSINESSES–is powerful in its own right. However, since the central theme of the discussion was INNOVATIONS, we spent most of the time on that.

Earlier in the day, I had met a few local industrialists to get a sense of business in Rajkot. They and many guests at the event told me that people in Rajkot were very entrepreneurial and innovative. I have heard similar things elsewhere in the country as well. And this is heartening.

I am also aware that the National Innovation Council, created in 2010 under the chairmanship of Dr Sam Pitroda, has many luminaries working on driving our country’s innovation agenda. This sentence on NIC’s website is very encouraging: Realising that innovation is the engine for the growth of prosperity and national competitiveness in the 21st century, the President of India has declared 2010 as the ‘Decade of Innovation’.

Similarly, the 14-year-old National Innovation Foundation created by the Department of Science & Technology [DST], and its much older associate networks such as GIAN, SRISTI and the Honeybee network, led by powerful personalities such as Dr RA Mashelkar, formerly of CSIR, and Prof Anil Gupta, have been working tirelessly in the area of grassroots innovations.

What used to be the DST’s Science and Technology Policy changed its name after 10 years in 2013 to Science, Technology and Innovation Policy.

A quick search online would reveal many more bodies, policies and initiatives around innovation.

We graduate the world’s largest number of engineers every year and as part of their curriculum, all engineering students have to complete a project that’s expected to be an engineering innovation.

If you look at the enormous startup wave sweeping across our country, our metros in particular, or look at many awards shows centred around innovation, you would think we clearly have innovation as one of our national focus areas.

How innovative are we in other people’s eyes?

In 2013, India ranked as low as 66 in the Global Innovation Index, a global ranking of countries on innovativeness that three highly respected institutions have been collaborating to publish for the past seven years. I would be quite forgiving if we stayed at that level and improved our position consistently. But alas, the same list for 2014, published just a couple of months ago which is creating a lot of noise in the media, puts us at 76, 10 points down from last year. A rank of 76 in a list of 143 countries, that’s where India is in innovation capability, behind countries such as Lithuania [39], Belarus [58], and Armenia [65], no disrespect intended.

So is all really well? Or, are we just in a century-long self-congratulatory mode?

Specifically, are our businesses innovative?

I have a fundamental doubt in mind. Sure, we may have many exceptions and many great examples, but as people and as businesses, do we really understand innovation? And assuming we do, do we know how to drive it within our organisations?

Growth stage companies would be wise to remember a few simple things about innovation.

18,301
Thank you for your comment, we value your opinion and the time you took to write to us!

Tweets by @forbesindia
Prev
The Ambition Inequality: Does the 1-9-90 Rule apply to Entrepreneurs?
Next
Must all mid-sized companies remain content with Jugaad ?