Godrej's Parmesh Shahani believes that while companies have made policy changes and ticked the right boxes on paper, it is now time to be all in and go the extra mile for inclusion of LGBTQ individuals 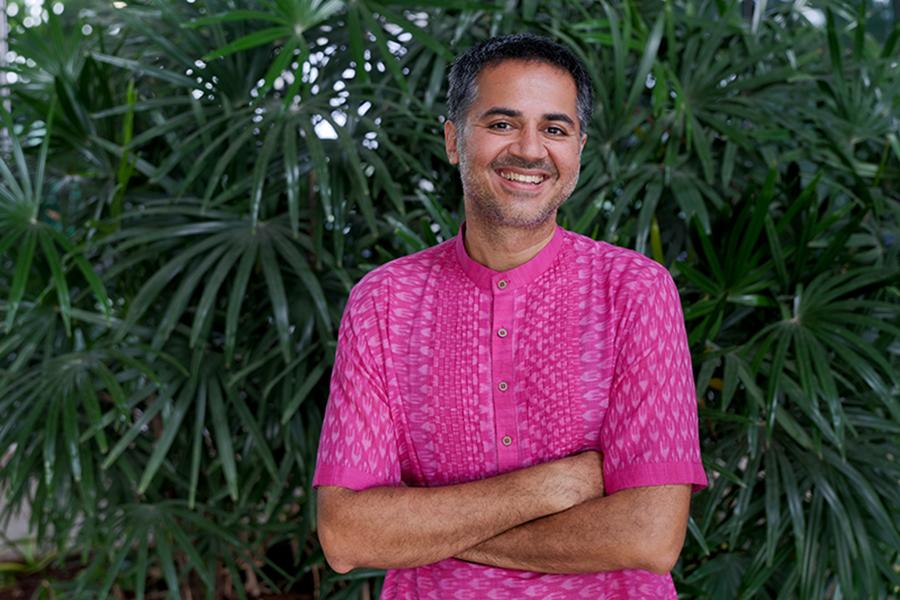 Parmesh Shahani’s book Queeristan: LGBTQ Inclusion In the Indian Workplace launches the business imprint of publisher Westland with its release this month. In an interview with Forbes India, Shahani, who is the vice president of Godrej Industries and the head of Godrej India Culture Lab, talks about why corporates are often collaborators, and not competitors, when it comes to creating opportunities for the queer community, how getting rid of stereotypes and discrimination boosts innovation in companies, and why businesses in India are still in the very early stages of the inclusion journey. Edited excerpts:

Q. You describe Queeristan as a business book, but it has many layers to it. It's part-memoir, and it traces the history and journey of the LGBTQ community in India through aspects ranging from policy to popular culture. How did you tie everything together?I was hoping it would tie itself together. The idea was always to do a business book that is unlike any other in the genre, also to say that business cannot be viewed in isolation. The book features real individuals who are part of the workforce; these employees have families. Companies and their employees are also part of the social discourse, watching TV, watching movies, witnessing the change happening around them. So in that sense, the idea was to create a business book which is very much a guide on why inclusion is important and how you can be inclusive.

It was also meant to be a business book that gives a context to what it means to be LGBTQ in India. And this context comes through stories and personal narratives of queer people who have flourished because their companies have empowered them. There are narratives of allies who have been champions of inclusion, right from Nisaba Godrej to Sonam Kapoor Ahuja, narratives of parents of queer children and what happens when there is acceptance at home. Then there's my own journey, which is a personal touch I thought would bring everything together. 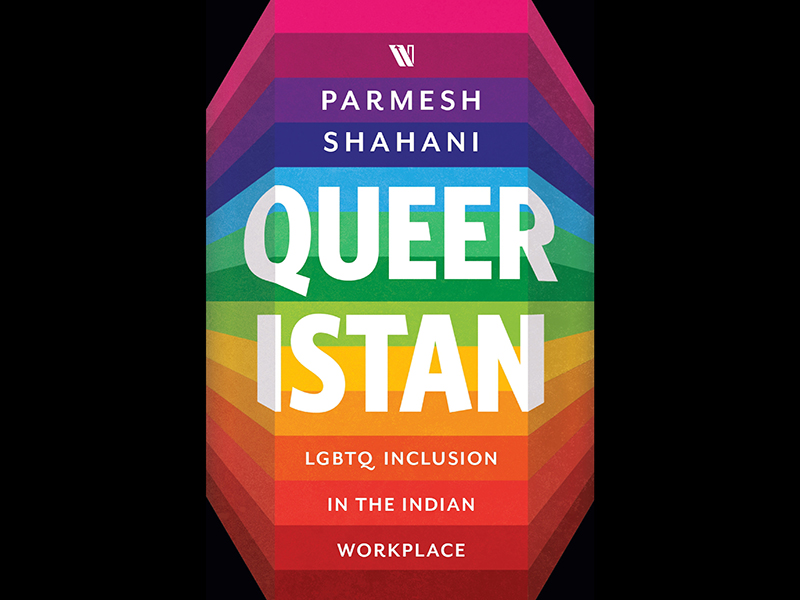 Q. When exactly did companies actively start including LGBTQ communities into their diversity and inclusion framework, and how much ground have we covered since the judgement [reading down Section 377] in 2018? The truth is that so many progressive corporates started many years ago, from the early 2000s. A lot of companies began their journey after the 2009 Delhi High Court judgement [which ruled that Section 377 of the Indian Penal Code, which criminalised intercourse between homosexual adults, as unconstitutional], so it’s been over a decade now. This momentum slowed down after the 2013 judgement that reversed the 2009 order, as it made companies nervous. Many companies that were well-meaning misunderstood it. There was nothing in the judgement that said that companies cannot stand by their queer employees but corporate India, in general, tends to be apprehensive and plays safe. So companies went back to sitting on the fence. Having said that, some like Fastrack for Titan and Brooke Bond continued standing up for the queer community.

But the 2018 verdict freed all the fence-sitting companies. Suddenly, people could say that there was nothing stopping them. Between 2009 and 2018, people, especially HR professionals, were having conversations about LGBTQ diversity. So the ground was being laid. The 2018 verdict unleashed a positive energy that had been built over the past decade. Indian companies are not homophobic at all, they are just ignorant. I am fine with that because you can give information and dispel ignorance.

Q. While leaders believe inclusion should be part of a company’s culture by way of policy, often, day-to-day interactions between employees might still be riddled with discrimination and stereotypes. How do we bridge that gap?I completely agree with you, which is why I think we are still in very early stages of the inclusion journey. What we have done well over the past couple of years is have these conversations, make top management aware and sensitise them. But it has not percolated all the way down.

What companies will need to do now more and more is invest in workshops, invest in culture-building and training so that the message goes out all the way. Right now, companies are taking the first few steps, which is change policies, have benefits and tick all the right boxes on paper. Now comes the hard work of implementing all of it, because you can have all the policies in the world, but if you do not have employees that are actually using those policies, what’s the point?

I am happy that over the last decade, an ecosystem has been built, so it is easy for companies now to do sensitisation training. They can do that by collaborating with specialised diversity consultants or queer community organisations. They want to hire people, they can call organisations that specifically work toward LGBTQ or trans hiring. The whole system has been built. So companies are well poised to go to the next level.

Q. I found the chapter on privilege particularly interesting, where you say that queerness has a global narrative and also a local context. How can LGBTQ individuals who are not privileged get the confidence and the security to be themselves?This was the most difficult part of the book to write, to look at one’s own privilege. I think it is the obligation of anyone with any kind of privilege in today’s world, to share it. If you have a platform, share it. This is something I learnt from Divya Kandukuri, founder of Blue Dawn [a support group for Bahujan people seeking mental health services]. When she was asked this question at the Godrej Culture Lab, she said we all have to participate in creating an equal world, that intersectionality is key. It’s not just queer people who have to work toward create a more equal Indian society, it is straight people too. So it is up to us to recognise whatever privilege we have and use it in whatever capacity to help create a more inclusive society.

Q. You’ve also quoted the 2014 World Bank report that shows homophobia comes at a huge economic cost for companies. From your own experience at Godrej, how does a culture of equality for LGBTQ individuals foster more innovation at the workplace?Because I was embraced by Godrej, I could suggest many ideas, whether it is the Culture Lab, or the Live Out Your Dream (LOUD) programme [which helps youngsters from B-schools to realise personal dreams by helping with finances, mentorship as well as a pre-placement offer]. There are journeys of people like Anubhuti Banerjee [who identifies as transgender] who has really done wonders at Tata Steel, be it coming up with new ideas or developing and delivering new projects. Unfortunately, we do not have enough studies in India yet, so I have cited the [2018] report by Deloitte Australia, which suggests that organisations with more inclusive cultures are 2x more likely to meet or exceed financial targets, 6x likely to be more agile and innovative, and 8x more likely to achieve better business outcomes.

Q. Another global Accenture report, ‘Getting to Equal 2020: Pride’, suggests that 57 percent LGBTQ employees believe gender expression slows their progress at work, and the number of people comfortable opening up about their identities slows down as they reach leadership positions. How can organisations be safe, non-judgmental spaces for their LGBTQ employees?Organisations have to be comprehensive and cannot have a piecemeal approach. The time for that is gone. With even gender, women have been told for decades now that “First we’ll do this and something else later”. Organisations need to commit that they are all in with inclusion.

Having policies is standard now. They need to do two other things: First, they need to actively hire LGBTQ people, whether from colleges or job fairs, and have them around you. Second, it is also vital that queer people are involved at senior and decision-making levels. For example, Zainab Patel of KPMG is at a senior level, so she can directly influence strategy in KPMG in a way that any other employee who is just starting out may not be able to do.

Q. Would having queer people at the senior level also be important because many companies right now might possibly restrict LGBTQ individuals, especially transgenders, to certain roles, profiles or entry level positions?The truth is that queer people exist at all levels and need to be placed at all levels, especially if they are trans people. About 50 percent of transgender people do not finish Class 12, not because they do not want to study, but drop out because they have been bullied or discriminated against in school. I think hiring should happen at all levels, and with great intent. It is common for many companies to give their hiring consultant a mandate that 50 percent of their candidates should be women. I think it’s time for companies to say, “Please show me some LGBTQ candidates too, because we want LGBTQ people in our board rooms.” That will make a huge difference.

Q. What are the biggest steps companies have taken when it comes to leading by example, and what are the shortcomings?Hats off to the early adopter companies like IBM and the Lalit Group of Hotels, which have led the way and walked the talk. When it comes to LGBTQ inclusion, companies are one big family. We are not competing, but collaborating. Hindustan Unilever and Godrej, for example, compete in the market, but we are always talking to each other and sharing best practices when it comes to diversity and inclusion. Companies have realised that they need to change and they can do that by working together. We saw this also in the Covid-19 response, when queer NGOs, corporates and state governments, all came together to help, working across institutional silos. Another big positive is that industry bodies like Federation of Indian Chambers of Commerce and Industry (FICCI) and Confederation of Indian Industry (CII) have taken up the mandate of LGBTQ inclusion, and they can influence even the small and mid-sized companies in their network.

To me, what is negative is that a lot  of companies still think that being LGBTQ inclusive is only just putting one rainbow filter and logo [on social media] and not investing in work on the ground. I’m all for talking about what you’ve done, but after you do it.

10,167
Thank you for your comment, we value your opinion and the time you took to write to us!

Tweets by @forbesindia
Prev
'Make it too costly to be sexist or racist to see progress'
Next
Patriarchy rules politics too, but these women want to change that