'Politics should be the lifestyle of every single person': Hajer Sharief

In the first instalment of MissRepresent, Libyan human rights activist Hajer Sharief speaks about politics on India's college campuses, the need for more women in legislation and why people need to speak up against religious exclusion 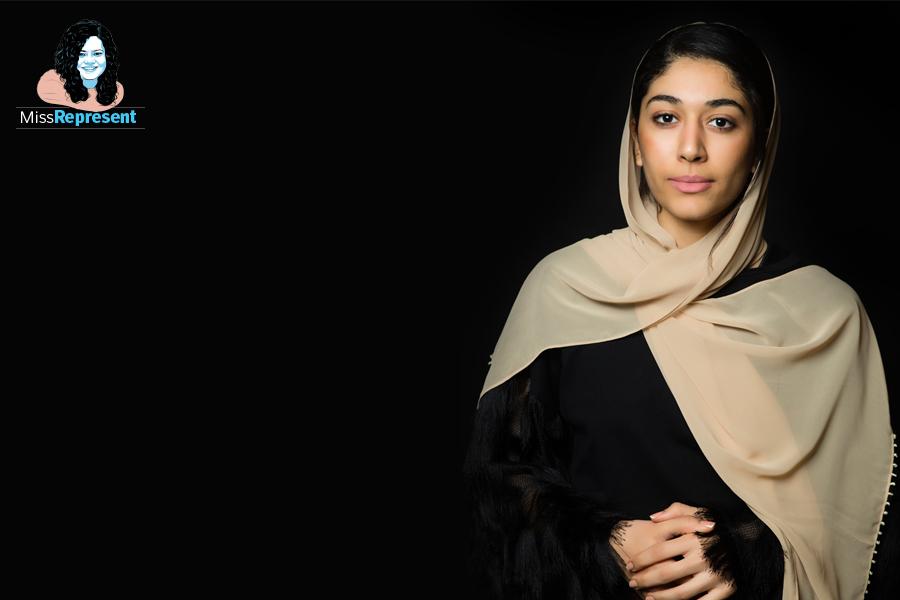 MissRepresent is a fortnightly blog about news and trends, told through the lens of gender and sexuality. It will regularly feature incisive commentary, and voices of women whose work extends within and beyond the realms of gender justice

From wanting to become a surgeon, like the protagonists of her favourite TV series Grey’s Anatomy, to combating violent extremism by improving political participation of women and the youth, Hajer Sharief has come a long way. She was a 19-year-old medical student in Tripoli, the capital of Libya, when the hospital nearby ran out of staff to manage casualties of the ongoing civil war. She worked at the hospital for over a month, and at the end of it, was clear about one thing: Revolution and change is all good, but people first need to actively participate in building the democratic system they wish for. She co-founded Together We Build It, an organisation working for human rights, gender equality and political participation, especially of the youth.

Sharief, 27, was nominated for the Nobel Peace Prize alongside Ethiopian Prime Minister Abiy Ahmed Ali [who won] and Swedish teen climate activist Greta Thunberg last year. She was in Mumbai recently as a speaker at TEDxGateway, and in an interview with Forbes India, spoke about the resurgence of politics in educational campuses across India, the need for more women in electoral decision-making, and why people need to speak up against religious extremism and exclusion. Edited excerpts:

Q. There is a re-politicisation of students and educational campuses across India. What can the youth teach their elders about politics? Previous generations did not have many direct mechanisms to influence political systems or decision-makers. Sometimes, this led to revolutions where the established political order was overthrown.

The context has changed now. Social media, for example, has a tremendous impact on politicians and the establishment. Until recently, young people were not interested in voting or in understanding what was going on. But now, they are finding their voice, conveying their opinions collectively and putting pressure on politicians to sit up and take notice.

In order for young people and upcoming generations to make a sustained impact, we have to go beyond just using social media. We need to get into political office ourselves, or interact with politicians directly to impact the decision-making process.

Q. What is your take on the ongoing civil protests in India against the Citizenship Amendment Act and the National Registry of Citizens that many believe are not secular?
Politicians might create legislation with their power, and support from their party members and sometimes even the law. But just because something is legal, does not mean it is right. People need to ask—if this is to impact me or my loved ones negatively, what would I have done? If a piece of legislation is something that is based on exclusion, even if it is allowed legally and embraced by society, it can be turned around against anyone. Right now, it is against a specific group, tomorrow it might be you.

According to me, when people accept exclusion, they are taking a risk and a gamble with something that might be used against them too.

Q. In the age of religious extremism, how can politics be more inclusive?
The political systems, especially with the recent wave of polarisation, seems to be focussed on putting one group or community against another. People are pushed into corners where they need to take sides. That’s where one must prioritise moral values.

One way to tackle this is that people—whether they vote or not—need to start calling for transformation on how politicians do their jobs. Politicians could have ideologies, but their jobs should not only be driven by that.

A politician is a facilitator in making political decisions for the collective community. Those decisions will have to be inclusive and based on a consensus. The idea for us is to look at what politics should be, and not what it is today. Politics should be for the people and for the benefit of all, and not a certain group or a certain ideology. When polarisation wins and when there is one party or one person making decisions for the entire country for years, then there is no way to ensure inclusion.

Q. You’ve been pushing for equal representation and rights for women. In India, women occupy just 78 out of 542 seats in the Lower House of the Parliament, and only three of them are Cabinet Ministers. What needs to be done?
It’s a million dollar question. Legislation, on paper, says that it does not discriminate and that women have an equal chance. Reality is a different story. There are historical, cultural factors, stereotypes and a whole machine manufacturing different reasons for women to not run for elections or occupy office. It seems like one might have to restart the world—the same way you restart a computer—from scratch to achieve full gender equality.

As of now, there are special measurements like reserved seats or quotas manage to get women into the room, and it is being proved that just the presence of women in the decision-making process will make it more dynamic, inclusive, and bring different perspectives on the table. Women in political office do not have an easy job either. While you are competing with male colleagues whose sole focus is politics, you are also fighting another full-time fight for gender inclusion, not only inside the establishment, but also outside of it.

Q. How can legislators consider who people really are and what they really need before making decisions for them?
For many, politics is a very ‘technical’ thing, and even people with opinions cannot always channel them in a way that will affect the decision-making process. In my opinion, that is one of the flaws within our political systems. This causes a gap between the executive and the legislature, and the people. So once decisions are taken, regardless of who they represent, there will always be groups that will be excluded, whose priorities and needs are not taken into consideration. The law might even be contrary to what they really want.

Politics should be the lifestyle of every single person. Government or legislative bodies are not separate from people, and their decisions, be it in terms of taxes, healthcare or foreign policy. So people should really be aware of how the government spends money and what decisions they make on behalf of the people.

Q. But how can people be more aware and equipped to influence the system?People do not need to be full-time activists to make a change. They just need to mainstream human rights and practice equality in everything they do, including their everyday jobs. When we talk about human rights, people always think it's the responsibility of governments, but it's also the responsibility of businesses.

For example, I recently joined the Lenz & Staehelin law firm, with whom I collaborate on different activities including business and human rights. This is to say that there is no field where one cannot consider human rights. It is very important for ordinary people to understand that in order for them to change the world for the better, they can promote human rights wherever they are--at their workplaces, in their homes and at school.

4,901
Thank you for your comment, we value your opinion and the time you took to write to us!