The Harder-Hit Half: Why India needs a gendered approach to Covid-19

As the government struggles to tackle the health crisis, experts say that a gender-sensitive approach, right from data collection to response planning, will achieve larger goals 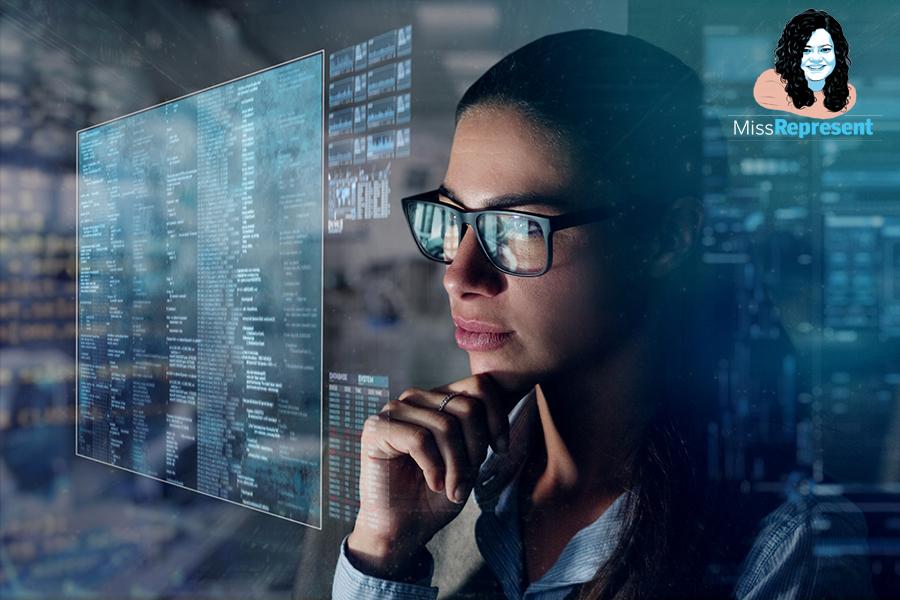 What do countries with some of the best response strategies to the coronavirus have in common? What links New Zealand, Germany, Norway, Iceland, Taiwan, Finland and Denmark? All these regions are led by women: These leaders have adopted a holistic and honest approach toward stemming the havoc wreaked by the pandemic.

In a policy brief released earlier this month, titled ‘The Impact of Covid-19 on Women’, the United Nations highlighted that women in leadership roles or having equal representation in the decision-making process results in more effective, holistic outcomes. In another report, titled ‘Emerging Gender Data and why it matters’, the US-headquartered organisation urgently called for a “whole-society approach” to understand how the coronavirus is likely to impact women and men differently, with the fallout being worse for the former. “Supporting gender analysis and sex-disaggregated data is an integral part of a strong Covid-19 reponse,” the report stated.

According to economist Mitali Nikore, the government in India is primarily focussing on collecting health data at the moment, but even understanding pre-existing patterns of economic data provided by the Periodic Labour Force Survey (PLFS) or the National Sample Survey Office (NSSO) would indicate that women are likely to feel a compounded economic impact given that they are generally earning less, saving less, holding insecure or informal jobs or living closer to poverty compared to men.

Other factors impacting women, she explains, is increasing gender-based violence due to extended lockdowns and social isolation, and lopsided burden of unpaid care and domestic labour that threatens to revive traditional gender roles. “Having a gendered approach will actually help the government target beneficiaries more efficiently and design holistic schemes,” she says. 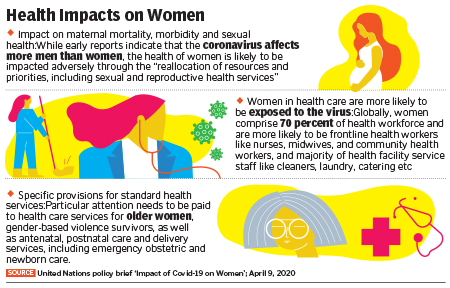 According to Lekha Chakraborty, an economist and professor at the National Institute of Public Finance and Policy (NIPFP), India’s approach to public policy while framing a Covid-19 response is taking a sequential, rather than a simultaneous, path. “While you are attending to public health, you also need to parallelly look into, say, migration, jobs, livelihoods etc,” she says.

Experts suggest that applying a gender lens while designing stimulus packages or schemes will help achieve greater socio-economic equality and opportunity. According to Nikore, the government’s immediate focus must be to provide higher wage subsidies for women across formal and informal sectors. “Even the government’s announcement of paying 24 percent EPF support is applicable only for people earning below Rs 15,000 per month. This proportion can be increased by 10-15 percent, while replicating the same in the unorganised sector,” she says. 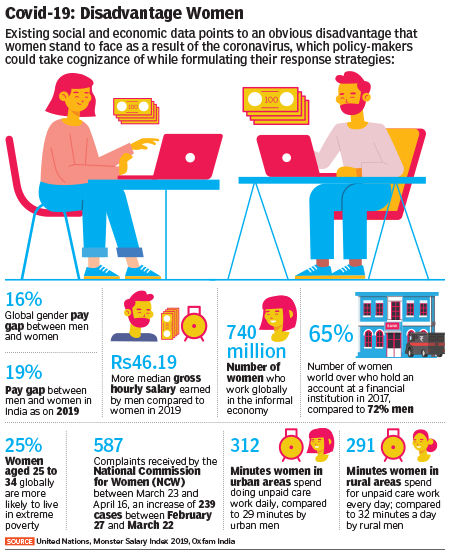 Right now, the government provides income support to women whose accounts are linked to Jan Dhan accounts. “Income support can be announced to women across self-help groups, even if they do not have a Jan Dhan account. Second, women who have lost jobs should be provided unemployment benefits and access to reskilling programmes,” Nikore says.

Gurugram-based data marketplace Aiisma, whose app uses location-sharing and health mapping features for contact tracing, has collaborated with the European Business University of Luxembourg to create a data-mapping questionnaire and algorithm around Covid-19. According to Aiisma founder Ankit Chaudhari, this data will be gender disaggregated as, in the longer term, that bifurcation is essential to understand consumer behaviour and decision-making, as well as to take well-rounded decisions for the revival of the economy. “Such data, however, might be difficult to gather—especially for private players—given that not all women have access to technology or presence on platforms like ours, and conducting on-ground surveys is not possible right now,” he says.

Chakraborty of NIPFP points out that it might also be difficult to collect and process gender disaggregated Covid-19 data because of the heterogeneity of India’s population and because the country has not undertaken aggressive testing yet. But to design comprehensive, gender sensitive public health metrics, she says one can take cues from the International Classification of Diseases (ICD) codes of the World Health Organisation. The economist also points to the need to ensure women have equal representation in decision-making related to the coronavirus. “Diversity in perspectives is crucial to stem the pandemic. Giving priority to women’s perspective will strengthen policy outcomes,” she says.

The World Economic Forum, earlier this month, made a point similar to Chakraborty’s. In an article, it stated that 70 percent of the world’s health care staff is made up of women, but only 25 percent of global leaders are female. Without women considered or involved in decisions, their issues could fail to be addressed throughout the crisis. “As new Covid-19 cases emerge daily, we have no time to lose. Prioritising women’s voices in the response will set us up for a more equitable, healthier future while saving lives today,” the article states. “This isn’t just a question of parity, it’s urgently needed.”

13,028
Thank you for your comment, we value your opinion and the time you took to write to us!