Women hold 17% of board positions in corporate India, but only 11% leadership roles

The Companies Act, 2013, makes it mandatory to have at least one woman on company boards, but the increase in gender representation on paper must translate into practices and culture, says a new report 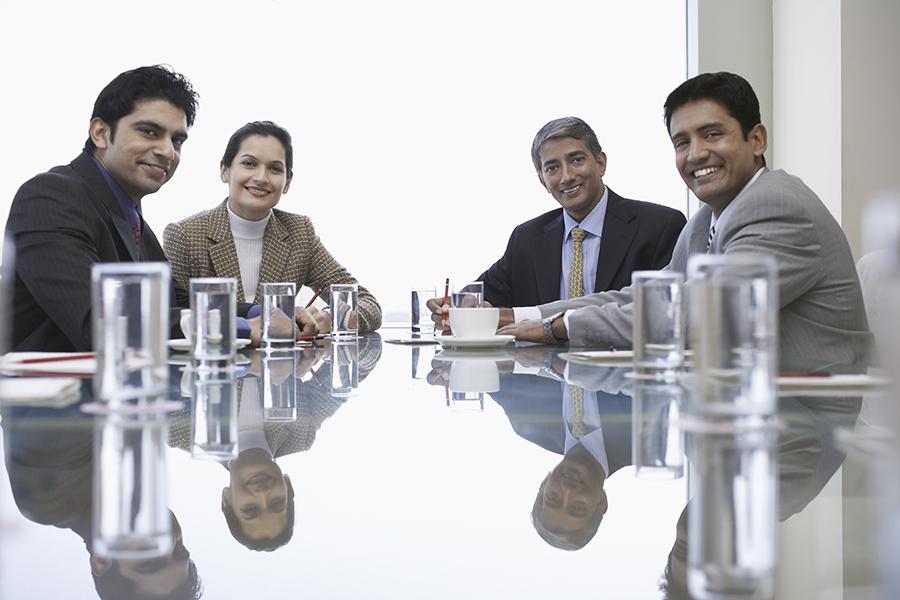 The good news first: India fares better than its Asian counterparts when it comes to diversity in executive and non-executive roles in corporate boardrooms. While women in India occupy five percent executive chairs and 10 percent non-executive chairs, the numbers stand at 2.6 percent and 5 percent respectively in Asia. Around 23 percent large company boards in India average at least three women, up from 10 percent in 2018.

The Egon Zehnder Global Diversity Report 2020, released on Tuesday, also shows that women currently hold 17 percent board positions in corporate India, an increase of 8.6 percent since 2012. At the same time, women lag behind when it comes to leadership posts in company boards. The report indicates that only 11 percent committee chairs are held by women, while the number stands at 27.3 percent globally.

“One of the main reasons you have better representation on paper is because regulations in India require public companies to have at least one female director,” says Pallavi Kathuria, managing partner, Egon Zehnder, a global management consulting firm. “The mandate here is to check boxes, but counting women on boards is just the first step. We need to make their presence count in a way that companies are able to reap the benefits of diversity.”

The report analysed data from 1,685 companies across 44 countries with a combined market capitalisation of $48 trillion, including 48 companies in India. The legwork included analysing data and board compositions of listed companies, and interactions with female board members in India to understand their experiences and suggest ways forward accordingly.

“I’ve always found myself being the only woman on many boards. In fact, I was the first woman in 90 years to be the president of Assocham, the apex chamber of commerce,” says Swati Piramal, an independent director on the board of FMCG company Nestle India, in one such interaction with Egon Zehnder. “It’s very difficult to be the first and the only woman on boards and bring a different perspective.”

Explaining why greater workforce participation from women matters, she talks about how a scientific R&D centre [at the Piramal Group], which was “overwhelmingly male” earlier, now employs more than 50 percent women. The difference women bring to the table, according to Piramal, is having a direct, solution-oriented approach to complex situations, asking important questions about protecting and nurturing the consumer, and being careful about not repeating mistakes of the past. “Similarly, that’s the question we asked at Nestle. Since our consumers are overwhelmingly female, how do we make our board look more like our consumer?”

Agreeing with Piramal, Kathuria says that apart from the economic benefits companies will receive by approaching their consumer base armed with gender-diverse perspectives, there will be improvements in a host of non-financial indicators too. Among these include creating safer and more inclusive workplaces, providing more flexibility and leadership opportunities for employees. “If a company has favourable gender diversity practices, more middle-level leaders are likely to take on executive roles. Progress will be not just top-down, but also bottom-up.”

Around 96 percent of the companies surveyed in India have at least one woman on board, in line with the requirements of The Companies Act, 2013. But the report observes that bridging the gap between paper and practice requires a boardroom to have at least three under-represented voices. As per its survey, 18 out of 44 countries [up from 13 in 2018] have an average of three or more women on the boards of their largest companies.

Out of the 18 countries, eight are governed by regulations for the minimum number of women on a corporate board. In India, 23 percent of large companies have at least three women, up by 10 percent since 2018. That said, about 20 percent female directors in India hold more than one board seat, compared to eight percent men.

Companies need to have a ready pipeline of board candidates who can take charge, Kathuria says. “One way you can achieve this is by getting to know more women outside of the 20-odd percent who end up being on multiple boards. Companies have to be committed to replace an outgoing male board member with a female, and make an effort to meet and know more women out there who have potential.” Women accounted for 16.3 percent of the new board appointments in India in 2020. Globally, around 30 percent new board appointees were women, up from 27 percent in 2018.

To promote diversity and inclusion, expanding the size of the board could also be considered. In India, the average board size is 11 members, and the average number of women per board stands at 1.9. “Expand the size of the board and fill the additional seats with women,” Kathuria says. “We can also add new roles. For example, create committee vice-chair positions for women, or create other positions of authority. So once they’ve got that experience, they can also chair the board in the future.”

11,848
Thank you for your comment, we value your opinion and the time you took to write to us!