While there are several initiatives to push digitalisation around the world, there may be some archaic policies standing in the way. 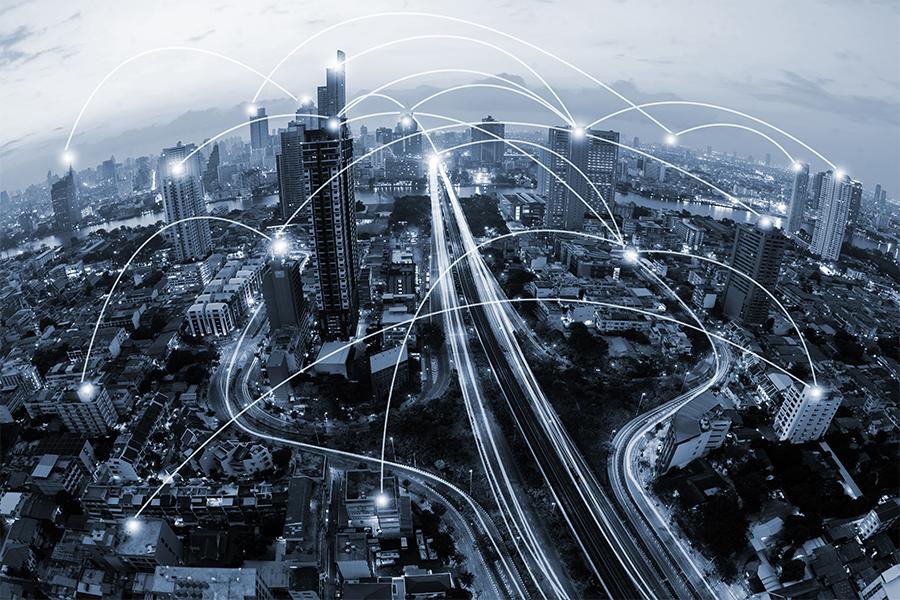 According to research published in June 2017 by the United Nations Broadband Commission, there are policies and regulations in the world today that are helping advance digitalisation, yet others which are slowing it down or even blocking it. The report says that there is no room for complacency when it comes to driving the digitalisation agenda, and demonstrates how countries need to think hard about making the regulatory environment conducive to digital progress to have a lasting impact on the gross domestic product (GDP), jobs and innovation and to realize the digital dream.

So what do we mean when we say a policy is “blocking” digitalisation? We refer to any specific policy or regulation that hinders the introduction of digital technology, or plain stops it. Often times such regulations pre-exist the digital age, and without reform, remain as blockers, and other times governments introduce new rules which get in the way. Here are a few examples:

•    Indonesia has a stated target to provide digital literacy to its population, yet there is no specific program to encourage farmers to use digital technologies

•    Numerous countries do not allow customer financial data to be processed outside their borders, blocking disruptive e-commerce players from overseas to enter such markets unless they host their payments platforms locally

•    Some countries which block disruptive internet-based services such as AirBnB (Barcelona has imposed restrictions) or Uber (numerous countries in Asia and Africa have blocked it) – often the blocking is happening for understandable reasons, such as to promote responsibility or to reduce local tax evasion, but in most cases blocking the service altogether also impedes progress 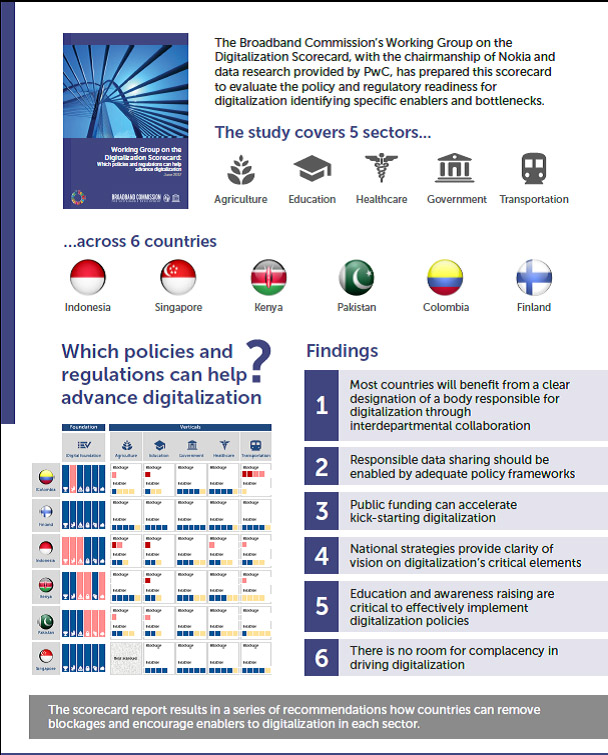 What’s interesting about this topic is that whilst there is much talk about “digital” in connection to almost any industry, most of the discussion has centered on technology, solutions, innovation and business and operating models. Few have stopped to think in about the policy and regulatory environment that needs to be in place to be conducive to digitalisation scaling up, yet this is of course so central to enabling progress.

The UN report talks about 6 fundamental findings around advancing digitalisation:

1.    Most countries will benefit from a clear designation of a body responsible for digitalisation through interdepartmental collaboration – in other words, a “champion” for digitalisation in a country is an absolute must, and ideally this champion should have a vision and should be empowered to make things happen across government

2.    Responsible data sharing should be enabled by adequate policy frameworks – in other words, the government must focus on supporting data sharing to work – for example in the health industry where EHRs are key to enabling more flexible and informed patient care

3.    Public funding can accelerate kick-starting digitalisation – meaning that government can fund a little, but doing so smartly can result in a lot being funded by the private sector

4.    National strategies provide clarity of vision on digitalisation’s critical elements – vision is important because digitalisation doesn’t happen automatically.  For example, Singapore, which has successfully stuck to a digitalisation agenda for over a decade, and now can boast of a plan to become a “Smart Nation”, whereas ten years’ ago it was focused on building smart infrastructure

5.    Education and raising awareness are critical to effectively implement digitalisation policies – this is important not only in industries but also within government itself.  Colombia has a targeted program to educate civil servants in using digital tools and technologies; the Access to Information initiative of the Bangladesh Prime Minister’s Office recently ran a campaign across all 64 divisional headquarters to encourage government officials to start using email

6.    There is no room for complacency in driving digitalisation – indeed not.  Even Finland and Singapore, the two most advanced in digitalisation in the UN’s digitalisation scorecard, cannot stand still since if they do, with technology advancing rapidly, they will fall behind. Case in point: Finland still hasn’t adopted comprehensive standards regulation for autonomous cars and as a result, there are some limitations to running self-driving car pilots.

The report, prepared under the Digitalsation Working Group chaired by Nokia and with data research conducted by PwC, is available here.

11,270
Thank you for your comment, we value your opinion and the time you took to write to us!

Tweets by @forbesindia
Prev
India must break out of its internet connectivity conundrum
Next
Is Uber a passing fad?