Bangladesh could show India the way in 3G 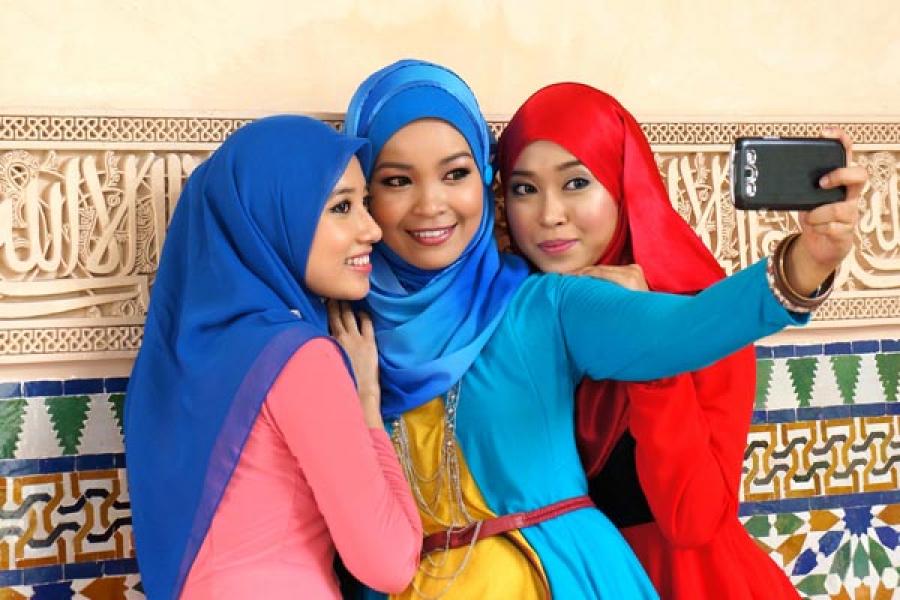 Young girls taking a picture on their smartphones. (This picture is not necessarily from Bangladesh, its merely a contextual image to reflect how young girls in South & Southeast Asia now fancy smartphones)

Absurd as it may seem, Bangladesh might soon lead India in the adoption of 3G: the spectrum is cheaper, 3G networks are ready to be rolled out and smart phones are more keenly priced.

Bangladesh held its first 3G spectrum auction in September. This was a much-awaited event, but one which lasted only a couple of hours. In contrast to the 3G e-auctions in India which lasted five weeks, Bangladesh’s was a simple shout-it-out affair held in a conference room at a five-star hotel in Dhaka. Grameen Phone, a subsidiary of Norway's Telenor Group and the largest operator with over 40m subscribers, walked away with 10 MHz nationally for $210m, while Banglalink (a subsidiary of Russia’s Vimpelcom), Airtel (of India) and Robi (a subsidiary of Malaysia’s Axiata and NTT DoCoMo of Japan) took 5 MHz each, with each bidder paying $105m.  Teletalk, the Government-owned operator, had been awarded spectrum earlier.

$525m was spent in all, which is about 1/30th the $15billion spent in India's 3G auction of 2010.  Given that India has 23 circles, roughly speaking the Bangladesh auction raised the amount represented by a single circle in India's auction.  That represents comparatively good value, given that Bangladesh is a fast-growing market of 160m population and is equivalent to about three Indian circles, including one metro, as a telecoms market.  Credit in part goes to the chief of the BTRC, Bangladesh’s telecom regulator, who made sure that the reserve price was reasonable and that Government’s fiscal concerns didn’t hijack the agenda.  This holds the Bangladesh auction in stark contrast to the heady fiscal objectives that were paramount in the Indian auctions held three years' ago.

The bidders all got the spectrum they desired also, and the range of 5MHz to 10MHz taken contrasts to India where no operator found it worthwhile to take nationwide spectrum, and for the circles where they did, they only took between 4-5 MHz.  India remains relatively spectrum-starved for high-speed mobile data compared to most countries, including Bangladesh.

But cheaper access to spectrum, and more of it, are just two reasons why Bangladesh may outdo India’s lacklustre beginnings in 3G. Consider the following:

The first few reasons point to how initial adoption of 3G might be quicker, but the last three reasons indicate the potential for Bangladesh to outdo India in data services uptake altogether. Three years into India's 3G story, data services usage is still only just picking up. Admittedly growth has been impressive this year with 3G usage doubling since last year. But this growth is on a small base, and is only at pace with smart phone penetration (which has also doubled in the past year).  In other words, 3G usage is "rising with the tide", and no operator is showing that it can outstrip handset penetration to show a true shift towards data services use by its customers.  Without industry-wide collaboration to drive significantly higher data use, and the widespread adoption of mobile-enabled services such as money transfer, the success of India's data story cannot be assured.

Certainly Bangladesh's preconditions seem to be positive for quick data services growth.  If money and other mobile-enabled services pick up, data usage could become a real long-term force for democratisation.  This country may be minnows when it comes to sub-continental matters such as movie-making or cricket, but when it comes to 3G Bangladesh may just show its bigger neighbour the way.

14,407
Thank you for your comment, we value your opinion and the time you took to write to us!

Tweets by @forbesindia
Prev
Dear Marketing Executives - "Average" the Needs of Indians at Your Own Peril
Next
Is it Diwali time for India's beleaguered telcos?