India’s first Price War was fought on voice and second Price War will be fought squarely over data. 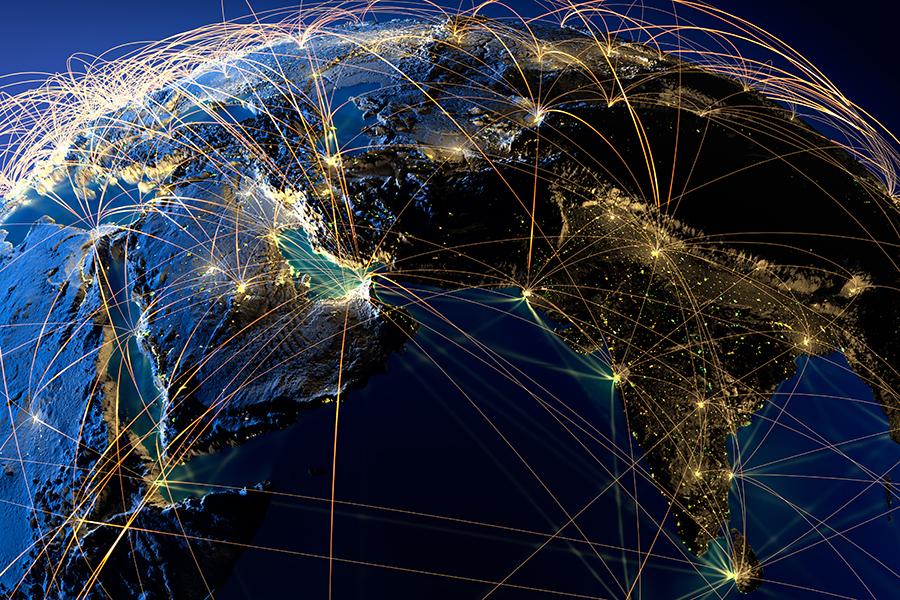 India has among the world’s lowest data communications tariffs.  With the entry of Jio to the market in late 2016, prices per MB have been set up to fall even further over the next few years, forecast by PwC/Strategy& to reach 5 paisa (less than 1 US cent) per MB by 2024 (see graph below). 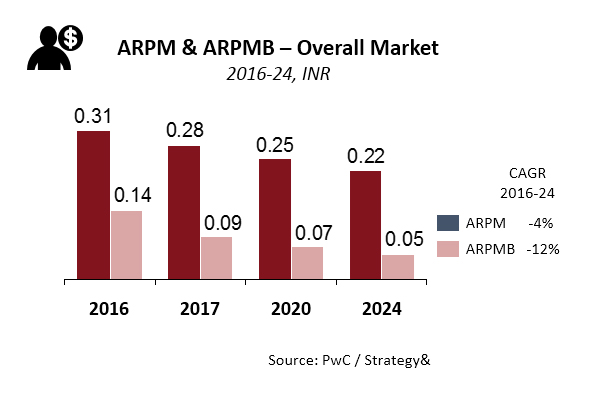 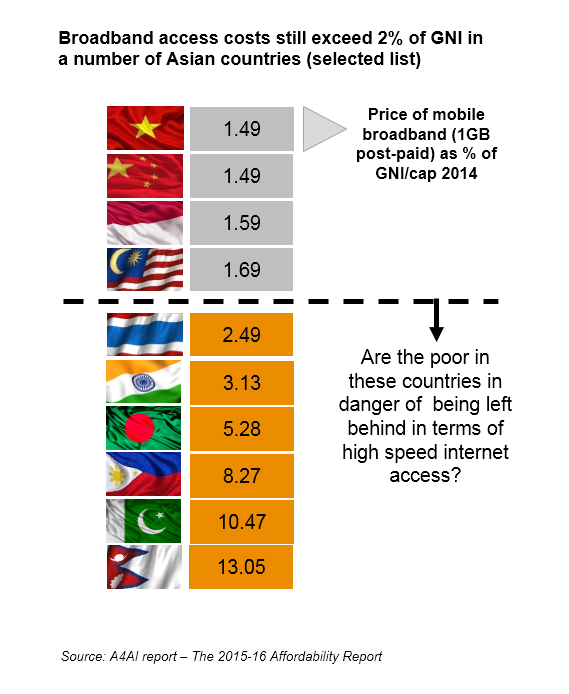 But in India, the world’s lowest data tariffs are not resulting in the world’s most connected society.  However low data tariffs are going in India, because of the vast numbers of people living at the “bottom of the pyramid” in extreme poverty, India doesn’t seem to be able to catch up with other Asian countries when it comes to progress in democratization of the internet.

The problem is one of affordability.  In a country with 1.1bn phone connections, 85% of these still run at a monthly spend (Average Revenue per User) of below INR 150, i.e. less than USD 2.30.  The sheer size of this poverty class in India is so large that many (too many) do not generate sufficient disposable cash on a monthly basis to afford a smartphone as well as use standard voice services and access the internet.  A good way to look at internet affordability is to examine “internet incentives”, that is the relative affordability of internet against average disposal income.  The diagram below shows how in India a standard basket of broadband connectivity costs in excess of 3% of Gross National Income, whereas in China, Vietnam, Indonesia and Malaysia the same bundle of data connectivity costs well under 2%.  Others are in an even worse situation than India: spare a thought for Nepal, where the said internet bundle costs 13% of average GNI per capita.

But India’s poor need not remain in perpetual despair.  Firstly, market competition is kicking in again.  Following the First Price War fought in 2009-2011, India is entering its Second Price War now hot on the heels of Reliance Jio’s dramatic entry to the market.  Whereas the First Price War was fought on voice, India’s Second Price War will be fought squarely over data.  Competitive intensity will continue to come to the assistance of the poorest in Indian society, if not to the healthiness of India’s beleaguered mobile operators who face ever-declining operating margins.

In addition to market dynamics, there are policy and governmental interventions available to India that some other countries have been using effectively, which could help spread internet affordability.  Organizations such as the Alliance for Affordable Internet (http://a4ai.org/) are advocating many of these, with great passion and commitment.  Here are six simple intervention tools (not exhaustive) for policy makers and government officials to consider for solving the conundrum of internet affordability to the poorest in India:
1.    Create internet investment incentives (e.g. tax reductions for rural internet connectivity production, proactive use of the universal access funds which are often sitting idle
2.    Encourage a stronger policy framework for sharing telecommunications infrastructure as well as spectrum, a scarce and prohibitively expensive asset
3.    Increase awareness and collaboration among public utility providers (e.g. transport and energy companies) to build fiber backbones and provide connectivity access
4.    Encourage better local to central government coordination to ease up rights of way for building critical infrastructure around the country
5.    Encourage neutral licensing, achieved in India but not yet the case in some other countries
6.    Encourage innovative business models, such as Reliance Jio which is promising 4G nationwide, Firefly Networks which is fostering inter-operator collaboration on WiFi across India, and Google Fi which is promoting public private partnership in WiFi connectivity across public locations across the country.

12,782
Thank you for your comment, we value your opinion and the time you took to write to us!

Tweets by @forbesindia
Prev
Is China being taken for a ride?
Next
Advancing digitalisation with key policy support