Is Uber a passing fad? 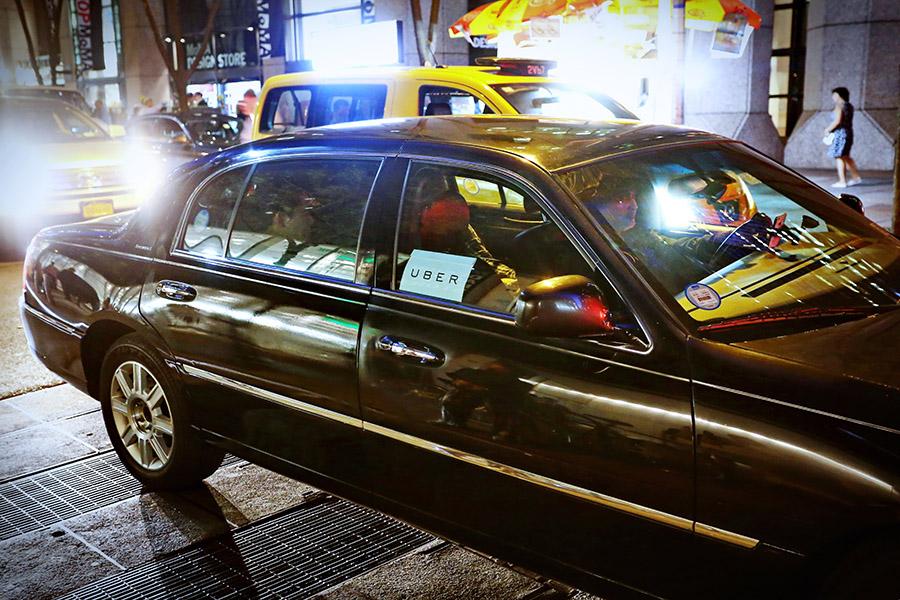 The numbers associated with Uber’s inexorable rise over the past few years are mind-boggling. Take your pick of the mouth-watering stats that show how the ride-hailing major has revolutionized transportation in recent years:

Uber has not only won over the hearts and minds of hordes of passionate users, but in doing so has bitten off significant chunks of business from the traditional taxi segment.  In New York City, for example, between May 2015 and September 2016 the number of Yellow Cab rides hailed daily fell from 400,000 to 300,000, and in the same time period the number of rides booked via the Uber app rose from 100,000 to 200,000.  Eerily, the rise of Uber across many cities closely matches the corresponding falls in taxi use, just as it does in the Big Apple.

But whilst analysts wax lyrical of how ride-hailing businesses such as Uber, Lyft, Didi Xuching and Grab are disrupting the taxi industry, and attach lofty enterprise valuations to boot, few seem to be questioning what is needed to ensure these companies’ longevity.  This is an important point, since whilst the segment grows quickly it needs long-term profitable revenue to emerge from the initial loss-making years into profitability.  All that is key to securing the investment needed for the journey ahead.

Insecurities abound with ride-hailing companies.  Many have faced challenges with respect to regulation, where authorities either ban or suspend operations due to a failure to respect rules or to an interpretation by authorities that the service is subject to licensed taxi industry regulations.  This has been the case recently with Uber in London, Sheffield and York, all UK cities which for different reasons have found Uber’s operations in breach of regulations or laws.   There have also been disputes, typically due to high profile passenger or vehicle related incidents, such as a passenger assault by an Uber driver in India last year, or an autonomous vehicle accident in the US.  In addition, ride-hailing companies have stumbled over driver exploitation claims and, oddly, a host of HR-related scandals.  All of these events have the impact of denting ride-hailing business confidence and can distract the near-term growth trajectory.

But in my mind there is a more strategic challenge that raises the question of whether the ride-hailing industry is real or fad, and this concerns whether the industry can find a stream of profitable revenue which it can defend long-term from being taken back by the traditional taxis it has disrupted.  What do I mean by this?

Well, in its basic form the ride-hailing industry provides you, the passenger, with an alternative to booking or calling a taxi or renting a car, which is to use an app on your smartphone to ride-share in someone else’s car, having ordered it on the spot and agreed a reasonable price for the service in advance, and even paid for it digitally.  This ride-hailing service typically provides at least two huge benefits: immediacy, convenience and transparency in ordering, and (usually) a cheaper fare.  As long as these core advantages sustain, it is likely that the Ubers of this world will continue to thrive.  But will such changes last?  Isn’t the taxi industry going to evolve its service model to provide such benefits to customers anyway?

Let’s think about the two advantages one by one.  In time, taxi firms should be able to improve the convenience and immediacy of ordering cabs by developing customer apps themselves.  Once they do, they can build in rider ratings and other forms of repeat customer engagement, such as rewards.  It might come across as surprising that taxi firms haven’t moved on this already – since they are losing so much business and it isn’t an insurmountable task to create a digital customer experience.  I have tried using taxi company apps in Singapore and Brisbane, and in both cases the user experience was disappointing, offering nowhere near the engagement of Ola’s excellent ride-hailing app in Mumbai or Go-Jek in Jakarta, for example.  Likely the taxi firms haven’t gone down this path yet because they have been trying to block the rise of ride-hailing and its digital tools, rather than embrace and compete on the same terms. But there is no long-term reason why this won’t change, and it is likely that taxi firms will ultimately provide good apps and an experience for customers.

Secondly, in time taxi firms will also change their pricing models to reflect the “surgonomics” (please consider that term patented!) of Uber – in other words, to charge depending on time of day and other factors rather than fixed fees regardless of such factors.  Today most taxi firms charge fixed fees based on the archaic regulations of metropolitan authorities, subjected to revision only once every few years.  In time, there is no reason why such rigid pricing regimes won’t be replaced by more fluid ones that are analogous to other regulated transport industries such as airlines.  Again, the reason why the taxi industry hasn’t embraced flexible fare models yet is because they have instead been lobbying to outlaw ride-hailing and its pricing models, rather than embrace it and compete.  This has been a rational initial reaction to protect margins, but taxi firms will (rationally) relent once they accept that industry pricing paradigms have changed in customers’ minds.

So, imagine a world where you can order a taxi cab over an app, and pay according to time of day and demand characteristics and that it is all part of an engaging, digital experience.  Would you still use Uber?

Maybe, since Uber draws upon a pool of available vehicles that is larger than most cab firms’, meaning that in theory the service should be able to provide better and quicker availability.  Once outside a busy city center area, ride-hailing solutions for now may continue to be preferred since public taxis may have far less penetration in such areas than ride-hailable vehicles.  But once the pricing for taxis becomes more flexible, it is also likely that taxi drivers will congregate in locales according to demand, just as Uber drivers do, so the availability differences will diminish.

And maybe not.  After all, your taxi driver is more likely to be driving a cab which is customized for taxi use, where the driver has been trained in serving customers and navigating around the city, and where the driver’s been through some sort of registration process whereby it is far less likely they will commit crimes against the passenger.  Taxis in many cities also provide wheelchair access, whereas ride-sharing vehicles would seldom do so.  And due to the Uber effect, taxi firms are already merging into fewer, larger ones with bigger car pools; and many cities have licensed taxi cabs in large numbers anyway (such as New York, London and Hong Kong, for example).

Ride-hailing has done one remarkable thing: it has brought pressure upon the taxi segment to liberate itself from archaic and monopolistic practice and bring customer service levels up to the expectations of the twenty-first century, digitally connected customer.  Taxi companies haven’t caught up yet, so ride-hailing still has time to enjoy an advantage and build businesses while this gap exists.  Given the woeful service standards of taxi associations in some cities (I won’t name any, but there are many!), there is much to be done.  But to sustain the ride-hailing business model beyond initial growth, the disruptors need to find other ways to protect revenue.  This requires doing more to innovate into services which others cannot easily replicate or take back.  This is where new services, such as to provide food delivery, home massage or laundry collection, or other logistic support, becomes interesting since the services are creating distinct new business offerings which never existed before rather than disrupting existing models which can fight back.

Given that Uber lost USD 645m in Q2 of 2017 (its quarterly losses are declining gradually), the race to scaling and securing such non-taxi ride revenue looks like it will heat up as soon as the taxi cos get their act together.

18,977
Thank you for your comment, we value your opinion and the time you took to write to us!

Tweets by @forbesindia
Prev
Advancing digitalisation with key policy support
Next
Too big to solve: Facebook's search for the perfect algorithm