Why Google chose India to launch Android One 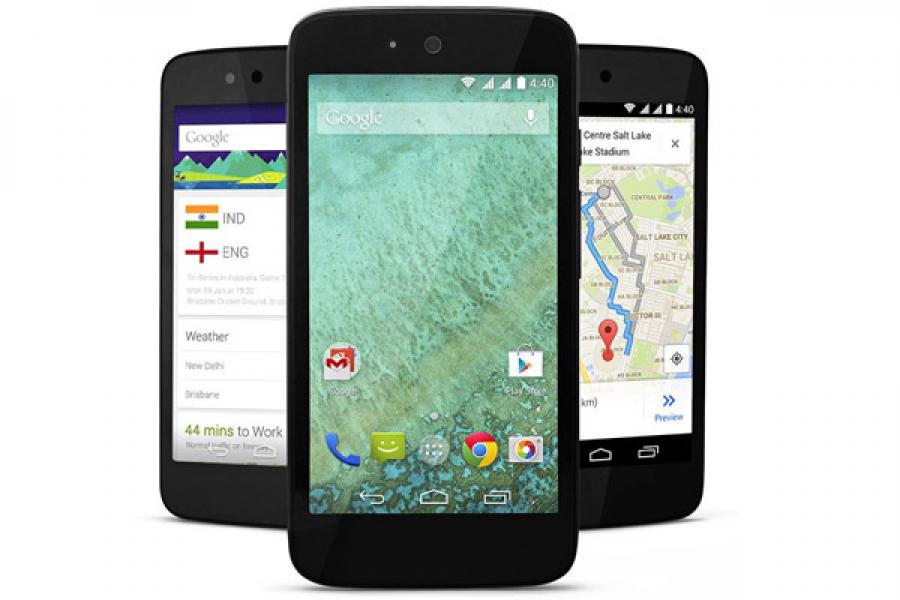 India’s telecom industry hit a first last week when Google selected this market for the worldwide launch of Android One, the new mass market smart phone manufactured in three versions by Micromax, Karbonn and Spice. Given that both Google and Apple usually choose the US for global launches, this is a great distinction for India. The internet giant chose wisely: India is one of the world’s largest and fastest growing smart phone markets, expecting to ship 80 million units this year alone. Within this 80m, the segment that Android One attracts at a INR 7,000 price tag will be significant, and so a decent share of that could result in anywhere between 2m to 5m units in a year. No market on earth betters that sort of volume potential today.

Priced at around INR 7,000, Android One targets the volume sweet spot in India by positioning it to drive a wedge between the low and mid-tier smart phone segments.  The device has been priced comfortably below the INR 10,000+ segment which remains a stretch for SEC C or D Indians who desire a smart phone experience, yet at the same same time it is priced higher than entry-level feature phones many of which have been tried and may not be chosen again when it is time to replace them. My team's recent survey of consumer value (http://read.pwc.com/i/229869) shows that over 50% of users of basic phones today plan to spend between INR 3,000 to 10,000 on their next phone, and this goes further to indicate that the Indian consumer's aspiration for more is fighting with her/his unending desire for value through feature-richness. If aspiration wins and the buyer believes Android One delivers more, then we can expect the device to outperform in gaining market share.

Android One runs on the KitKat 4.4 operating system which incorporates features such as an ability to store You Tube videos to be watched offline, automatic updates of apps and security features directly managed by Google onto the phone, as well as compression technology to go lighter on data consumption when browsing. These features create a phone that is likely to offer competition to higher priced models offered by other, established smart phone manufacturers. There is already talk of Android One threatening the market position of smart phone leaders Samsung or Apple, though I believe this is premature, given the space between their premium models and this one.  Rather, the Android One entry emphasises the question about whether the top-end leaders should be trying to move into this price segment as well. The sense is that Samsung will try, but Apple will continue its focus on the top-end, on tablets and in bolstering its apps and music ecosystem.

The compression technology in-built to the phone is a real plus. A mobile operator some years ago launched a project to install “Opera mini” compression browsing onto live handsets. However, the project to upgrade existing phones “over the air” proved to be more complex than expected, and the venture petered out within a few months. Better to install compression ability in the factory, which is what will happen with Android One. It will be interesting to see if operators are enthusiastic about this feature.

The facility to be able to watch YouTube videos offline targets new data users who are cost-conscious about data usage costs. A user can download a YouTube video over a WiFi connection and then watch it later with data switched off, meaning that streaming costs are avoided and also that the quality of picture is better. Too many users have been underwhelmed by slow video (due to poor 3G-connectivity and congestion) and high costs as data keeps purring away in the background.

What remains to be seen is if the Android One phone is able to guide the user to switch off auto updates on apps, so that data packages are used up more slowly, and whether it does live up to the promise of “smart switching” between WiFi and mobile networks, something that my Android phone features, but in my case, never seems to actually work. We also need to see whether the three manufacturers can properly differentiate their phones from each other beyond simply aesthetics.

To woo India’s value-obsessed buyer, Android has to offer simplicity, quality and ease of use to our millions of mid-low tier phone users. YouTube could become a “killer app” if film clips and cricket can be watched easily offline. If so, then Android One could not only play in the volume sweet spot, but could actually capture a better than par market share of it.

4,591
Thank you for your comment, we value your opinion and the time you took to write to us!

Tweets by @forbesindia
Prev
Can India learn anything from Asia's final frontier telecom market?
Next
India's democracy project has a new tool: the smart phone