We drove through Germany, Austria and Switzerland in three nights and four days—taking the scenic route through quaint European villages, this leg of the journey was a visual treat 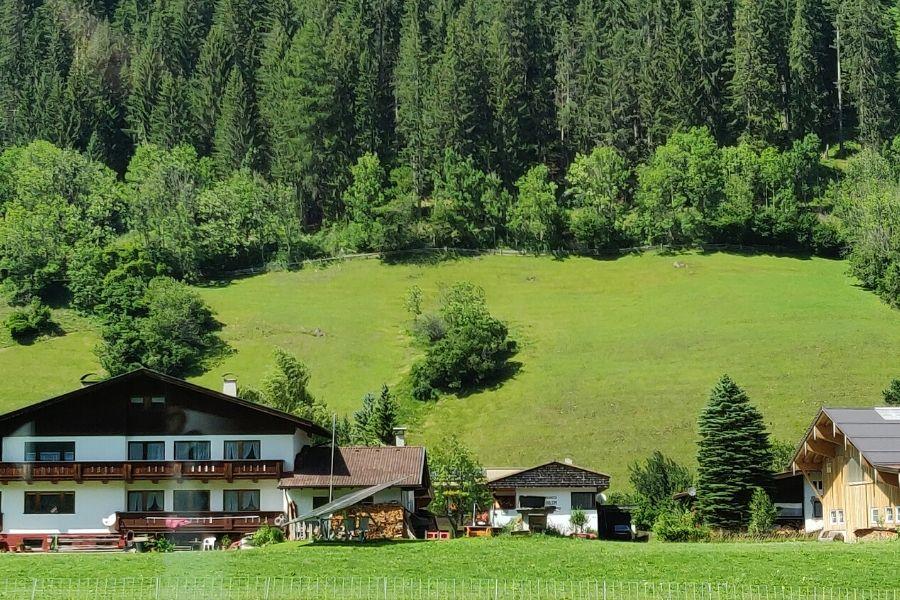 Poland to Prague, Czech Republic 656 kmsWe started off, in the lashing rain, towards Prague. By now, the Biking Queen (BQ) riders were way ahead of us, at speeds above 120 kmph. Every day, as per schedule, the riders stopped and waited a few minutes till we caught up, to fill gas every 200 km. This was the only sure way to catch up en-route, and make sure all was well.

Today, somehow, the riders realised that they didn't have enough fuel to get to the next fuel station. Here in Europe, unlike India, fuel stations are at a 75 to 90 km distance from each other. They had already done 240 km. This was not a good situation, especially in Europe, where the laws are strict about carrying fuel in a container. If caught, one would have to pay a heavy fine. 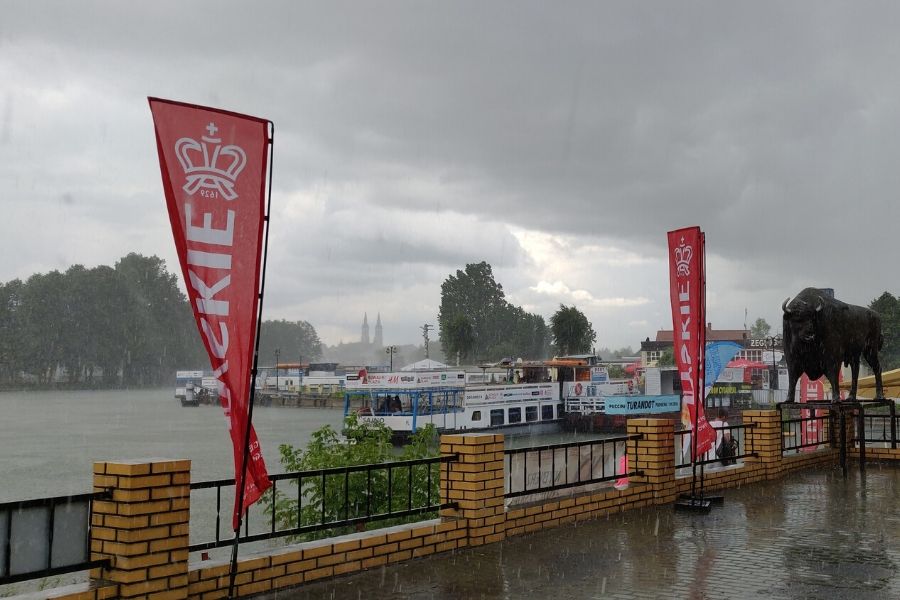 Lashing rain in Augustow city on the way to Prague

After receiving their location, I took a detour to a city nearby, bought the legally permitted plastic containers to carry fuel and took it to where they were stranded, in a parking zone by the highway. The detour cost us two hours.

To make the journey interesting, we chose to ride through the state highways. One can do this by choosing the option of no tolls and no ferries on the navigation maps. This will take you through the scenic route, passing through the countryside and through interesting little villages. The national highway route is straightforward, but quite boring.

The speed limits as one enters a small town or village is 50 kmph, and if the lanes are smaller, then 30 kmph. You can experience the cuisine, different architecture, great landscapes and get an opportunity to interact with locals, along with an enjoyable drive. We saw hundreds of modern windmills installed—the traditional kind are hardly to be seen. We reached Prague at 11.45 pm.

The next morning, I was greeted by the police, who had locked one wheel of my car. When we reached the hotel the previous night, I asked the reception for the hotel parking, located opposite the hotel entrance. I also asked them if I needed to shift the car in the morning—parking is free for the night, but charged during the day. I was told there was no such need. However, the police issued me a parking ticket, which cost about Rs 1500. The hotel management refused to accept their fault.

At 11 am, two Facebook followers—Mansi Patel and Purnima Sahni—came to the hotel to take us around Old Prague. They live 200 kms away from Prague, in Brno. Prague, also known as the golden city, is one of the most beautiful capital cities and must-visit. Majestic as can be, Prague is bisected by the Vltava River, nicknamed the 'City of a Hundred Spires'. Over this river is the 14th century Charles Bridge. Locals tell us that a part of the bridge was burnt by devils, but most of the bridge remained intact.

Many magnificent statues stand on either side of the bridge, which is built on 16 pillars. You can see tourists bowing to kiss the finger of St. John of Nepomuk's statue. According to legend, John of Nepomuk was tortured to death after he refused to give away the queen's confessional secret. Allegedly, his tongue stayed preserved hundreds of years after his death, thanks to his honesty. Many believe that it brings luck if you touch the statue. Blind faith exists in all nooks and corners of the world; India is not isolated in its faith of rituals.

The central square of Prague's old town is bustling with musicians and horse-drawn carts, creating an atmosphere as if one was visiting in the early 19th century. There is a very old astronomical mechanical clock tower in one corner of the old town, built in the year 1410, and hundreds of mobile cameras are out to capture its beauty. The atmosphere is festive, and all the seats around the eateries and pubs are fully occupied, as people sip on their beer or cup of coffee.

Prague's graffiti art, while considered illegal, is amazing. Few walls are spared of it. It is a very strong medium of expression. We were grateful for our Facebook followers, Purnima and Mansi, who travelled 200 km to meet us, and we thank them for sparing their time to show us around.

Prague to Erding, Germany: 361 kmThe way to Erding in Germany was one of the most scenic roads so far. From the plains of Prague, we drove through farmlands and hillocks towards Erding. Erding is a town in Bavaria, Germany, and home to the world's biggest breweries of wheat beer and Europe’s biggest spa. History tells us that Erding was burnt to the ground three times and completed destroyed in WWII. 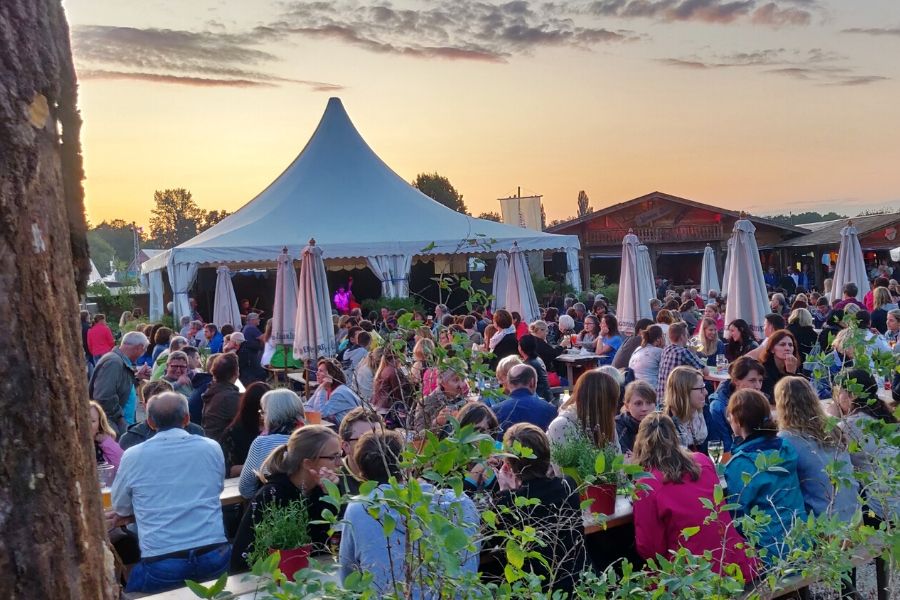 We attended the Erding summer festival, which featured four venues for various kinds of music. People from all over Bavaria come to attend the art and music fiesta. The first eatery at the entrance was an Indian Tandoori restaurant where I had Chicken Tandoori!

Erding, Germany to Warth, Austria: 248 kmI was really looking forward to being in Warth, known as the snowiest village in the Alps. It's filled with ski resorts for the winters, and known to be a paradise for motorcyclists in the summers. Even thought we tried months in advance, we couldn't find a hotel in Warth; so we ended up staying at a private house nearby, in Schröcken. The drive through the Hochtannberg-Pass was an experience, at 1,676 metres, between Warth and Schröcken. These roads are known to be very dangerous but spectacular, with their hair-pin bends, deep valley views, and tall trees around. It's like living in a dream, but driving here is not for the faint hearted.

Warth, Austria to Hemishofen, Switzerland: 210 kmSo, it was Germany, Austria and now Switzerland, in three nights and four days. The road leading from Schröcken towards the outskirts of Austria is grand. Narrow highways with lashing rain, carefully manoeuvring twists and bends, was the order of the day. I wanted to halt for pictures at each turn, but there was too much ongoing traffic for that. 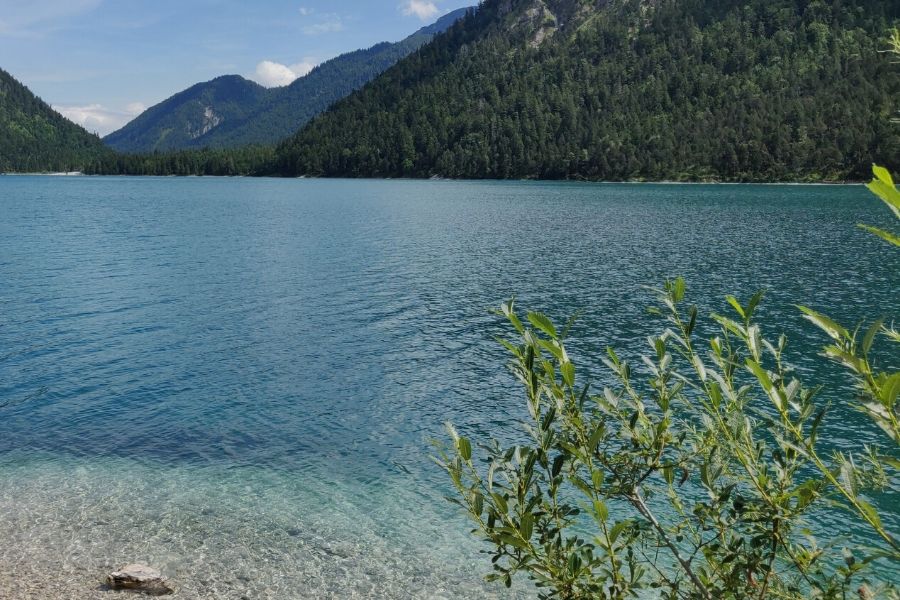 River running in the Alps on the way to Warth, Austria

Hemishofen, Switzerland, is situated near River Rhine, a landscape made up of forest and farm lands. We had selected a farm called Bolderhof for the night, hosted by a lady called Dorita. I loved this place: Rolling farmlands till the eye can see; what a pity we missed the Switzerland annual day, which was just a day ago, as nearby farmers come here to celebrate.

Dorita was a good host. They grow wheat and vegetables, have water buffaloes and an atomised milking unit. They also had a store for fresh farm produce. I promise myself that the next time I'm in Switzerland, I'll keep in mind the annual celebration of August 1.

We spent a relaxed evening here, as the team decided to cook. We played music off my Isuzu, sang and danced. Having fun all together, eating and drinking, were among the finest moments.

15,834
Thank you for your comment, we value your opinion and the time you took to write to us!